Red is the warmest color

By Chitralekha Basu in Hong Kong

Residents lay out a Chinese flag against the sprawling greens of Tamar Park. (PHOTO PROVIDED TO CHINA DAILY)

Images of mayhem on Hong Kong’s streets on July 1 — the 23rd anniversary of the city’s return to the motherland — have been circulating in the international media. However, Hong Kong is a much bigger place than the protest sites in and around Causeway Bay.

The scene was very different in many places elsewhere in the city — away from the epicenter of the, sometimes rather violent, skirmish between protesters of the new Hong Kong national security law, passed on June 30, and the police. The pictures of pride and optimism displayed by Hong Kong residents in the images shot by the China Daily photo team make for a refreshing change to the depressing scenario Hong Kong had to contend with for more than a year.

Since June 2019, the charged atmosphere on the city’s streets had kept many people indoors. Businesses had suffered. Major international events had to be canceled. Freedom of movement was severely affected. 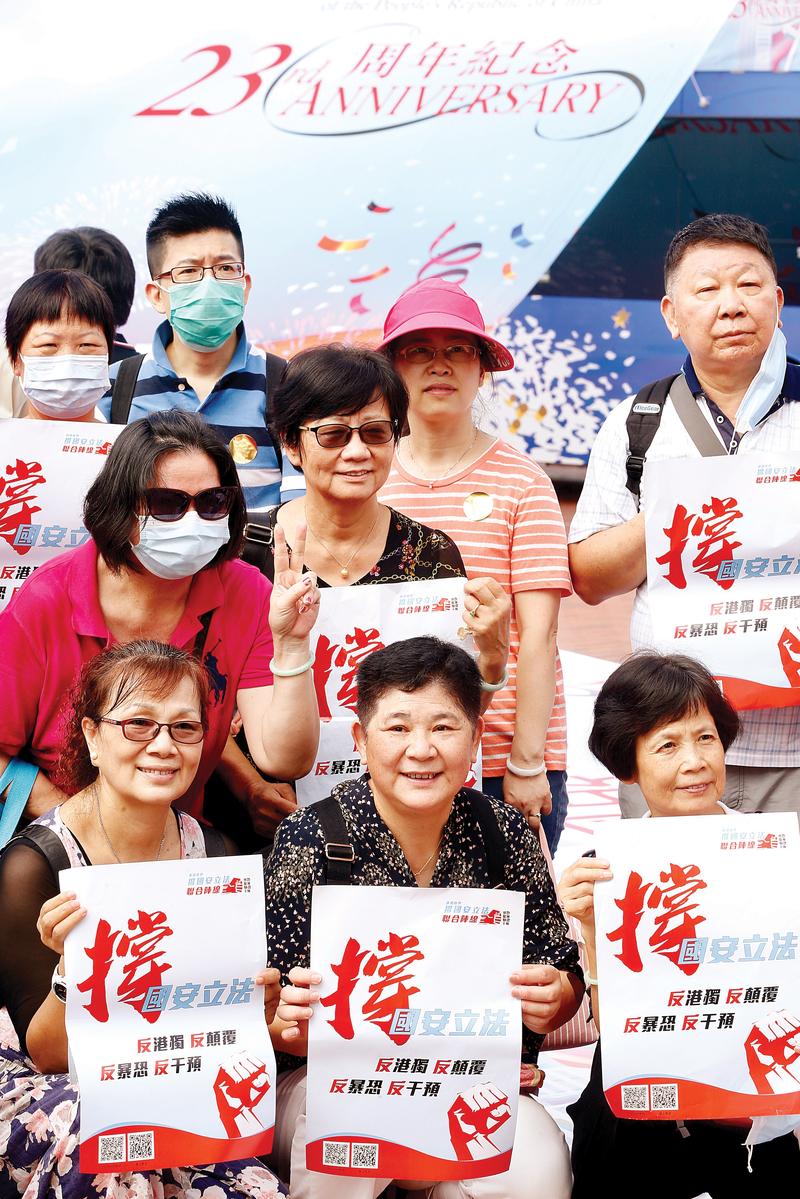 However, July 1 this year, arrived on a different note. Shedding their concerns about getting caught up in the unrest on the city’s streets, braving the sweltering mid-summer heat, residents stepped out in large numbers to celebrate Hong Kong’s return to the motherland after 156 years under British colonial rule, or even just to have a good time on a public holiday.

Many Hong Kong people seem hopeful again, of peace returning to the city’s streets and its economy bouncing back to robust health. Many of them are proud of being Chinese and not embarrassed or scared to wear the color representing a government they support on their sleeves, and even on their T-shirts.

May this July 1 foster a spirit of unity, inclusivity and respect for the freedom of others! 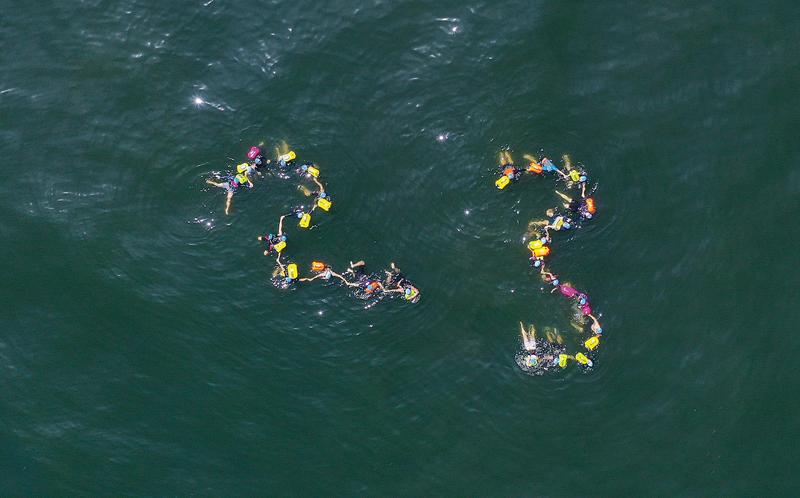 Swimmers make a formation in honor of 23 years of Hong Kong’s return to the motherland in the waters of Repulse Bay. (PHOTO PROVIDED TO CHINA DAILY) 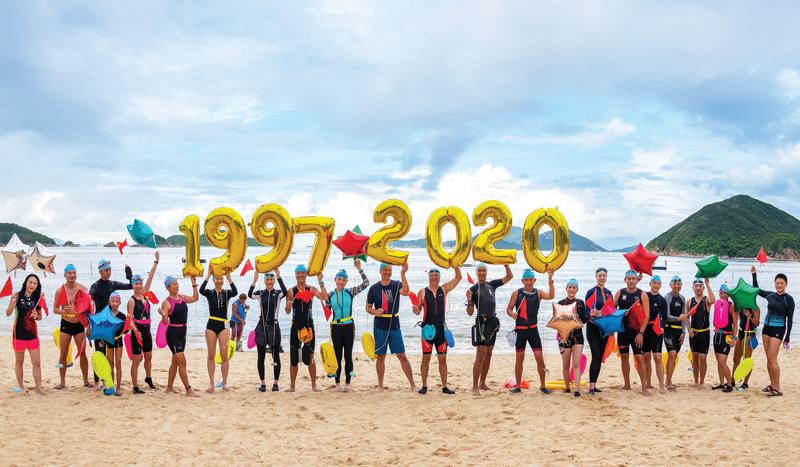 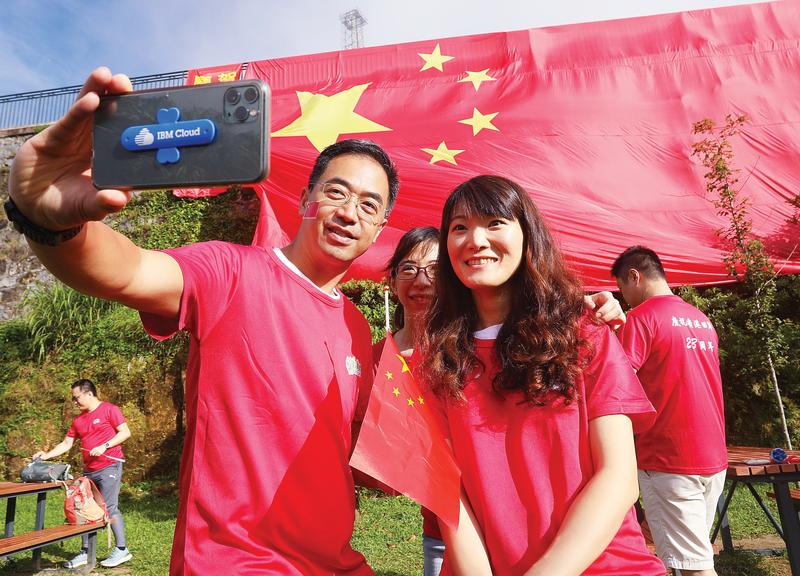 Visitors to the Peak get themselves photographed against the backdrop of a giant Chinese flag. (CALVIN NG / CHINA DAILY) 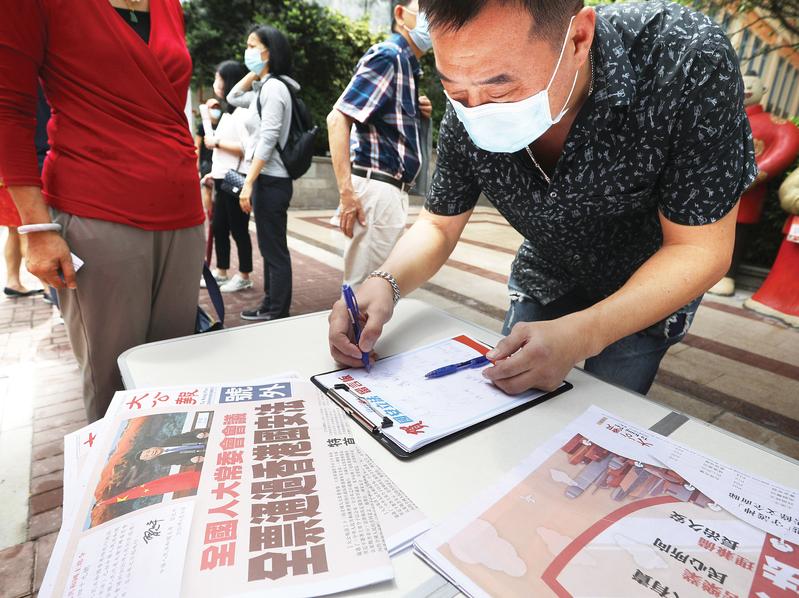 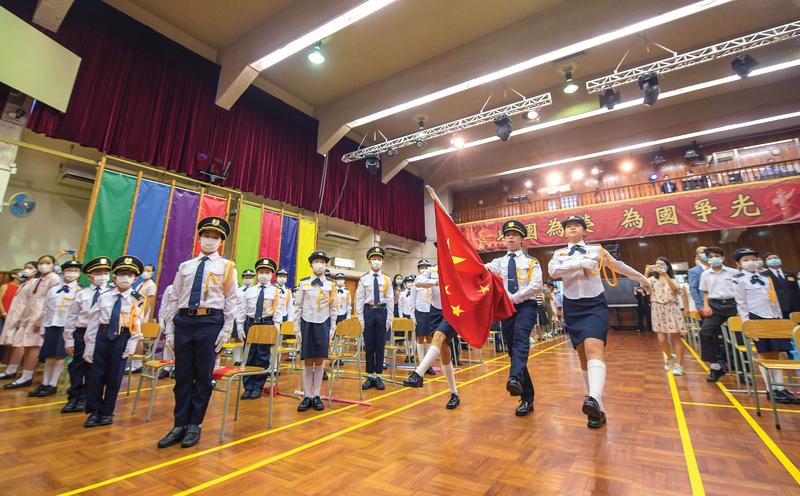 Students of HKFEW Wong Cho Bau Secondary School in Tung Chung celebrate the anniversary of Hong Kong’s return to the motherland on the morning of July 1. (PHOTO PROVIDED TO CHINA DAILY) 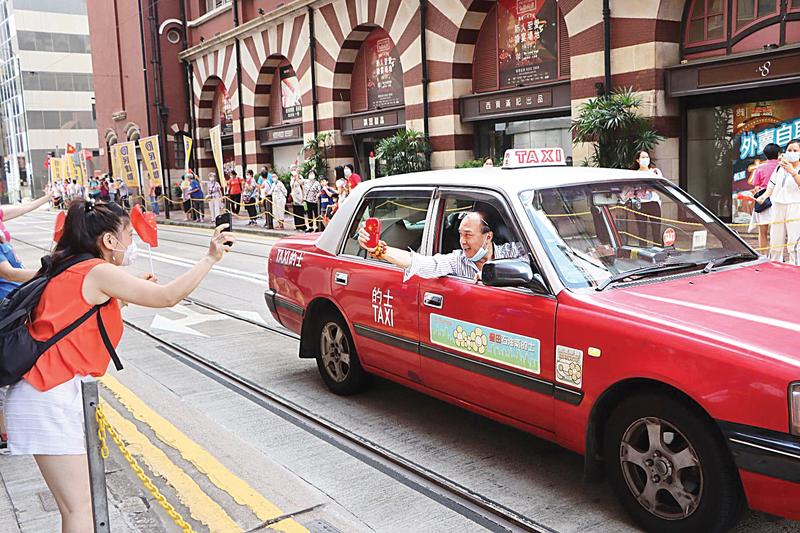