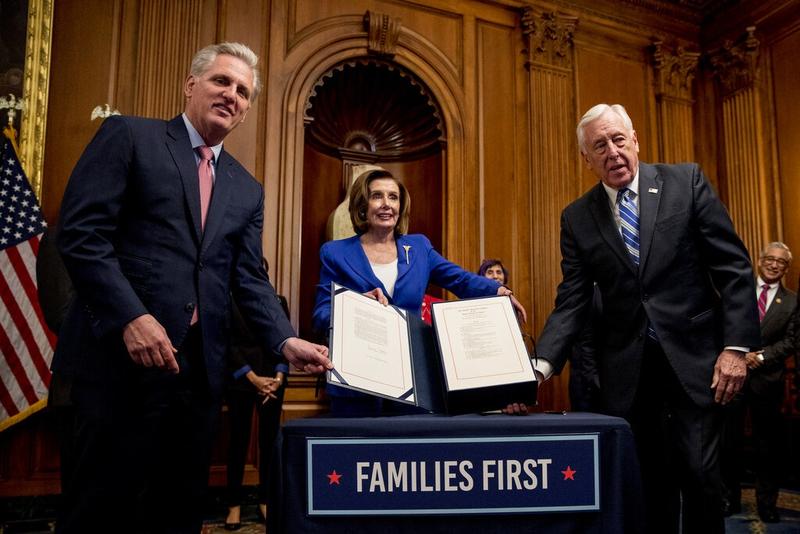 The US House of Representatives on Friday approved a US$2.2 trillion aid package - the largest in history - to help cope with the economic downturn inflicted by the intensifying coronavirus pandemic, as the sum of known US infections climbed well past 100,000, with more than 1,600 dead.

US President Donald Trump has quickly signed the bill into law.

READ MORE: WHO: US could be next 'virus epicenter'

That tally kept the United States as the world leader in the number of known infections, having surpassed China and Italy on Thursday.

The United States ranked sixth in death toll among the hardest hit countries, with at least 1,632 lives lost as of Friday night, a record daily increase of 370 according to a Reuters tabulation of official data. Worldwide, confirmed cases rose above 593,000 with 27,198 deaths, the Johns Hopkins Coronavirus Resource Center reported.

The House of Representatives passed the package by voice vote, which is the fastest way to vote. The Senate approved the bill on Wednesday night, following rounds of strenuous negotiations between Democrats and Republicans. 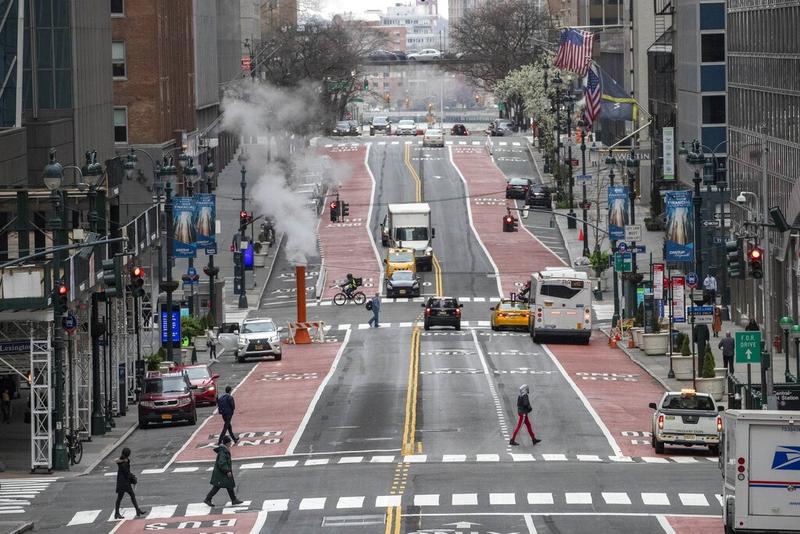 Individuals earning up to US$75,000 will receive US$1,200 payment, plus an additional US$500 for each child. The cash payments will phase out for people earning more than US$75,000 and would not go to individuals who earn more than US$99,000 per year.

It includes over US$100 billion in grants for doctors, nurses and hospitals, and 45 billion for the Disaster Relief Fund. 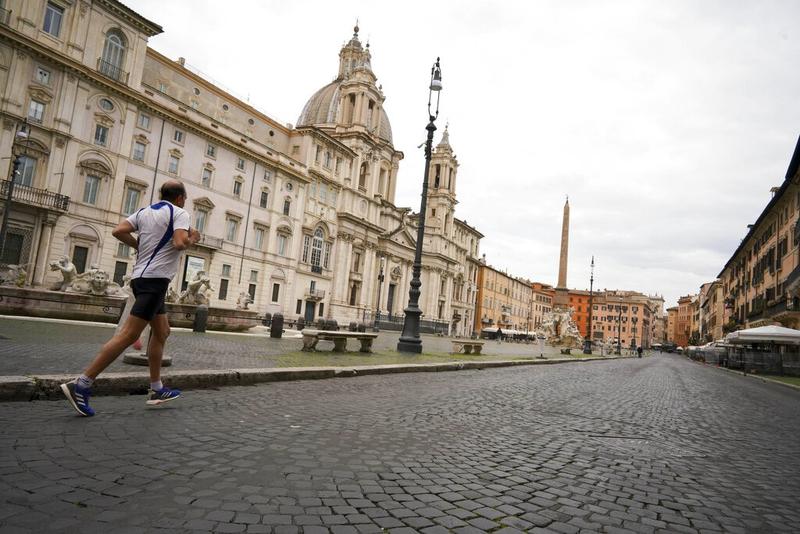 A man runs in Rome's Piazza Navona Square, two and half weeks into a national lockdown to contain the spread of the virus, in Rome, March 28, 2020. (ANDREW MEDICHINI/AP)

The number of COVID-19 cases worldwide has exceeded 600,000, according to the latest data from Johns Hopkins University's Center for Systems Science and Engineering (CSSE).

Britain is scaling up coronavirus testing for frontline National Health Service (NHS) staff, with hundreds of tests due to be carried out in coming days and many more next week.

The United Kingdom has so far reported 14,579 cases of the virus and 759 deaths, with the peak of the epidemic in the country expected to come in a few weeks. Prime Minister Boris Johnson and health minister Matt Hancock are among those who have tested positive.

Ireland’s prime minister ordered citizens to stay home until April 12 to help slow the spread of coronavirus, telling them they can only leave to shop for groceries, for brief individual physical exercise or to make family visits that are essential.

Almost all shops will be shut, all public gatherings outside of household units prohibited completely, and those over the age of 70 or with chronic diseases will be told to stay in their homes completely.

These “radical actions” were aimed at saving as many lives as possible, Prime Minister Leo Varadkar said.

The cumulative number of coronavirus cases in Italy reached 86,498 on Friday, exceeding the total figure registered in China.

The pandemic claimed 969 lives, a new single-day record high in fatalities registered since the outbreak hit the country's northern regions on Feb 21. 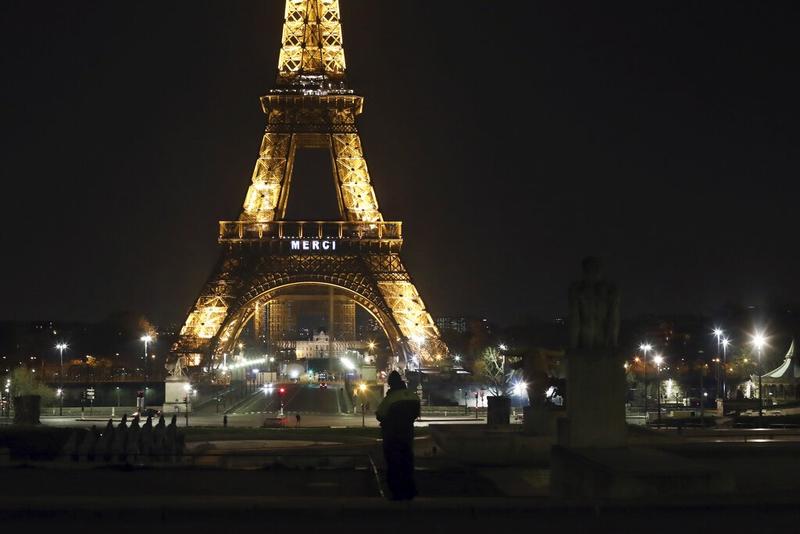 The word "Merci", the French word for "Thank you", is emblazoned on the Eiffel Tower as France's coronavirus toll continued to climb, in Paris, March 27, 2020. (CAMCUS THIBAULT/AP)

The number of confirmed coronavirus cases in France has risen by 13 percent within a day to reach a total of 32,964 as of Friday, the 11th day of national lockdown imposed to contain the outbreak, Health General Director Jerome Salomon said.

A total of 1,995 people had died, an increase of 299 from Thursday, Salomon added in an update.

Police and the Finnish army set up roadblocks on all routes that connect Helsinki with the rest of the country, while Finland’s parliament approved the plan at the last moment to enforce the capital region’s coronavirus blockade by midnight on Friday.

Finland’s government decided on Wednesday to issue a three-week blockade of the region around Helsinki, the epicentre of the coronavirus outbreak in Finland, to prevent people from travelling and spreading the virus elsewhere in the country.

By Friday, authorities had counted seven deaths and 1,025 confirmed COVID-19 cases in Finland, most of them in the capital region.

A German town has turned a gymnastics hall into a facility to hold potential offenders against quarantine rules that stipulate a 14-day isolation period for those who test positive for the coronavirus and those who come into contact with them.

Germany has recorded some 43,000 confirmed cases of coronavirus and 253 deaths. 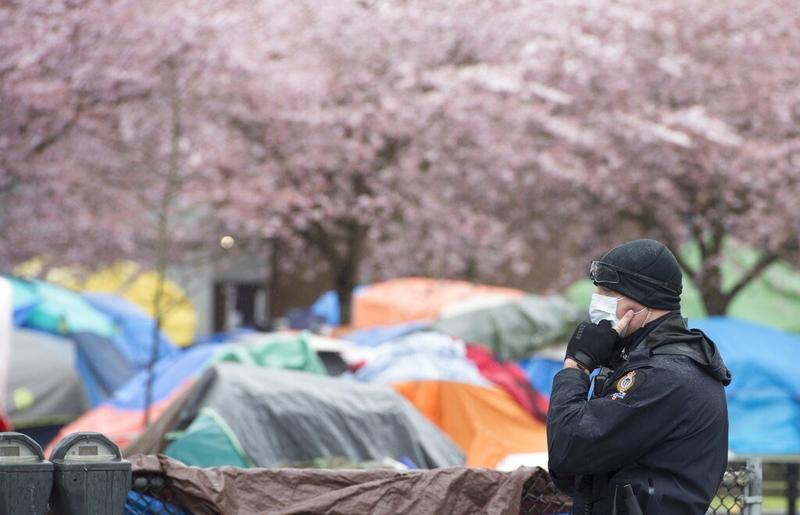 Canada’s top lenders lowered their prime rates by 50 basis points on Friday, hours after the central bank unexpectedly cut its key interest rate to help the county weather the economic fallout of the coronavirus pandemic.

To date, Canada has reported 4,689 coronavirus cases and 53 deaths.

Bustling streets and long queues at supermarkets highlighted South Africa’s struggle to adapt to a new lockdown on Friday, as the country recorded its first coronavirus death.

In the poor township of Alexandra near Johannesburg’s financial district, a group of men drank openly in the street until police intervened and ordered the supermarkets to close.

South Africa’s 21-day lockdown restricts people to their homes for most activities including exercise, only permitting them to go out to buy food or for health emergencies.

With shops, restaurants and offices shuttered and the number of confirmed coronavirus cases rising to 1,170, streets in affluent parts of Johannesburg appeared quieter than usual.

The director of one of Haiti’s top hospitals was kidnapped on Friday, prompting staff to refuse to take in new patients in protest as the impoverished country battles an outbreak of the novel coronavirus amid a spike in gang violence.

Dr. Jerry Bitar, a surgeon, was kidnapped shortly after leaving for work at Hospital Bernard Mevs from his home in an upmarket neighborhood of the capital, hospital staff told Reuters.

Kidnappings for ransom have sharply increased this year amid a political and economic crisis in Haiti, which according to the World Bank is the poorest country in the Western Hemisphere.

A crowd gathered outside the facility in solidarity with Bitar, who runs the hospital together with his twin brother, while staff chanted in unison calls for his release. Haitian media outlets also pleaded for bandits to free Bitar.

The relevant authorities are following the case, a Health Ministry spokesman said.

Haitian authorities have so far confirmed eight cases of the coronavirus. President Jovenel Moise last week declared a state of emergency, ordering schools, factories, and places of worship shut to prevent the spread of the virus, closing the country’s borders to people and imposing a curfew. 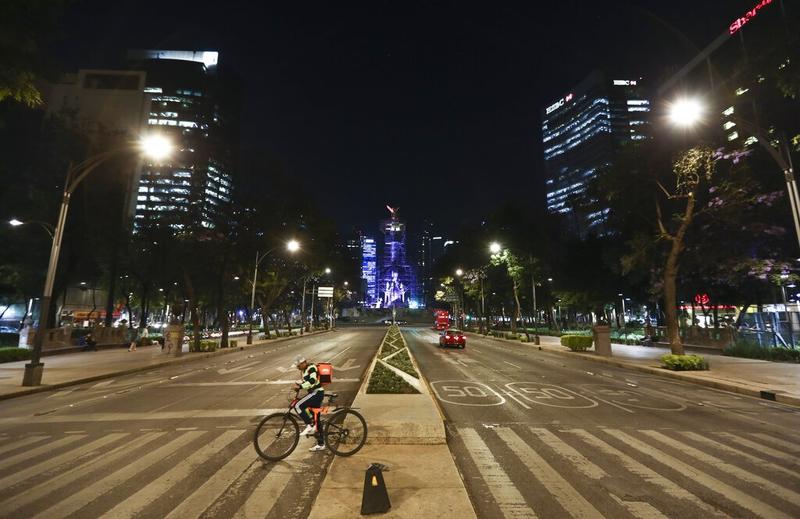 Mexico’s health ministry on Friday said it had registered 717 cases of coronavirus in the country, up from 585 the day before.

The ministry also said there had been 12 deaths overall from the virus in Mexico, up from eight a day earlier.

They also confirmed 112 new cases of the virus, which has now been detected in 786 people overall in Panama.