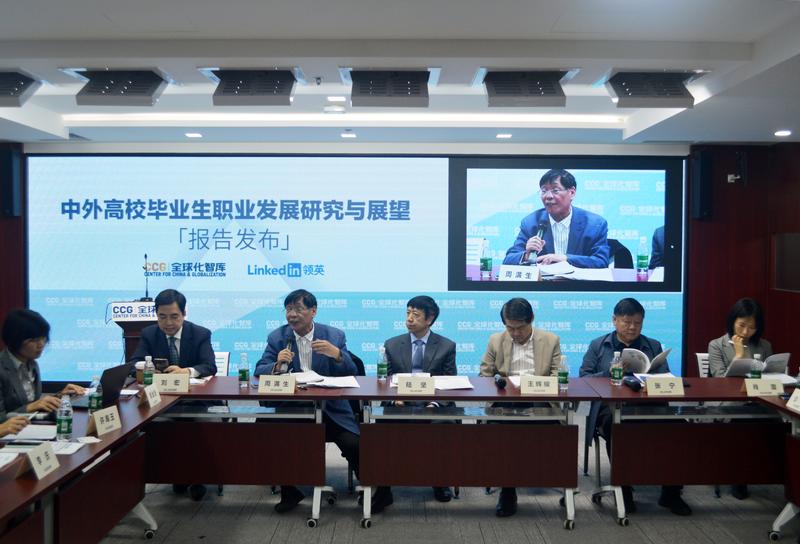 Scholars and industry insiders discuss China's employment landscape on Nov 18 during the release of a research report comparing career choices between graduates of top Chinese and overseas universities. (PHOTO PROVIDED TO CHINA DAILY)

Around three quarters of graduates from the nation's top universities would like to take up their first job in China, a new research suggests.

The report, "University Alumni Insights: Career Development Prospects for Chinese and Global Graduates 2021", produced by Beijing-based Center for China and Globalization and the United States-based professional networking site LinkedIn was released on Nov 18.

The sample, referred to as Chinese U10 graduates, is drawn from around 190,000 LinkedIn users who claim to have graduated between 2016 and 2020 from 10 of the universities that are supported by the national Double First-Class initiative that aims to develop world-class universities and first-class disciplines.

Around 40 percent of these graduates chose to take up further study, a figure that has grown steadily despite the impact of the COVID-19 pandemic. For those going abroad, the US remains the prime destination, followed by Europe and other Asian countries and regions outside the Chinese mainland.

Around 320,000 overseas students from the Chinese mainland stayed in the US during the 2020/21 academic year, dropping by 14.8 percent, but still accounting for nearly 35 percent of international students.

The "university alumni insights" report also looks into around 2.5 million LinkedIn users graduating from the top 100 universities around the world as listed in the 2022 QS World University Rankings, called as G100 graduates in the report.

Although recent years have seen an increasing number of G100 graduates embark on further study after obtaining their bachelor's degree, especially after the outbreak of the COVID-19 pandemic, the proportion is only half of that of the Chinese U10 graduates in 2020.

An average of 75.34 percent of Chinese U10 graduates started their career domestically over the last five years. But there is a year-on-year drop during the period. Particularly, in 2020, there was a decrease from 72.96 percent to 66.07 percent.

Europe has overtaken the US in becoming the most preferred place for graduates to take up the first job that usually comes after overseas study. While only 4 percent of Chinese U10 graduates embarked on their career in the US in 2020, in the same period, 14 percent began working in Europe, soaring from 7.91 percent in the previous year. 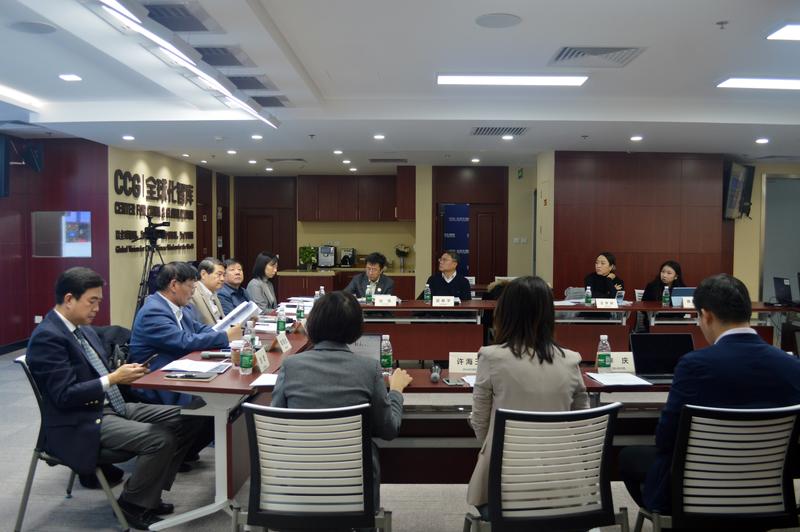 However, over the past five years, only one in 10 G100 graduates chose to take their first job in China, and that number possibly includes overseas Chinese undergraduates, indicating a limited appeal for foreign talent.

Seven Chinese tech giants including Huawei, Tencent, ByteDance and telecom equipment maker, TP-Link, are among the top 10 employers for Chinese U10 graduates, together with Microsoft and the accounting firms Ernst and Young and PricewaterhouseCoopers.

Notably, Huawei ranks fifth among the top 10 employers appealing to G100 graduates, being the only Chinese company on the list. The United Kingdom's National Health Service ranks ninth alongside other financial service providers and tech companies.

Chen Lijun, professor of public human resources management at Zhejiang University, says the numbers suggest a more open and internationalized environment for Chinese graduates, while also indicating that it's more challenging to attract overseas Chinese students and foreign talent to come to China to work after their graduation.

According to Chen, companies like Huawei are likely to play a major role in attracting international talent and it's vital for the country to create a talent-friendly environment.

Xiao Lei, from the Beijing-based China Education Association for International Exchange, points out that the country lacks a unified, effective and regular information aggregator of internship and job opportunities for foreign talent.

Nevertheless, different data sources and recruitment processes may lead to discrepancies. For example, community and social services are among the popular work categories for G100 graduates, but not among those for Chinese U10 graduates.

According to Li Qing, director of the talent internationalization research group of CCG, achievements in the battles against absolute poverty and the COVID-19 pandemic in recent years depended much on a large group of grassroots community workers, but recruitment of these positions usually follows a specialized procedure that doesn't rely much on social networking platforms to operate. Therefore, the statistics are not included in the sample.

Data from the Ministry of Education suggests that a total of 6.56 million Chinese have studied abroad between 1978 and 2019. Apart from the 1.65 million continuing their studies, 86 percent have returned home after graduation.

Moreover, public information shows that the five Chinese universities that belong to both the U10 and G100 samples count, all together, had more than 50,000 graduates in 2020 alone, suggesting that the sample for Chinese U10 graduates, less than 200,000 individuals over a five-year time span, may not be able to show a full picture of the Chinese employment landscape.