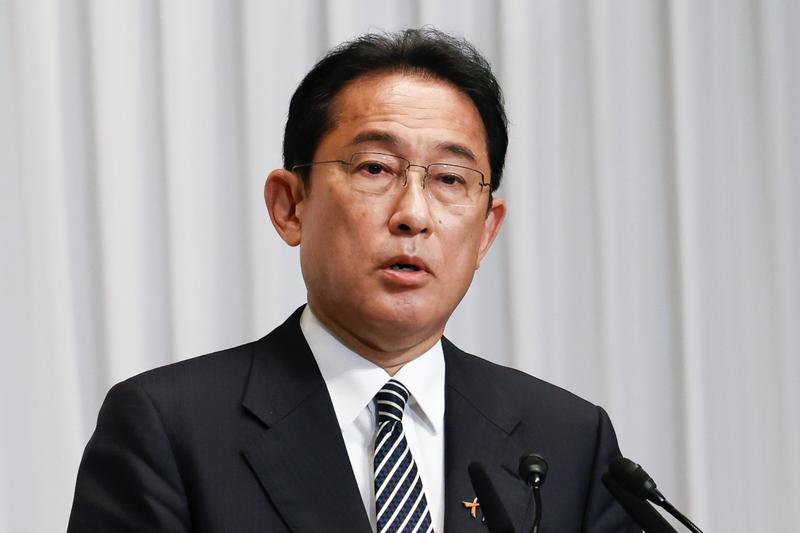 Prime Minister Fumio Kishida delivered his first extra budget, funding Japan’s biggest-ever fiscal package, as he tries to lay the groundwork for what he’s billed as a new version of capitalism and secure an economic recovery before next year’s elections.

Kishida’s cabinet approved new spending of 36 trillion yen ($316 billion) and the issuance of about 22 trillion yen in new government bonds to pay for it, according to government documents released Friday that confirmed earlier reports.

READ MORE: Japan's Kishida to forge ahead with economy plans after win

More than a trillion yen in cash handouts for households with children, along with several trillion more for restaurants and other businesses hit by the pandemic are among the measures.

While Japan appears to have brought COVID-19 under control for now, the stock market tumbled and the yen strengthened earlier Friday on concerns over new variants of the virus found in Hong Kong and South Africa, a reminder of the continued risks.

Still, some analysts have questioned the need for so much spending now, given that Japan has been able to lift most restrictions on activity and the economy was forecast to rebound on its own.

“We took the action that was needed,” Suzuki said. “But it does make Japan’s financial situation more challenging.” 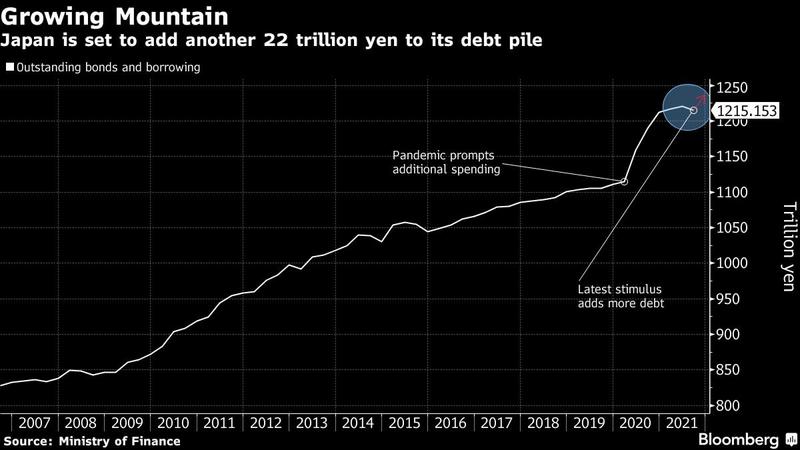 Kishida, who had been known for being fiscally cautious, surprised investors last week by unveiling a record fiscal package of 56 trillion yen, following a report days earlier that the economy shrank last quarter for the fifth time in eight quarters.

But with vaccination rates now over 75 percent and restrictions on economic activity largely lifted, the recovery already looked poised to pick up.

Even without the latest stimulus factored in, the International Monetary Fund calculates that Japan’s government debt will reach 257 percent the size of GDP in 2021, the most among developed nations.