Lessons of Meng's political abduction must be heeded 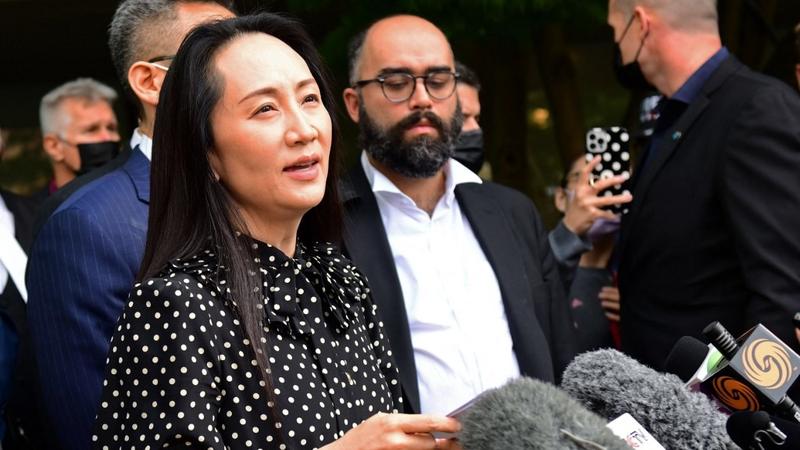 The great attention given Huawei Chief Financial Officer Meng Wanzhou's return to China on Saturday speaks volumes about the magnitude of the incident' s influence, which has in essence been a political abduction of her by the United States, with Canada as its accomplice.

China's resolve to help protect Meng's legal rights and interests has never faltered, and has ensured she can make "the sweetest journey", returning home safe and sound.

The heartfelt thanks Meng has extended upon her "release" to the Chinese people for their support and assistance, as well as the effusive, warm responses she has received in return from the nation, bear testimony to her gratitude that the motherland was always "a ray of light" that was never extinguished even in the "darkest moments".

Since she was detained by Canadian police at the behest of the US while changing flights at Vancouver airport on Dec 1, 2018, the motherland has left no stones unturned in its efforts to support her in her fight against the unfounded charges and to help her regain her freedom.

Having been detained in an illegal manner by the Canadian police, she was then subject to judicial investigations, hearings and trials, none of which lived up to the claims they were independent and impartial. And none of the so-called evidence Washington and Ottawa cobbled together has ever held any water.

Her release, which has not been obtained in exchange for an admission that she was guilty as charged, shows her ordeal has never been anything other than a dirty give-a-dog-bad-name-and-then-hang-it trick of the US, which wanted her as a political hostage as part of its efforts to break Huawei, the leading player in the global 5G market.

Those making the political abduction possible have every reason to feel ashamed of the fact that it was not brought to an end and corrected even after the whole world recognized it for what it was. And even after China did all it could to create opportunities for them to put a stop to it.

China's resolve to help protect Meng's legal rights and interests has never faltered, and has ensured she can make "the sweetest journey", returning home safe and sound.

The US likes to portray itself as the "beacon of freedom", and Canada presents itself as a model of human rights and judicial independence. But the incident speaks for itself — neither is true. The incident has already been recorded by history as marker how low the two countries are willing to stoop in their efforts to contain China.

And this is not the first time the US has resorted to such a dirty maneuver to hobble a technology enterprise it wants to make too big for its boots. Any senior executives of non-US companies leading their US counterparts in their respective fields should be wary of the risks of being taken political hostage by the US.

Whether Sino-US and Sino-Canada relations can now take advantage of what is a clear opportunity for a reboot depends on the extent to which Washington and Ottawa are willing to heed the lessons of their rash ploy.

If they are, then hopefully the two sets of relations can be put back on a more amicable track. That would be of benefit not just to Canada, the US and China, but also the world, which desperately needs greater stability and a concerted focus on addressing the grave global challenges that are becoming ever more acute.