Meng Wanzhou back in China 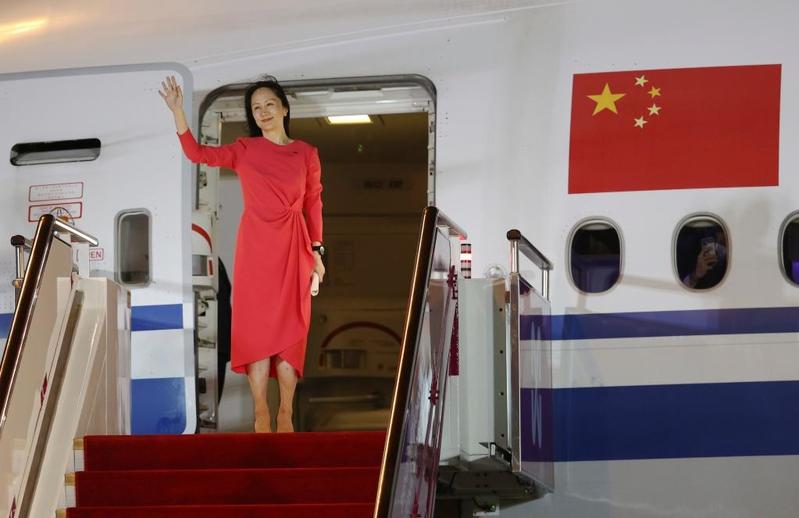 BEIJING - Meng Wanzhou, Huawei's chief financial officer, arrived in the southern Chinese city of Shenzhen on Saturday night on a charter flight organized by the Chinese government, after being illegally detained for nearly three years in Canada.

At around 10 pm, the charter flight touched down at the Shenzhen Bao'an International Airport.

President Xi Jinping cares about the safety of each and every Chinese citizen, including me. I am deeply moved.

Meng, in a red dress, waved to the welcoming crowd after she stepped out of the cabin, which was emblazoned with China's national flag. As she walked down the stairs, applause and cheers erupted from the crowd. Airport staff presented flowers to her.

READ MORE: Lessons of Meng's political abduction must be heeded

Meng's family members, central and local government officials, as well as her Huawei colleagues were among the more than 100 people waiting at the airport.

There were no handshakes or hugs due to epidemic prevention concerns. Meng made a brief speech at the airport.

"After more than 1,000 days of torment, I am finally back in the embrace of the motherland," Meng said.

"I am back, motherland!" she chanted to the cheering crowd. 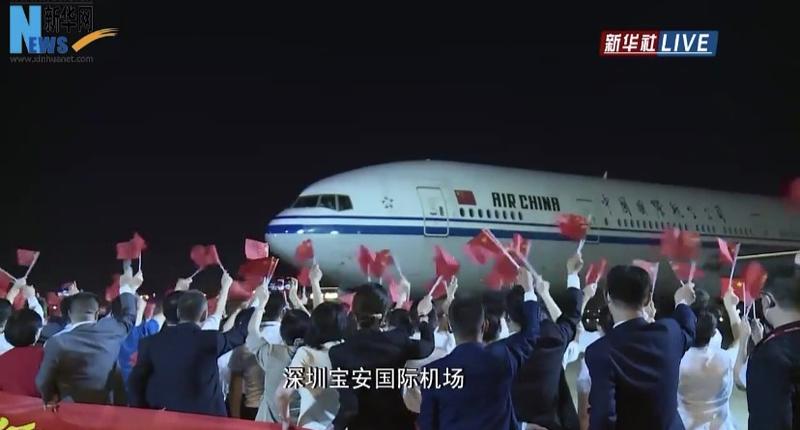 "As an ordinary Chinese citizen who had suffered this plight and been stranded overseas for nearly three years, there was never a moment when I did not feel the care and warmth of the Party, the motherland and the people," she said.

"President Xi Jinping cares about the safety of each and every Chinese citizen, including me. I am deeply moved," Meng said. "I also thank the relevant departments for their support and help. They have resolutely safeguarded the legitimate rights and interests of Chinese enterprises and citizens."

"The motherland provides us the strongest backing," Meng said. "As an ordinary Chinese person, I am proud of my motherland."

Meng bowed several times during her speech to the crowd, who cheered and applauded her emotional address.

The crowd broke into an impromptu rendition of the patriotic song "Ode to the Motherland" after the speech. Meng then sang together with them. 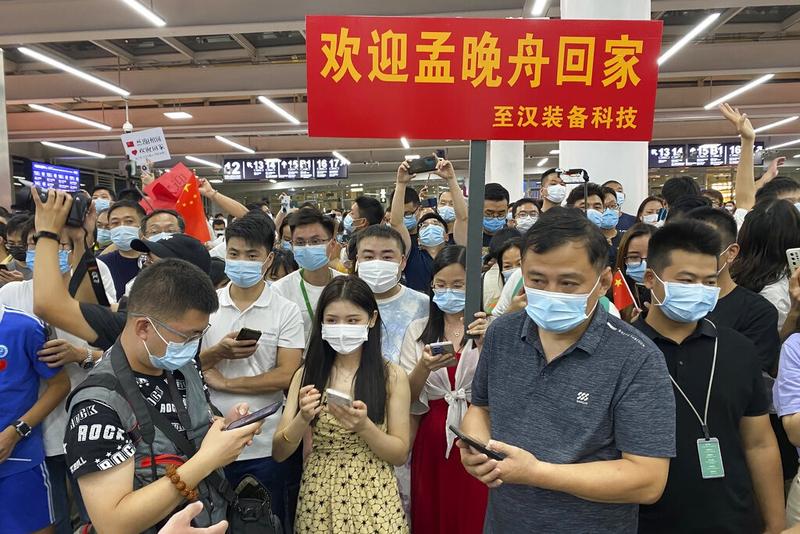 Meng was arbitrarily detained by Canada on a US extradition request on Dec 1, 2018 at Vancouver International Airport.

She has pleaded not guilty to all charges against her and reached a deferred prosecution agreement with US prosecutors. The US side has withdrawn its extradition request. Meng did not pay any fines.

The so-called fraud charges against Meng are nothing but pure fabrication, she said. "What the United States and Canada have done is a typical case of arbitrary detention."

The news of Meng's release has aroused a strong reaction among Chinese internet users. Her return, made possible after the Chinese government's unremitting efforts, was hailed as a major victory achieved by the Chinese people.

"I'm so excited, I'm on the verge of tears," said one comment.

Meng's arrival was broadcast by the state broadcaster. People in Shenzhen, where Huawei is based, welcomed her return with enormous enthusiasm.

On Saturday night, many landmark buildings in the city exhibited giant welcome slogans, while drones flew in formations to form welcome messages. At the airport, patriotic songs were played in the terminal.

In accordance with epidemic control regulations, Meng will be quarantined at a designated hotel after her arrival.

In a virtual hearing in New York on Friday afternoon, Meng pleaded not guilty to all charges against her and reached a deferred prosecution agreement with US prosecutors.

According to the agreement, US prosecutors agreed to defer Meng's prosecution until Dec 1, 2022.

The US Department of Justice will dismiss the indictment against Meng as well as the underlying charging instruments against her as long as Meng remains in full compliance with her obligations under the agreement for the deferred period, according to the agreement. 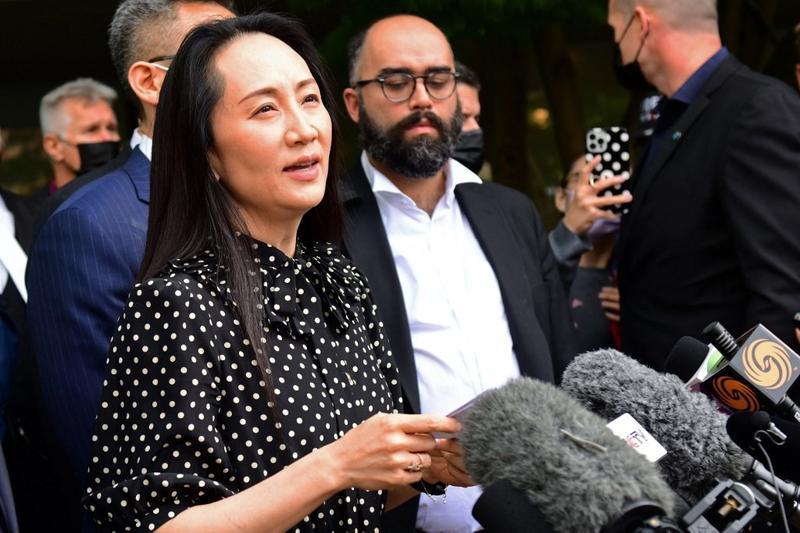 Meng also agreed to a statement of facts as part of the agreement.

"Under the terms of this agreement, Ms Meng will not be prosecuted further in the United States and the extradition proceedings in Canada will be terminated," said William W. Taylor, III, counsel to Meng and partner with law firm Zuckerman Spaeder in a statement on Friday.

"She has not pleaded guilty and we fully expect the indictment will be dismissed with prejudice after fourteen months," the lawyer stressed.

"This Deferred Prosecution Agreement will lead to the end of the ongoing extradition proceedings in Canada, which otherwise could have continued for many months, if not years," stated Acting Assistant Attorney General Mark J. Lesko for the US Justice Department's National Security Division.

Meng was arrested by Canadian authorities at the request of the US in December 2018.

She was accused of misrepresenting Huawei's relationship with Skycom in a PowerPoint presentation to the HSBC bank in 2013 and putting the bank at risk of violating US sanctions against Iran. Meng and Huawei repeatedly denied the accusation.