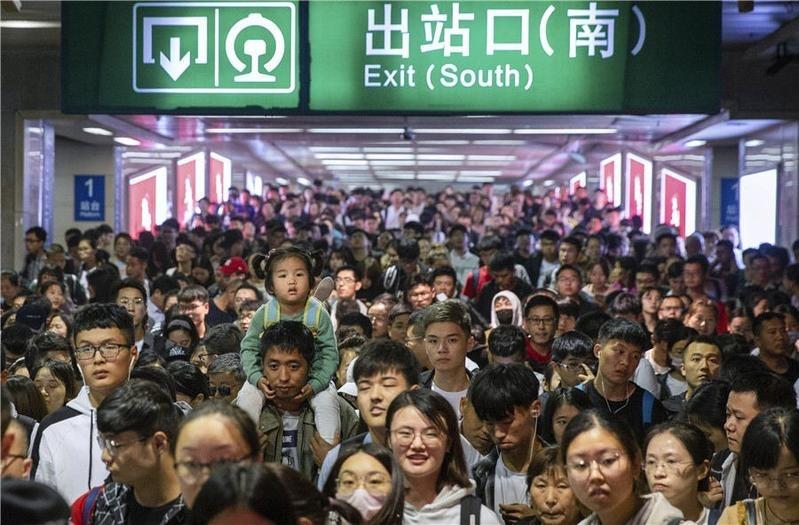 The railway passenger flow is expected to recover to the level of last year, China State Railway Group said

Passenger trips are expected to peak on Sunday, the first day of the three-day holiday for the festival, said the company, noting that 11 million trips are estimated on that day.

The railway passenger flow is expected to recover to the level of last year, the company said, citing bookings already made on 12306.cn, China's official railway ticket reservation website.

The Mid-Autumn Festival which falls on Sept 21 this year, is a traditional festival symbolizing family reunions.