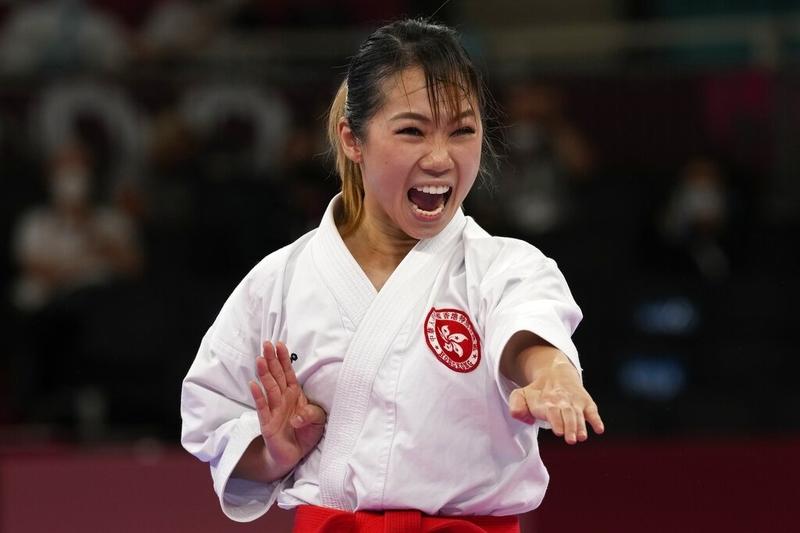 Grace Lau Mo-sheung of Hong Kong competes in the ranking round of the women's kata event at the 2020 Tokyo Olympics, Aug 5, 2021, in Tokyo, Japan. (VINCENT THIAN/AP)

Lau scored 26.94 – 18.9 in technical performance and 8.04 in athletic performance – to beat Turkey’s Bozan Dilara by a score of 0.42, winning bronze at the Nippon Budokan in Tokyo.

It is the second medal for Hong Kong in one day. Hong Kong's table tennis team defeated Germany earlier in the day to win the bronze medal in the women’s team event.

"Grace Lau impressed us with well-executed moves in her own rhythm. Her marvelous performance was a showcase of talent with great strength, speed and beauty," Lam said in a statement. 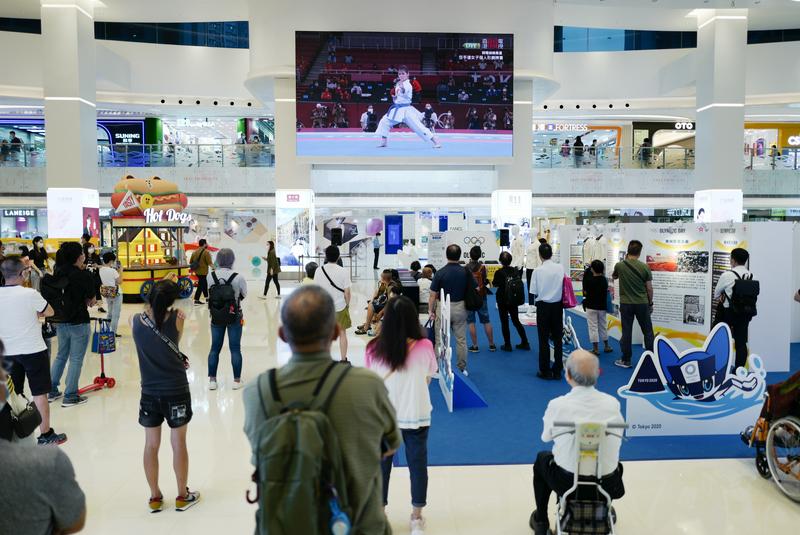 "After performing very well and winning various medals at international competitions in recent years, she continued to give an outstanding performance at the Tokyo Olympics today and won a bronze medal, which is well deserved," Lam added.

She also won the Female Individual Kata silver at the 16th AKF Senior Championships in 2019.

Apart from Thursday’s two bronze medals, Hong Kong has so far won one gold and two silvers in the 2020 Games.