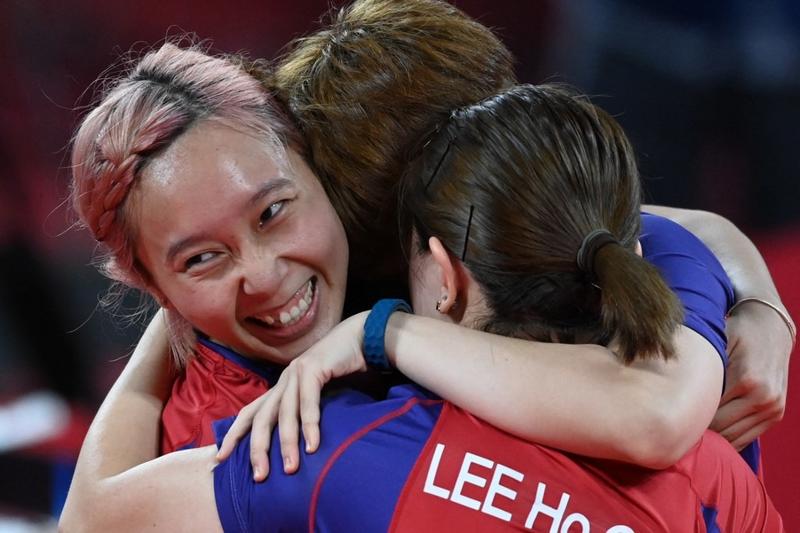 Hong Kong's Minnie Soo Wai-yam celebrates with her teammates after Hong Kong won the women's team table tennis match for the bronze medal against Germany at the Tokyo Metropolitan Gymnasium during the Tokyo 2020 Olympic Games in Tokyo on August 5, 2021. (ADEK BERRY / AFP)

HONG KONG – Hong Kong defeated Germany to win the bronze medal in the women’s table tennis team event in Tokyo on Thursday, in a closely-contested victory scored by the SAR’s home-grown talent. 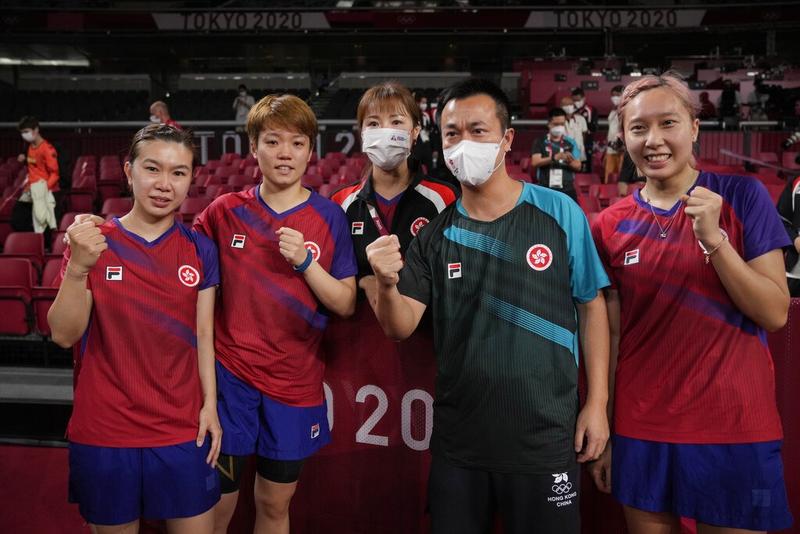 Hong Kong's women's table tennis team pose for photo with their coach after winning the bronze medal match against Germany at the 2020 Tokyo Olympics on Aug 5, 2021. (KIN CHEUNG / AP)

This is the second time Hong Kong has won a medal at a table tennis competition in the Olympic Games. Hong Kong last won a silver medal in the Athens Olympics in 2004.

I'm moved by the great perseverance and tenacity displayed by the Hong Kong table tennis team in the competition ... Their full engagement in the team competition deserves our great respect.

"I'm moved by the great perseverance and tenacity displayed by the Hong Kong table tennis team in the competition. Though they have gone through ups and downs in their previous competitions, they continued to demonstrate solidarity," Lam said in a statement.

"Their full engagement in the team competition deserves our great respect."

Lam said she was delighted by the success of the team led by coach Li Ching, who was one of the silver medalists in the men's doubles at the Athens Olympics. "It shows the great tradition of our athletes who pass the baton to the younger generations," said Lam.

"I hope Hong Kong athletes can continue to achieve outstanding results in the remaining competitions and bring glory to the city," Lam said.

The German team is known as “two-thirds” Chinese, with both Shan Xiaona and Han Ying born in China. The team won the silver in the team event at the 2016 Summer Olympics in Rio de Janeiro.