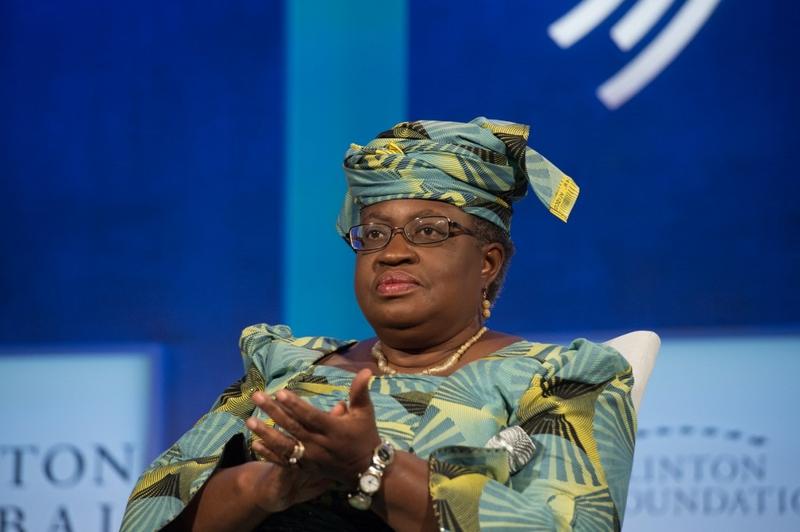 GENEVA - The World Trade Organization's bid to select a new leader was plunged into uncertainty on Wednesday after the United States rejected the Nigerian woman proposed as the global trade watchdog's next director-general.

Just six days before the US election in which trade is a hot topic, Washington struck another blow at the WTO. The Trump administration has already paralysed the WTO's role as global arbiter on trade by blocking appointments to its appeals panel.

The WTO itself has called a meeting for Nov 9, less than a week after the election, by which time it hopes to have secured full backing for Nigeria's Ngozi Okonjo-Iweala

Now it threatens to render it leaderless for weeks or months to come. The WTO itself has called a meeting for Nov 9, less than a week after the election, by which time it hopes to have secured full backing for Nigeria's Ngozi Okonjo-Iweala.

The decision needs to be approved by consensus, however, meaning any of the 164 WTO members could block her appointment. After weeks of consultations, three WTO ambassadors, the "troika" charged with finding a successor to Brazilian Roberto Azevedo, announced at a meeting in Geneva on Wednesday that the former Nigerian finance minister should be the next chief as she had secured cross-regional backing.

"All of the delegations that expressed their views today expressed very strong support for the process, for the troika and for the outcome. Except for one," WTO spokesman Keith Rockwell told reporters after the closed-door meeting, specifying that the one was the United States.

READ MORE: US 'says does not back Nigerian candidate as WTO chief'

The US Trade Representative's office later released a statement officially backing the only other remaining candidate, South Korean trade minister Yoo Myung-hee, praising her as a successful trade negotiator with the skills needed to lead the trade body at a "very difficult time".

"It must be led by someone with real, hands-on experience in the field," it said in a possible dig at the Nigerian candidate whom critics say has lacks technical knowledge of multilateral trade talks.

William Reinsch, a former senior Commerce Department official now with the Center for Strategic and International Studies said the US move was likely to worsen trade tensions already running high within the WTO.

The decision needs to be approved by consensus, however, meaning any of the 164 WTO members could block her appointment

"It's very Trumpian. They're basically saying 'We want to get our way and we're willing to throw sand in the gears if we don't get it'," he said, adding that it was possibly a bid to gain concessions in other disputes.

A spokeswoman for Okonjo-Iweala said she was "immensely humbled" by the backing of the WTO's selection committee and hoped for a swift conclusion to the process.

Next steps are uncertain but WTO's Rockwell said there was likely to be "frenzied activity" before the Nov 9 meeting to secure the required consensus.

It was not immediately clear if the outcome of the US vote would affect the US pposition on Okonjo-Iweala's appointment. By then, Trump may be heading a lame-duck administration. Some African, Caribbean and other states had voiced support for Okonjo-Iweala during the four-month selection process.

The European Union endorsed her on Oct 26. The leadership void was created after outgoing WTO chief Azevedo stepped down a year early in August. The WTO is currently being steered by four deputies.

Okonjo-Iweala, a development expert, has branded herself a "do-er", saying she has the political clout to command influence in capitals.

Currently chair of the of GAVI vaccine alliance board, she has also said the WTO  should play a role in helping poorer countries access COVID-19 drugs and vaccines.