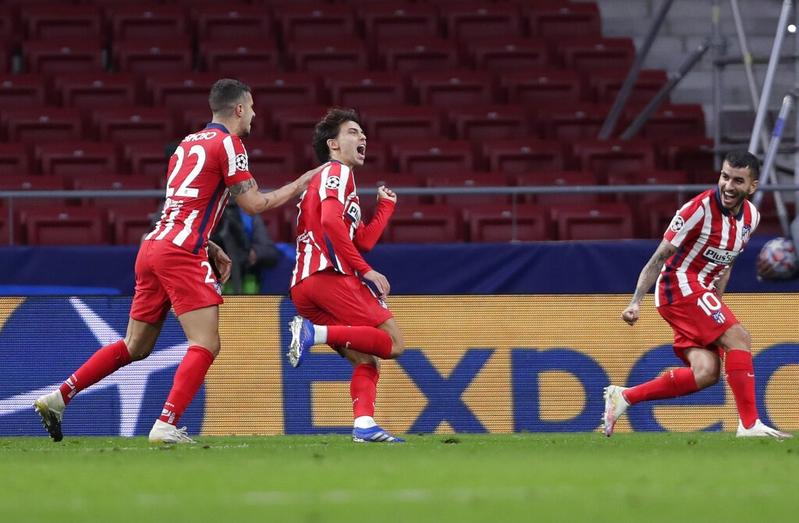 Joao Felix bagged a brace for Atletico Madrid as they survived a scare to complete a 3-2 Champions League Group A victory over Red Bull Salzburg and kick-start their European campaign at the Wanda Metropolitano stadium on Tuesday.

Marcos Llorente had put Atletico ahead in the first half, but goals from Dominik Szoboszlai and Mergim Berisha swung the fixture in the favor of the visitors early in the second half.

Marcos Llorente had put Atletico Madrid ahead in the first half, but goals from Red Bull Salzburg's Dominik Szoboszlai and Mergim Berisha swung the fixture in the favor of the visitors early in the second half

But the excellent Felix regained the initiative for his side with an equalizer, before firing in the winner with five minutes to play, going some way to erasing the memory of the 4-0 loss to champions Bayern Munich in their pool opener.

Bayern head the table with a full haul of six points after two rounds, followed by Atletico on three, and Lokomotiv Moscow and Salzburg with one each.

Felix’s audacious over-head kick inside 15 minutes almost provided an early moment to remember, but his acrobatic effort crashed against the crossbar and away to safety.

Atletico did have the lead before the half-hour mark as Llorente picked up the ball 25 yards from goal and drilled the ball low past Salzburg goalkeeper Cican Stankovic, who will feel he should done better.

Llorente should have doubled the advantage shortly afterwards when he found himself one-on-one with Stankovic, but it was Salzburg who scored next. 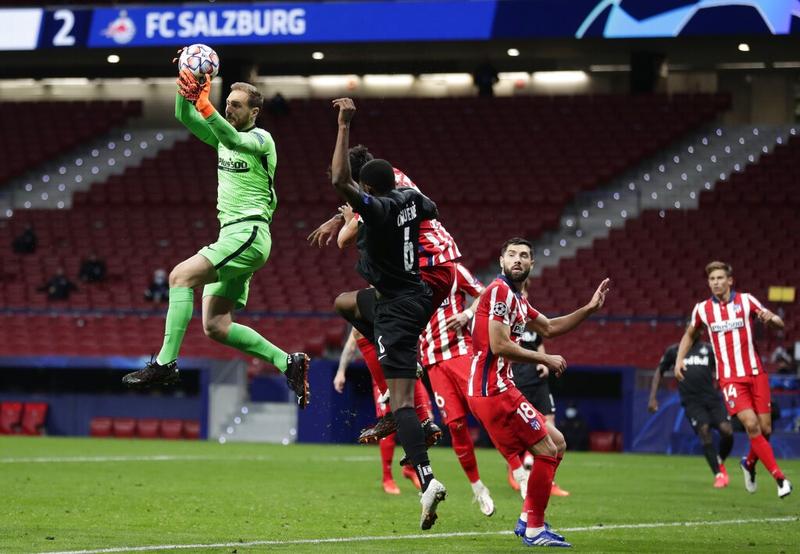 Some sloppy play in midfield turned over possession and the ball eventually reached Szoboszlai, who thrashed his shot past home goalkeeper Jan Oblak.

READ MORE: Can Atletico change style or will it slide with defensive mindset?

Salzburg made a lightning start to the second half and were ahead inside a minute as Andreas Ulmer’s cross was turned home at the back post by Berisha.

But that lead was short-lived as Felix finished a sweeping Atletico move that left him with a tap-in to equalise, before lashing in the winner as the Salzburg defence stood static following a low cross into the box.