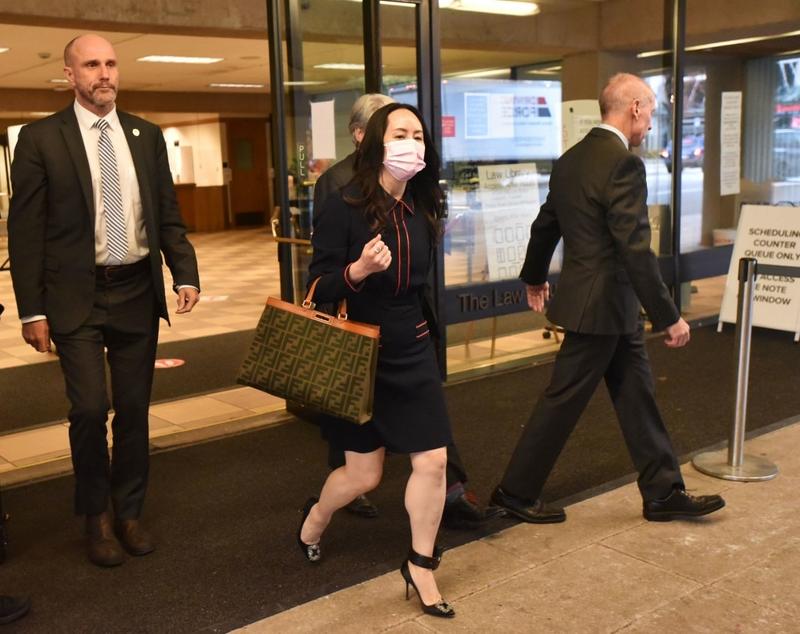 A five-day evidentiary hearing in the extradition case of Huawei Technologies executive Meng Wanzhou began in a Canadian court on Monday.

Meng, the chief financial officer of the Chinese technology giant, and her defense attended the opening day of this stage in the hearing in the British Columbia Supreme Court in Vancouver. They are challenging the legal validity of her arrest and detention on an extradition warrant from the United States.

During a five-day evidentiary hearing which began Monday, Meng Wanzhou's lawyers will probe the extent to which the US administration directed officers of the Royal Canadian Mounted Police and Canada Border Services Agency to engage in a "deceptive and improper" search, thereby violating a court order and Meng's constitutional rights, according to a statement by Huawei Canada

During the scheduled five days for cross-examination of witnesses, Meng's lawyers will probe the extent to which the US administration directed officers of the Royal Canadian Mounted Police, or RCMP, and Canada Border Services Agency, or CBSA, to engage in a "deceptive and improper" search, thereby violating a court order and Meng's constitutional rights, according to a statement by Huawei Canada on Monday.

Meng arrived in court wearing a black sparkly cardigan, accompanied by her translator as she came face to face with Winston Yep, a RCMP officer who arrested her nearly two years ago.

Meng's lawyers have alleged that authorities used the CBSA and its powers to search passengers to investigate Meng in a way that violated her rights.

Government lawyer John Gibb-Carsley asked Yep why, as the arresting officer, he didn't board the plane once Meng had landed.

Yep said that because the airport is within the CBSA's jurisdiction it was decided that the CBSA would do its work first. Yep said "there was no concern" about this process.

Data shared with US

Meng's team has asserted that the CBSA inappropriately seized her electronic devices and that identifying information was shared with US authorities.

Monday marked the first time that any of the officers who arrested Meng at Vancouver's airport on Dec 1, 2018－at the behest of the US－have appeared in the court to give evidence. Over the coming days, Meng's lawyers will have a chance to question police and customs agents about whether they and the US authorities conspired to gather evidence against her.

Meng is accused of misrepresenting Huawei's relationship with a company called Skycom in a Power-Point presentation to HSBC in 2013. Her presentation was said to have put the Britain-based bank at risk of violating US sanctions against Iran. Meng denies the claim.

Meng's lawyers have argued that Canadian authorities improperly communicated with their US counterparts, including allegedly sharing identifying details about her electronic devices, which could have been used to extract information for Meng's prosecution.

According to documents filed earlier with the court, the electronic devices that were seized from Meng during her arrest were placed in bags provided by the US Federal Bureau of Investigation.

The arresting officers also asked Meng for the pass codes, which they then passed on to the RCMP, allegedly by mistake, a fact that only emerged in court.

Meng's lawyers claim that the FBI wanted the CBSA to use the agency's extraordinary powers to question Meng "without a lawyer", testimony that some legal experts said could be a "game-changer".

In addition to the claim of abuse of process based on her arrest, Meng's lawyers are also arguing that the US misled Canadian officials in its summary of allegations made against her.

A final decision on extradition is expected in April 2021. If the judge decides to extradite Meng to the US, Justice Minister David Lametti would have a say in the final decision.