By Cheng Yuezhu in Beijing and Yang Jun in Guiyang 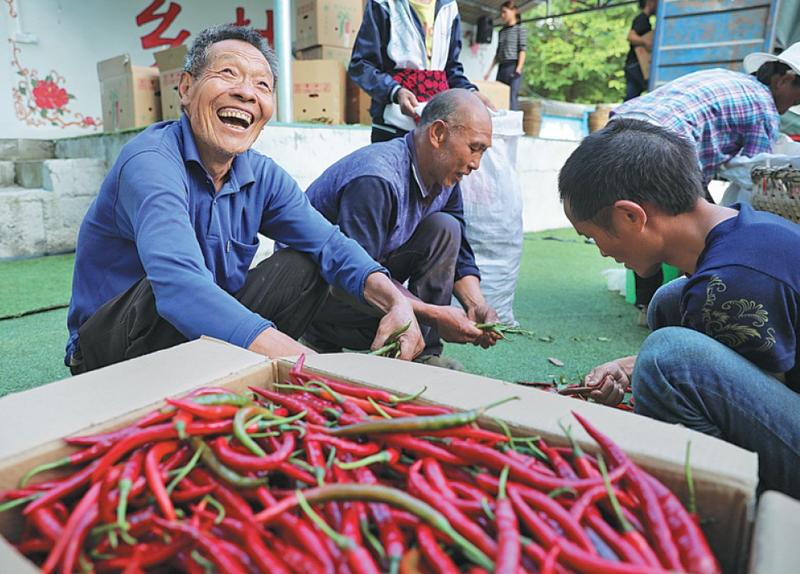 With a genuine affection for the countryside, 38-year-old Hou Yuanjun from Southwest China's Guizhou province has been a resident cadre for four years, and plans to stay on.

Because of his diligence and contribution, he has been rated "excellent" for three consecutive years, winning several county-level or city-level honorary titles. In 2019, he was awarded the title of the province's "poverty alleviation excellent resident cadre".

Hou attributes his resoluteness of working in the villages to his fondness for the countryside: "I was born and raised in the countryside, so I just like the things about it."

His work in the villages started in June 2016, when he was selected to work as the resident Party secretary at Muziling village, Guanzhou township, Yanhe Tujia autonomous county of Tongren.

Together with the poverty alleviation team and the villagers, the village's poverty incidence decreased from 19.37 percent to 2.72 percent, and its infrastructure was substantially upgraded. By the end of 2016, the village was removed from the impoverished list.

After completing two years of residency work in the village, Hou could have applied to return to his original position. But knowing that there were still people living in poverty, he said that his mission was not yet complete.

Therefore, he took the initiative to apply to continue working on the front line of poverty alleviation, and became a resident Party secretary of Hongxing village of Guanzhou township in April 2018.

When asked about their impressions of Hou, several local cadres and residents from the village expressed gratitude.

Tian Xiaobing, Party secretary of Hongxing village, says Hou is a very dedicated, pragmatic and hardworking person whose deeds are more shown in action than words. "His own family is actually quite poor. He is still living in low-rent apartments with his wife and daughter. Still, he often spends money and energy on doing something for the impoverished families," Tian says. 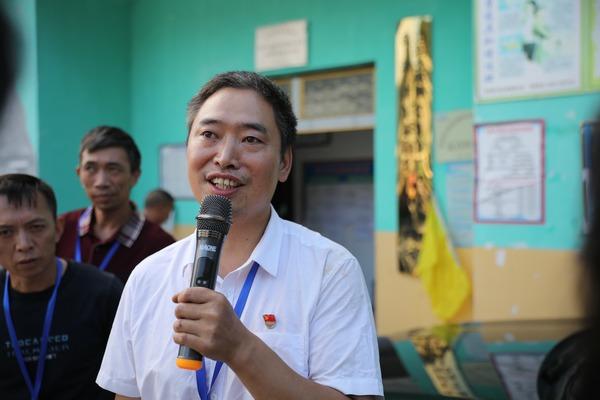 He gave an example. A villager suffered from a shattered bone in a work accident and could not afford the treatment costs. Hou applied for a personal loan of 40,000 yuan (US$5,982) so that the villager could be treated.

"He often comes to help us with farmwork and housework. We all feel greatly thankful to him. He is serving the villagers with all his heart, unafraid of any hardship," Tian Hongcheng, a resident at the village, says.

When he first arrived at Hongxing village, Hou worked hard to apply for governmental support so that the village could start to develop industries and landed three agricultural projects. However, the projects had to be launched in order to receive financial aid.

He then put up his salary as a collateral for a loan of 200,000 yuan and lent the money to the village cooperative. The village started to develop its industries including cattle, chicken and chilies.

All impoverished households in the village became members of the cooperative and received dividends. The cooperative has helped 132 households, including 425 people, to shake off poverty.

Hongxing village has made major improvements in terms of infrastructure, industries and living conditions. Roads and footpaths have been built to facilitate transport, and nine drinking water projects have been established to provide clean water for residents and livestock.

By the end of 2018, the poverty incidence in the village dropped from 13.66 percent to 2.36 percent, and the village was removed from the impoverished list.

In the past two years, Hou continued to work on the development of industries and infrastructure at the village. He says that now every household has access to tap water and electricity.

When asked about his next goal, he says he will continue to work in Hongxing village and possibly other villages in the future.

"I just want to do something for the countryside."