The trouble with beauty 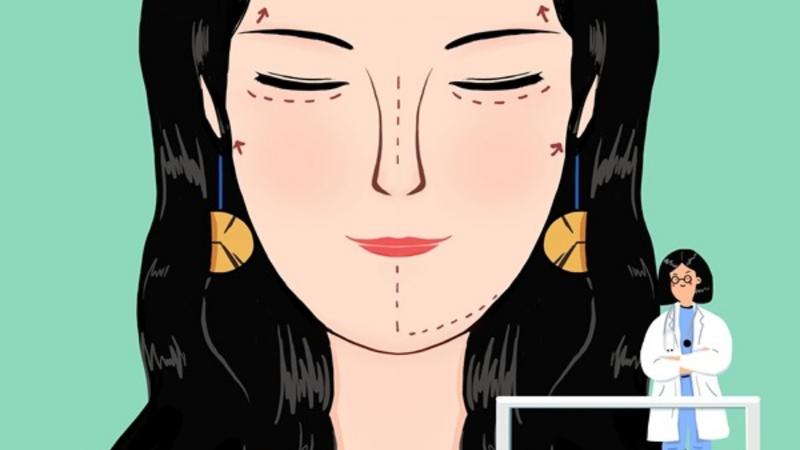 In summer last year a Beijing college student traveled to the South Korean capital, Seoul, on urgent-and secret-business: to have major plastic surgery to her face.

The person who had introduced the young woman to plastic surgery was a friend of hers. The young woman, who has asked not to be identified, describes her friend as a "sophisticated girl" who had had a chin implant, had had corners of her eyes opened, and had had her nose changed three times. The friend has the "typical exquisite look of Korean girls", the young woman says.

The young woman, 18 at the time, had herself eyelids cut, with the permission of her mother, when she graduated from high school three years earlier, and that had made her feel more confident.

When the light from the operating table hits your face you feel terrible, but you've paid your money and it's non-refundable. You still have to do it, so you must have the courage to do the operation. It's over.

A year later she was given a face-lifting injection designed to make her face look thinner by paralyzing cheek muscle, and friends and associates praised her for how much more delicate she looked, she says. When she was on the operating table having her eyelids cut she was very nervous, she says, but the success and the confidence that operation gave her emboldened her to have more "adjustments".

With earlier doubts and fears now all but dissipated, she now felt at ease with minor plastic surgery, she says, and acknowledges that it had become somewhat addictive.

In Seoul there is a plethora of beauty clinics and agencies that cater to plastic surgery patients from China and elsewhere, as well as language translation services. Most of the Chinese heading for Seoul for such surgery will have done a great deal of research looking for what they hope will be the most reliable cosmetic surgeon-and one who is not charging too much.

The young woman, by the summer of last year well versed in all these matters, decided to make her first trip to Seoul. Accompanied by her friend, she walked into a private plastic surgery clinic in the Gangnam district of Seoul that is well-known in South Korea. The clinic relies heavily on overseas clients and its nurses are proficient in the languages of major Asian countries.

In the first consultation the doctor, talking of the young woman's nasal features, said hers was a typical "floating nose", that is, the skin on the nose was elastic, the nose was large and flat, and it needed to be raised.

She had planned to have her nose trimmed, but the doctor pointed out that she did not have a prominent chin, resulting in a defect in her mouth. Taking into account that the "protrusion of the mouth" would also affect how the nose looked, he recommended that she have her nose and chin operated on together.

For that there would of course be a discount, and, feeling that her looks could only benefit if she followed the surgeon's counsel, she gave her consent for the operation.

Like this young woman, many young Chinese students are anxious about their looks, and the issue of younger people subjecting themselves to cosmetic surgery has become controversial. Qianjiang Evening News, a newspaper in Hanghou, Zhejiang province, reported that over two months of summer the plastic surgery department of a top hospital in Hangzhou performed 120 or 140 operations on students, accounting for 30 to 40 percent of all the hospital's patients.

A medical beauty industry white paper by iResearch Global said 19 percent of Chinese medical beauty consumers were aged 18 or under. Last year the proportion of such consumers under the age of 19 was 15.5 percent

In addition, a medical beauty industry white paper by iResearch Global said 19 percent of Chinese medical beauty consumers were aged 18 or under. Last year the proportion of such consumers under the age of 19 was 15.5 percent.

On July 20 last year, during the last preoperative diagnosis, the young woman had an x-ray and CT scan done. The doctor used a very thick black pen to draw various crossed lines and patterns on her face to facilitate the operation. Then he asked her to wash her face, brush her teeth and make preparations for the operation.

At that point, the woman says, she felt nervous, began hyperventilating and said she needed to go to the toilet. Eventually she managed to calm down and returned to the operating theater.

As she approached the operating table, she was gripped by fear, she says, terrified that the operation would be botched and that she would end up with a facial wreck like some she had seen in photos when she had done her research.

She tried to calm herself by being philosophical, saying to herself: "If this operation does not achieve what I want it to I just have to be calm, happy and accept myself."

Nevertheless, she was on the brink of mental collapse, she says.

"When the light from the operating table hits your face you feel terrible, but you've paid your money and it's non-refundable. You still have to do it, so you must have the courage to do the operation. It's over."

The operation lasted about four hours. After waking up, the effect of the anesthetic had not totally worn off, and the woman was confused and felt faint. She then discovered that her nose and chin were covered, but that the rest of her face was bare.

It would then take her seven days to recover before she returned to the hospital to have sutures removed. She would then need many months for facial stiffness to ease, swelling to go down and other problems to disappear.

During the basic recovery period her nostrils were stuffed with cotton wool and she found it difficult to breathe, she says. The doctor told her not to lie on her back, and she could not sleep well. The prosthesis was also still embedded in her chin, so it was difficult for her to eat, and liquid porridge became her staple meal.

During that time she lacked the energy to do much, she says, so she restricted herself to sitting on a bench and resting-a bloody nose constantly increasing her worries.

Feeling as though she were suffering from a grave illness, something she had not foreseen before the operation, the first days after the operation had left her in a regretful mood, she says.

"Why, oh why did I spend all that money to go through all this?" she asked herself.

Removing the stitches, the doctor used tweezers to pull them from her nose one by one, and she sobbed in agony as he did so.

Two weeks later she returned to China, and her mother-oblivious about anything relating to her trip to Seoul-noticed her facial changes. The young woman lied, saying this was the result of hyaluronic acid, used in a previous operation.

The young woman says old people are less understanding about plastic surgery among people like her than young people, and she hid the truth so there would be no family disputes. She is unwilling to tell anybody but very intimate friends about her experience with cosmetic surgery, feeling that in this way it avoids "unnecessary conflict".

Medical and aesthetic institutions that see students as lucrative plastic surgery clients are well aware that these young people are mostly short of funds, so they use summer discounts, installment plans and other gimmicks to attract their attention. 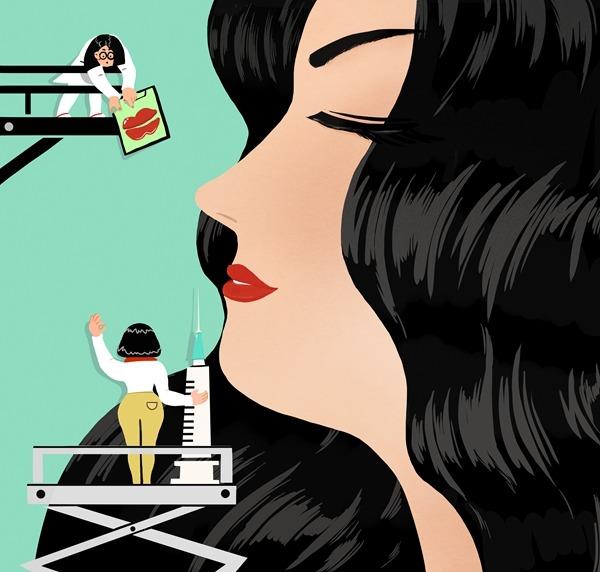 "They leave out all the negative stuff."

Last year Nanfang Daily carried out a survey asking whether minor plastic surgery should be outlawed. Within a day, more than 7,000 votes from internet users were received, and 68.6 percent said they favored the proposal.

"If you have big problems with your look you wait until you are a full adult then decide if you want to do something about it," Jiang says."Then, with a stable mind, you can consider inner and outer beauty, and whether plastic surgery is for you."

Early this year, the young woman at the center of this article says, she felt she was fully recovered, and was satisfied with the results. The anguish and pain she had gone through had been rewarded, she says. At the same time, she feels fortunate she did not encounter the "pits" of plastic surgery.

Nevertheless, her advice for anyone considering undergoing the kind of surgery she went through is firm:"It really isn't worth the risk. If something big goes wrong, you've ruined your life."