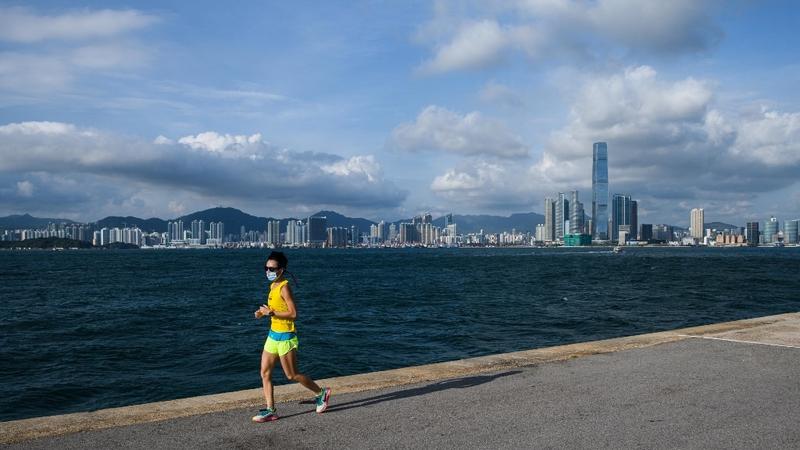 As the social order is resuming, Hong Kong can continue to maintain a sound business environment, Chan Yung, vice-chairperson of the Democratic Alliance for the Betterment and Progress of Hong Kong, said, stressing that the law is crucial to pushing Hong Kong back on track.

During the past months, the national security department of the Hong Kong police has strictly enforced the law and arrested people suspected of related violations.

During the past months, the national security department of the Hong Kong police has strictly enforced the law and arrested people suspected of related violations

Wu Yingpeng, a junior counsel in Hong Kong, said human rights are safe and sound under the National Security Law, which contains a series of articles on the protection of legal rights and freedoms of Hong Kong residents.

The Hong Kong police carried out their operations strictly in accordance with the law, remained restraint and cautious, and did not abuse their power, Willy Fu, vice chairman of the executive council of the Hong Kong Legal Exchange Foundation, said, adding that the suspects were treated fairly with their rights guaranteed.

While some opposition figures claimed that people will be punished for their speech, Ma Ho-man, executive chairman of the Hong Kong Culture Association, said the law clearly stipulates the definition of crimes and urged the public not to be misled by such rumors.

With peace and order restored, experts believe the National Security Law will help sustain stability and prosperity of Hong Kong.

As global tourists will no longer worry about their safety in Hong Kong, the tourism sector and the wider economy will gradually recover after the COVID-19 epidemic abates, said Yiu Si-wing, a Hong Kong lawmaker and tourism industry insider.

The law, enacted in late June after prolonged social unrest in Hong Kong, is aimed at plugging national security loopholes, restoring the law and order, and protecting the rights and interests of Hong Kong residents.