Kegs tapped in Munich pubs for mini-Oktoberfest amid virus 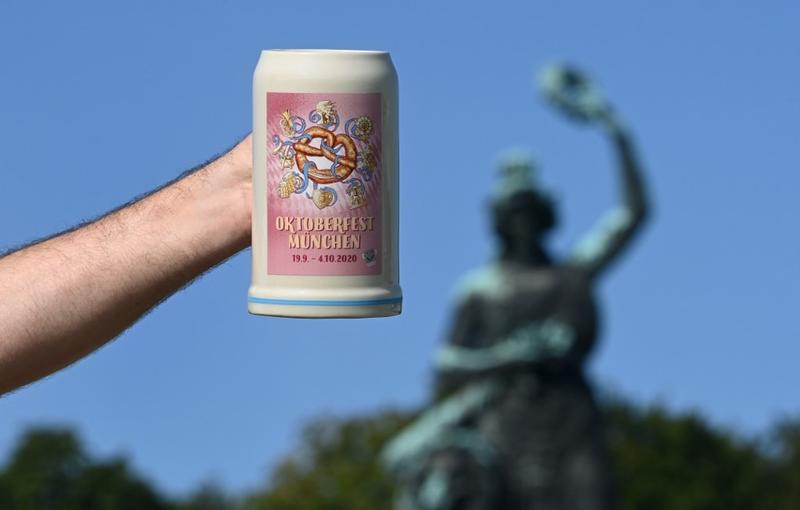 A man holds up the official 2020 Oktoberfest beer mug, in front of the Bavaria monument at Theresienwiese in Munich, southern Germany, the place of the yearly beer festival, on Sept 19, 2020. (PHOTO / AFP)

MUNICH - Innkeepers in Munich tapped their barrels on Saturday for revellers determined to make the most of a scaled-down Oktoberfest after the world’s biggest beer festival was cancelled because of the coronavirus pandemic.

The first Oktoberfest was held in 1810 in honour of Bavarian Crown Prince Ludwig’s marriage and now it typically brings Munich some 1.2 billion euros in annual revenues

The specially brewed beer started flowing at midday at 54 pubs with locals in traditional lederhosen and dirndls sitting at spread out tables and, where possible, outside.

“It is a great alternative because at last we can celebrate the Oktoberfest a bit. It’s not the same as usual, but still,” said Christine Bachmeier, smiling at a table laden with litre glasses of beer at the famous Hofbraeuhaus.

However, it is a far cry from the six million visitors from all over the world who usually flock to the Bavarian capital to squeeze into tents with long wooden tables and benches to swig beer and sing and sway to catchy oompah band tunes.

Each year, the partygoers consume more than 7 million litres of beer, more than 100 oxen and half a million chickens.

The first Oktoberfest was held in 1810 in honour of Bavarian Crown Prince Ludwig’s marriage and now it typically brings Munich some 1.2 billion euros in annual revenues, though not this year. 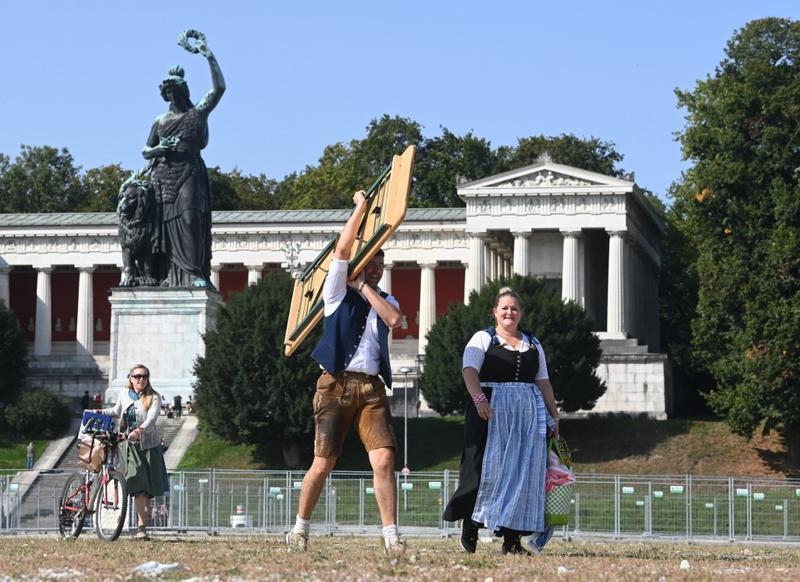 People dressed in traditional Bavarian clothes arrive for a breakfast at Theresienwiese in Munich, southern Germany, the place of the yearly Oktoberfest beer festival on Sept 19, 2020. (PHOTO / AFP)

Still, in the pubs and sun-drenched gardens hosting the mini-Oktoberfest, guests put on a brave face.

“It’s the best we can do in corona times,” said visitor Harald Posler.

A spike in infections in Munich has increased worries about the coronavirus. 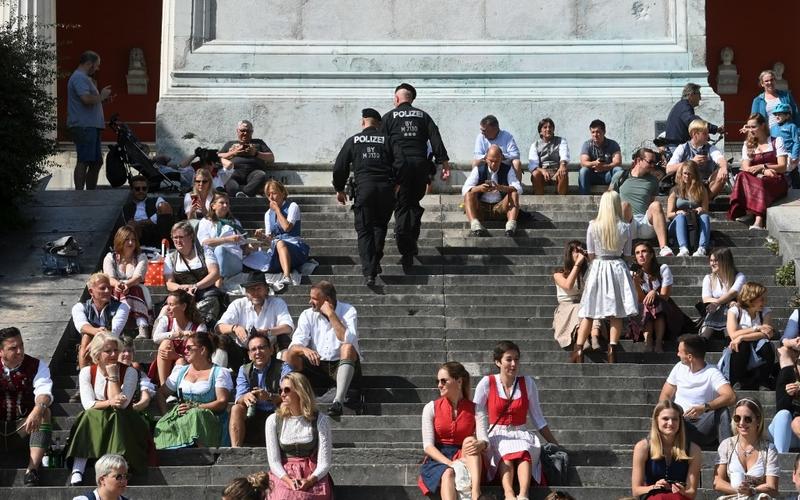 Police officers pass by as people dressed in traditional Bavarian clothes celebrate on the stairs of the Bavaria monument at the Theresienwiese in Munich, southern Germany, at lunch time, during the usual traditional beer barrel tapping time, on Sept 19, 2020. (PHOTO / AFP)

Although Germany has kept the number of COVID-19 cases and deaths lower than many of its European neighbours, the number of infections rose on Saturday by 2,297, the highest daily increase since the end of April, the Robert Koch Institute said.

That brings Germany’s total tally of cases to 270,070, with 9,384 deaths, including six new fatalities reported on Saturday.