Lewandowski on his way to breaking Ronaldo's record 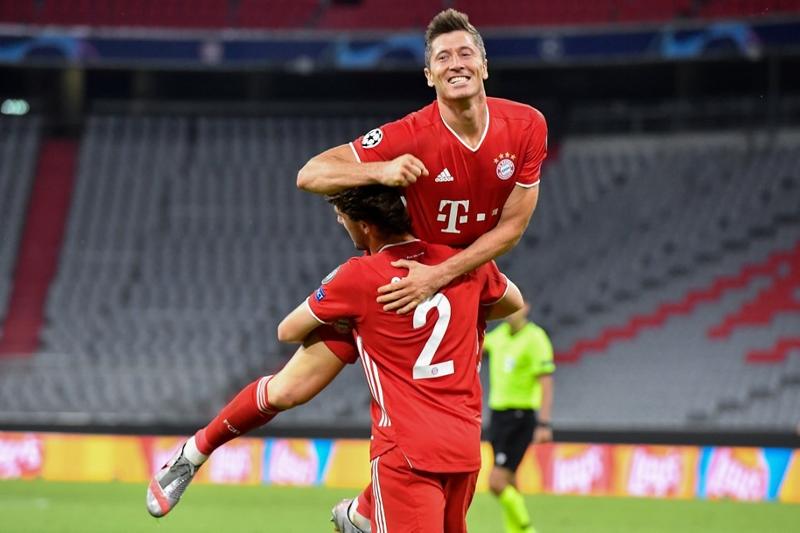 BERLIN - The bag of Robert Lewandowski was packed in no time before the Pole boarded the plane heading for Portugal's capital Lisbon this Sunday afternoon.

Cristiano Ronaldo scored 17 goals in 2013/14 in the shirt of Real Madrid, taking the Spaniards all the way to the trophy

A brief smile went over the face of the 31-year-old Bayern Munich striker as the Bavarians took off to attend the 2019/20 Champions League quarterfinals.

Spanish giants Barcelona are waiting for their "tournament opener" in the last-8-round this Friday evening.

The striker admitted he couldn't be happier to finish the season's last chapter with another successful episode.

But Lewandowski wouldn't be Lewandowski if he did not take steps to hide his true intentions.

"We want to show we are one of the world's best sides, and we are determined to reach the semifinal," he said, talking about his team's goals instead of his personal ones. Goal records or the Ballon d'Or is nothing he is thinking about, he insisted.

In Bayern's training camp in Lagos, 300 kilometers away from Lisbon, the forward might nevertheless think about his desire to win the campaign for the first time and break the record of superstar Cristiano Ronaldo.

The Portuguese scored 17 goals in 2013/14 in the shirt of Real Madrid, taking the Spaniards all the way to the trophy.

Having scored his goals number 12 and 13 in this season's campaign when Bayern crushed Chelsea 3-1, the attacker is approaching Ronaldo's all-time best in rapid strides.

"He is not only the world's best striker, but the best performer in general," Germany's most capped international Lothar Matthaeus commented.

Never before had a player scored that many goals for a German club in the Champions League. 53 goals in 44 games of all competitions make him Europe's current leading striker.

Three goals and five assists in both games against Chelsea give proof of his outstanding form.

Teammate Leon Goretzka spoke about the "phenomenon Lewandowski" by praising his attitude. "He always told me to stay calm and focused," Goretzka reported.

"After all, we had to deal with a break after the national league. We had only one test game to get on top-level again," the midfielder added.

Goretzka admitted to having been worried, but "Lewa" told him to concentrate on the duel against Chelsea and forget about the unusual circumstances.

"You could feel his determination, he carried us all away in every training session," the German international said.

This season's key to success is to keep in mind that only one game will decide the next round, Lewandowski concluded.