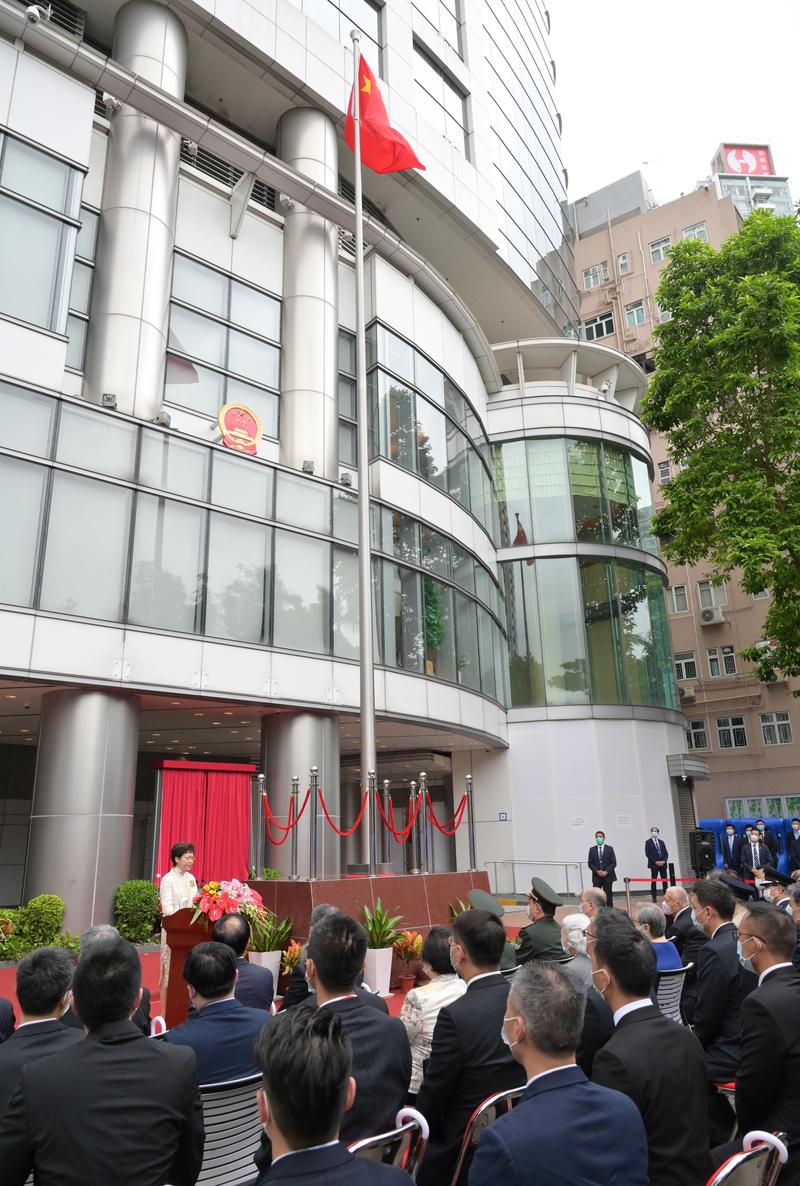 Political leaders and legal experts on Wednesday said the national security office set up in Hong Kong by the central government will fortify the city’s defense against threats to national security.

In welcoming the inauguration of the office on Wednesday morning, Hong Kong Executive Council member Regina Ip Lau Suk-yee said the office could lend a helping hand to the city’s law enforcement forces and other agencies that are inexperienced in national security matters, including intelligence collection.

The city’s former security chief said she believes the office will assist the local administration strengthen its ability in this area, and will buttress the city’s overall ability to assess the city’s national security situation as well.

The newly enacted National Security Law for Hong Kong stipulates that the central government shall set up an Office for Safeguarding National Security in the special aministrative region. Its duties include overseeing, guiding, coordinating with and supporting the HKSAR in its work to safeguard national security.

Barrister Lawrence Ma Yan-kwok said there will be occasions when the SAR government cannot handle the work its own, for example, when it comes to particularly difficult cases that involve foreign elements, State secrets or imminent threats to national security.

That’s when the office will step in and provide its assistance and manpower support to the Hong Kong Police Force, Ma said.

Maggie Chan Man-ki, founding president of the Small and Medium Law Firms Association of Hong Kong, agreed, saying she believes the office will help stabilize the city’s public order as it will handle the cases that endanger national security when the SAR cannot deal with them on its own.

“The office will play a key role in safeguarding the bottom line of national security and ‘one country, two systems’”, said Chan, who is also a Hong Kong deputy to the National People’s Congress.

In a response to the establishment of the office, barrister Ronny Tong Ka-wah said he expects an efficient mechanism to share intelligence between the office and the SAR government to be set up to assist the local administration in effectively safeguarding national safety.

Mervyn Cheung Man-ping, a member of the nation’s leading expert panel on Hong Kong affairs, said on Wednesday he hopes the new office will share its “expertise, experience, and wisdom” in safeguarding national security with the SAR administration, helping the city to implement the new law more accurately and professionally.

With the National Security Law in force, a relevant enforcement mechanism and coordination mechanism should be swiftly set in place, said Cheung, a member of the Chinese Association of Hong Kong and Macao Studies.

He appealed to the public to support the works of the central-government bodies in the SAR.

Stanley Ng Chau-pei, president of the Hong Kong Federation of Trade Unions, the city’s largest labor group, said the inauguration of the office is a historic moment, adding that the HKSAR has already established a sound legal system and enforcement mechanism for safeguarding national security.

On Monday, the Committee for Safeguarding National Security, chaired by Hong Kong Chief Executive Carrie Lam Cheng Yeut-ngor, convened its first meeting. The government earlier revealed that the Hong Kong police and the Department of Justice have each set up a new unit to take charge of enforcement and prosecutions under the National Security Law.