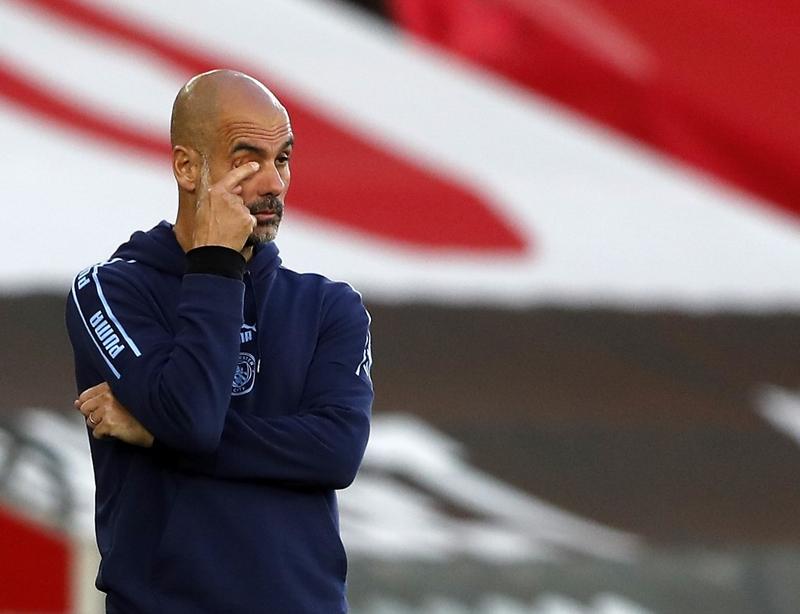 LONDON — Manchester City boss Pep Guardiola did not criticize his team's performance after a surprising 1-0 loss at Southampton on Sunday, but admitted they need to improve from too many similar mistakes if they want to win the title next season.

City had 74 percent possession and 26 shots in the game, but it was the hosts who scored the winner by Che Adams, which was totally against the tide of the match, and it was only the first goal by the English forward this season.

We played really well, but it was a little bit the resume of this season. We make one mistake, they punish us.

"We played really well, but it was a little bit the resume of this season. We make one mistake, they punish us," said Guardiola.

Adams' stunning lofted drive from about 30 meters beat Man City keeper Ederson to send the guests to their third consecutive away loss.

"We lost a lot of games, and losing a lot of games you cannot compete to win the Premier League. We need to improve because it happened many times this season."

The Spanish manager also defended his boys' play. "I think we played good. The desire, the character to play until the end was there. We put Southampton with 10 players in the penalty spot, so we did really well."

"When you review the games and the chances we created, you cannot do more. I like the way we played but it is not enough," said the spaniard.