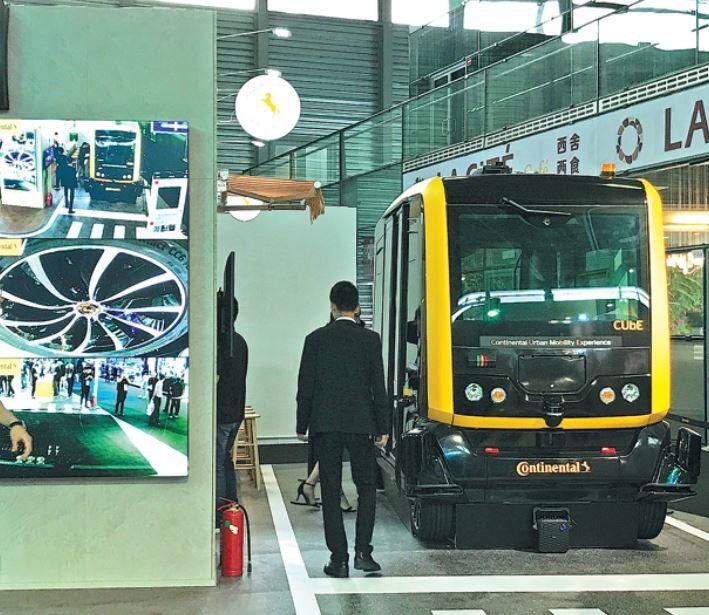 Continental showcases its technological solutions at the CES Asia in 2019. (PHOTO / CHINA DAILY)

German auto parts supplier Continental AG has estimated China's light vehicle production will decline 15 percent this year due to the COVID-19 pandemic, but it will grow in the mid-to-long term to account for 25 to 30 percent of the global auto market.

The company is optimistic about the Chinese market and continues to promote local production as well as research and development, said Enno Tang, president and CEO of Continental China, last week.

In the first quarter of this year, sales at Continental AG totaled 9.84 billion euros (US$11.86 billion), down 10.9 percent year-on-year. Its profit slumped 47 percent in the same period. The reason is that its plants were shut down and global supply chains disrupted because of the outbreak.

"The global outbreak had huge impact on our business and the auto industry," Tang said. "We saw severe decline in the first quarter of this year in China but the market shows good recovery signs in the second quarter."

The group estimates China will have a better performance than Europe and the United States this year. It forecast that light vehicle production will decline 24 percent worldwide; 32 percent in Central and North America and 24 percent year-on-year in Europe.

Continental reorganized its auto subgroups in the beginning of this year to pay more attention to automobile technologies, such as autonomous driving and connectivity.

Tang said: "We have seen a bigger opportunity for market growth in electrification, connectivity and autonomous driving.

"The Chinese government also set a goal that electric cars account for 25 percent and connected vehicles account for 30 percent of the country's total sales by 2025. We think it is achievable."

In April, Vitesco Technologies, the powertrain unit of Continental, announced it would build a research and development center in Tianjin, scheduled for completion in 2021. The center will specialize in technologies for hybrid and electric powertrains.

Vitesco has more than 10 years of experience in electrification. It has three production bases in Wuhu in Anhui province, Changchun in Jilin province and Tianjin.

It offers a broad range of electrification solutions tailored to the needs of customers worldwide. The portfolio ranges from 48-volt mild hybrid technologies and key components for hybrids to full battery-electric powertrains like power electronics, charging, battery management systems and electric axle drive.

Vitesco was expected to complete an initial public offering in the fourth quarter of this year, but it has been delayed to next year because of the pandemic.