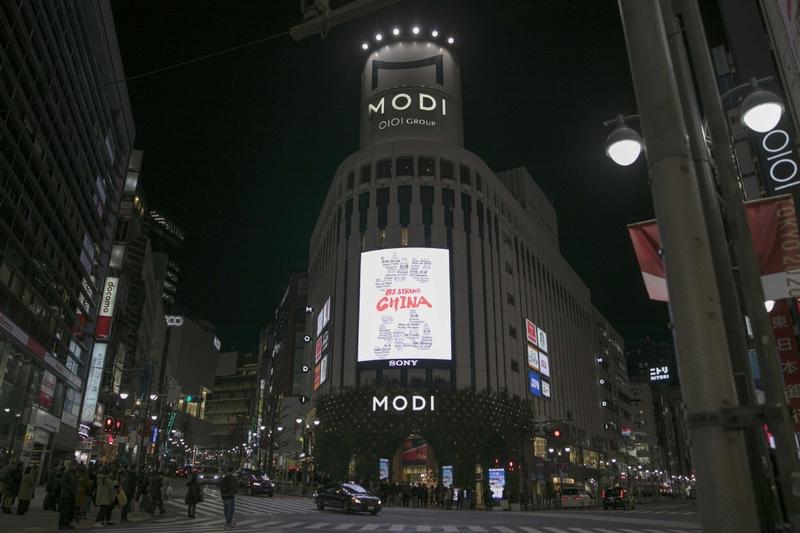 A digital billboard showing "Be Strong China", conveying support to China in fighting the novel coronavirus epidemic, is seen at Shibuya in Tokyo, Japan in February. (PHOTO / XINHUA)

In light of the COVID-19 pandemic, countries should curb the alarming rise in xenophobic incidents and hate speech directed at groups based solely on their race, ethnicity or nationality because such incidents threaten the solidarity needed to fight the disease, international human rights experts said in an online seminar on Friday.

More than a dozen human rights experts from around the world shared their views at the seminar, which was titled "Addressing Contemporary Forms of Racism: Challenges Posed by the Pandemic and the National Responses"

More than a dozen human rights experts from around the world shared their views at the seminar, which was titled "Addressing Contemporary Forms of Racism: Challenges Posed by the Pandemic and the National Responses".

"People who are perceived or known to be of Chinese or other East Asian descent have been subject to racist and xenophobic attacks related to the virus. Reports received indicate that racially motivated violence and other incidents against people of Asian descent have reached an alarming level in some countries," said E. Tendayi Achiume, the United Nations special rapporteur on contemporary forms of racism, racial discrimination, xenophobia and related intolerance, in a statement.

Due to time zone differences, her statement was delivered by Kellie-Shandra Ognimba, from the UN Office of the High Commissioner for Human Rights.

Achiume said Asian-Americans have been subject to such attacks since the start of the COVID-19 pandemic. The attacks have ranged from physical assaults, vandalism and verbal harassment to denial of access to services and public spaces. Women have reported being harassed more than twice as often as men.

The situation is partly caused by irresponsible and discriminatory remarks by some public figures, she said.

"It's dismaying to witness state officials adopting alternative names for COVID-19 instead of using the internationally recognized name of the virus. These officials have adopted names with geographic references, typically referring to its emergence in China. This sort of calculated use of a geographic-based name for this virus is rooted in and fosters racism and xenophobia," she said.

Naming the virus with geographic references may not constitute as hate speech itself, but it will trigger hate speech, said Sun Shiyan, a researcher with the Chinese Academy of Social Sciences' Institute of International Law.

During the pandemic, COVID-19-related racist hate speech has been rampant in various countries, especially on social media. Such speech not only affects many ethnic groups but also may threaten international solidarity in efforts to respond to the health crisis, Sun said.

Meanwhile, the Chinese community in the Netherlands has moved from indirectly challenging racist comments to tackling them head on, especially during the outbreak. The assertiveness of the younger generation has been significant, said Tom Zwart, director of the Amsterdam university's Cross Cultural Human Rights Centre.

On Feb 6, a so-called corona song was broadcast by a radio station in the Netherlands. In the song, a number of crude remarks were made about Chinese people and Chinese restaurants.

About 60,000 people of Asian origin objected to the song by formally reporting it as a crime to the police. The public prosecutor then announced that it would investigate if the singer and songwriter had committed the crime of offending a group of people on the basis of race.

On June 2, the prosecutor announced that it had decided not to pursue the case. The decision sparked outrage in the Chinese community, Zwart said.

He added that last week, community representatives opted to challenge the prosecutor's decision, further proof that it is ready to confront the issue in "a very direct way".