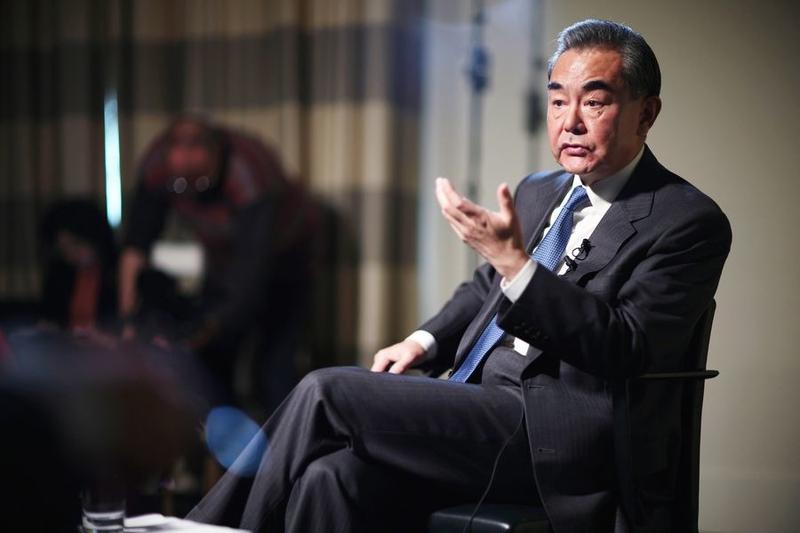 Noting that this year marks the 30 anniversary of the establishment of China-Saudi Arabia diplomatic ties, Wang said that bilateral relations have made huge progress, especially with the establishment of the two countries' comprehensive strategic partnership and the foundation of the China-Saudi Arabia High-level Joint Committee, and cooperation between the two countries in various areas has entered the fast lane.

Calling Saudi Arabia a significant emerging market economy and a world influential Arab country, Wang said that China has always put its relationship with Saudi Arabia in an important position of its overall diplomacy.

China is willing to continue to cooperate with the Saudi side to develop vaccine against COVID-19, Wang Yi told Faisal bin Farhan Al Saud

China stands ready to work with Saudi Arabia to put the consensus between the two countries' heads of state into practice, and promote greater development of bilateral comprehensive strategic partnership, he added.

China is willing to continue to provide help within its own capability to Saudi Arabia and cooperate with the Saudi side to develop vaccine against COVID-19, he said.

China speaks highly of the tremendous efforts made by Saudi Arabia as this year's Group of 20 (G20) chair, Wang said. China would give full support to the Saudi side for fulfilling its responsibility to advance global solidarity against the pandemic and maintain the momentum of cooperation among G20, he said.

China and Saudi Arabia have always been supporting one another on issues concerning each other's core interests, upholding fairness and justice on the international stage, and unswervingly safeguarding the common interests of the two countries and other developing nations, Wang said.

Noting that China highly appreciates Saudi Arabia's support for China's legitimate position on issues related to Hong Kong and Xinjiang, Wang said that some people in the world always pretend to be a teacher, frequently tell other countries what to do and violently interfere in China's internal affairs in the name of human rights, for the real purpose of messing up Hong Kong and Xin Jiang, and impeding China's development process.

It is aimed at safeguarding not only China's own legitimate rights and interests, but also the basic principle of international relations, and is in the common interests of all developing nations including Saudi Arabia, Wang added.

For his part, Faisal said Saudi Arabia attaches great importance to its comprehensive strategic partnership with China and is ready to take the 30th anniversary of the establishment of diplomatic relations between the two countries as an opportunity to deepen cooperation in various fields and lift bilateral ties as well as China-Arab relations to a new level.

Saudi Arabia thanks China for its strong support in the fight against the COVID-19 pandemic, Faisal said, adding that the health departments of the two countries are in communication on vaccine research and development, which he believes is conducive to overcoming the pandemic at an early date.

He also noted that Saudi Arabia and China have maintained close communication and coordination in international affairs and shared a common position on safeguarding sovereignty and opposing interference in internal affairs.

Saudi Arabia is willing to cooperate closely with China under the G20 framework to push for new progress in global cooperation against COVID-19, he added.

The two sides also exchanged views on the situation in the Middle East.