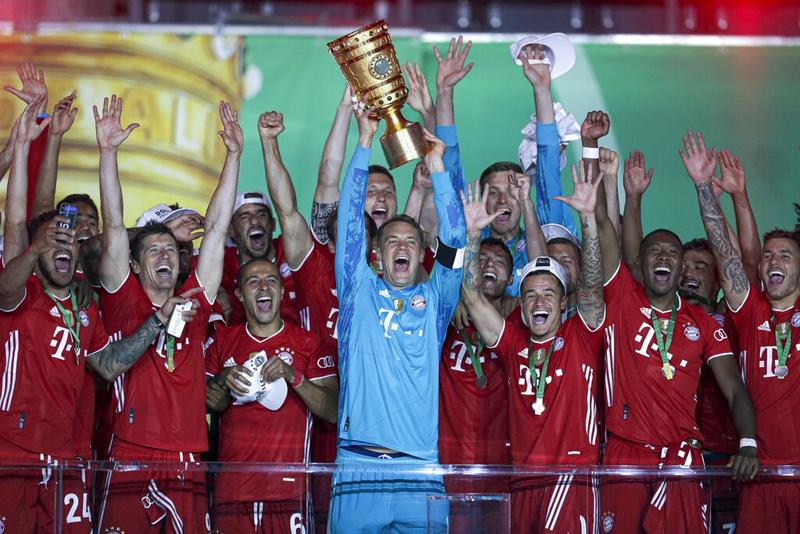 BERLIN - Bundesliga champions Bayern Munich kept their hopes of a treble alive after a dominant 4-2 win over Bayer Leverkusen to lift the German Cup for a record-extending 20th time at the Olympiastadion on Saturday.

Bayern sealed their 13th domestic double as Hansi Flick, who took over as interim boss when they sacked Niko Kovac in November, repaid the Bavarian club’s faith in him by winning his first final as permanent manager.

Flick also became the first German to win the country’s league and cup double as a player and manager.

David Alaba gave Bayern the lead with a free kick in the 16th minute after Robert Lewandowski was fouled at the edge of the box, with the defender’s effort sailing over the wall and beating the outstretched arm of Lukas Hradecky in goal.

Bayern doubled the lead when Joshua Kimmich released Serge Gnabry down the right channel and the winger’s uncontested shot nestled into the bottom corner for the 24-year-old’s 20th goal of the season in all competitions. 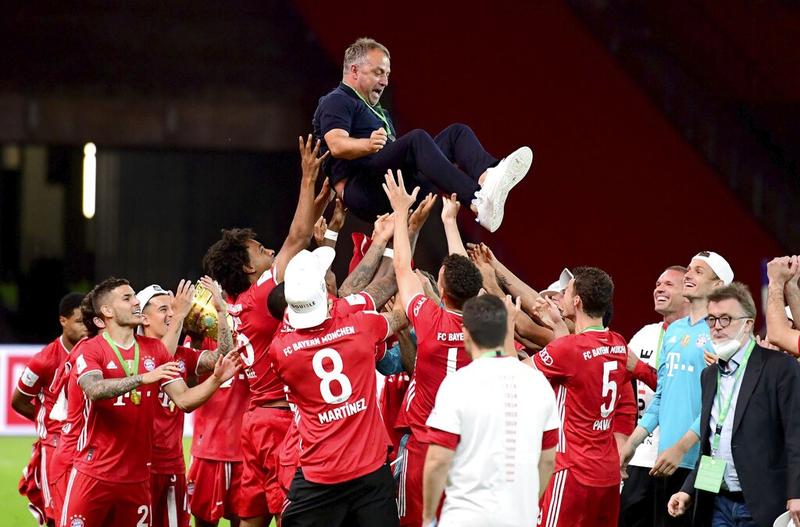 Lewandowski then pounced on Manuel Neuer’s long ball and let fly a thunderous strike from range at Hradecky and the Finnish goalkeeper fumbled, allowing the ball to creep over the line to give the Polish striker his 50th goal of the season.

Leverkusen opened their account when Sven Bender headed home at the far post from a corner kick but it was too little, too late as Lewandowski grabbed a second with a chip over the keeper in the 89th minute from Ivan Perisic’s cutback.

There was late drama when VAR spotted a handball in the box in stoppage time to award Leverkusen a penalty. Kai Havertz’s consolation strike into the top corner proved to be the final kick of the game as Bayern defended their title. 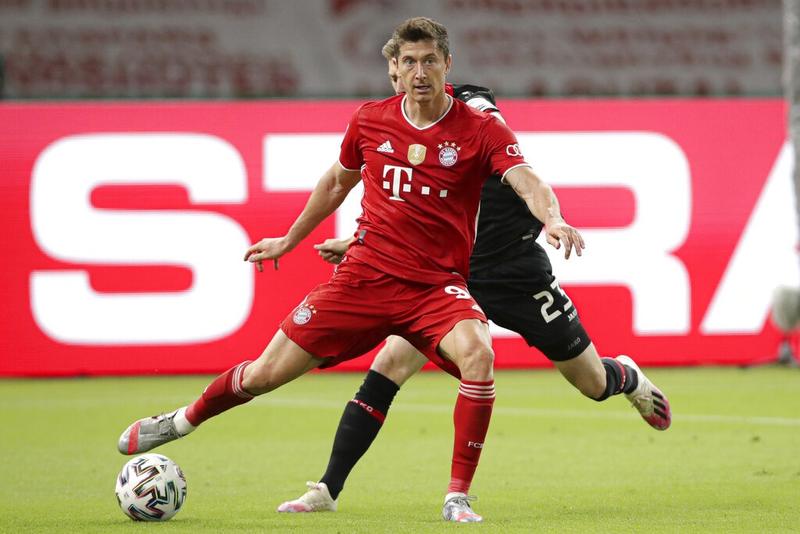 Bayern have now won 17 games in a row in all competitions and are also unbeaten in their last 26 games stretching back to December. They lead Chelsea 3-0 on aggregate in the Champions League last-16, with the second leg to be played next month.

Leverkusen, who missed out on Champions League qualification after finishing fifth in the Bundesliga, can still qualify for Europe’s elite competition if they win the Europa League where they lead Rangers 3-1 on aggregate in the last-16.