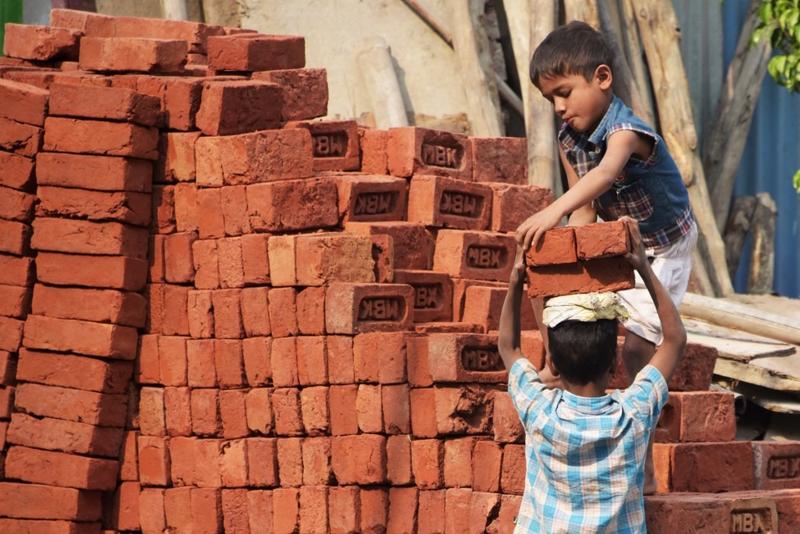 About 175,000 children in India have been removed or rescued from work and given support since 2016, government data shows

In 2016, the Indian government set a target of rescuing 18 million workers from bondage by 2030, increased the amount of cash aid for survivors more than tenfold, and laid out specific provisions for child victims - which include land and housing.

Children who are found in exploitative jobs and recognised by officials as bonded labour victims - defined as those trapped in slavery by debt - receive 20,000 rupees (US$265) post-rescue and up to 300,000 rupees if their traffickers are convicted.

Yet an analysis by the Thomson Reuters Foundation based on different datasets from two states - Telangana and Uttar Pradesh - showed very few child workers rescued from sites such as factories and brick kilns were deemed to be victims of bondage.

Charities expressed concern that officials were routinely misidentifying cases of child slavery - instead registering them as instances of labour exploitation - by applying 1976 bonded labour laws that did not capture the reality of the crime today.

"Children work at all hours, have no understanding of working hours or wages, and are scared to speak up in front of authorities," said Nirmala Gorana, general secretary of the charity Bandhua Mukti Morcha (Bonded Labour Liberation Front).

"All forms of child labour are bonded labour and all rescued children should be made eligible for (compensation)," he said.

Such data was not available for all 28 Indian states, but charities said the outlook was similar across the country.

Several activists said state officials should adopt a wider interpretation of the 1976 laws, and consider not only debt but factors such as low pay and confinement when assessing whether a child worker has been enslaved and is entitled to compensation.

India's top court has repeatedly ruled that the bondage laws do not only apply to victims who are working to clear debts, but also cover people forced to work through deception and coercion.

The federal labour ministry did not answer questions about compensation for child victims. The ministry said 118 million rupees had been awarded to 11,300 bonded workers across India since June 2016, but did not specify how many were children.

The Thomson Reuters Foundation revealed last year that no survivors of bonded labour had received the full amount of compensation to which they were entitled between 2016 and 2019. 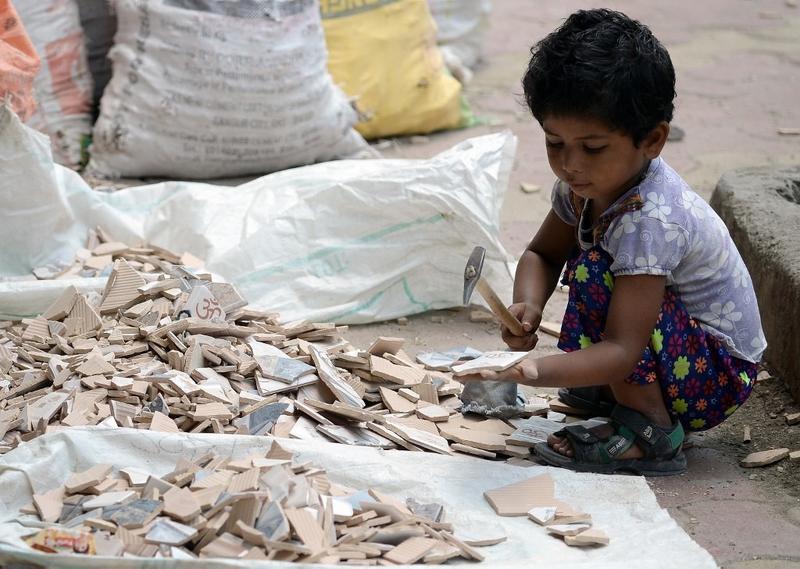 In this June 1, 2015 photo, an Indian child breaks apart broken tiles alongside her mother (not in frame) outside an under-construction apartment building in Mumbai. (INDRANIL MUKHERJEE / AFP)

About 175,000 children in India have been removed or rescued from work and given support since 2016, government data shows.

State authorities rarely classify rescued child workers as victims of slavery due to inconsistent testimonies and a lack of identity documents or proof of enslavement, campaigners said.

The United States' annual Trafficking in Persons (TIP) report - published last week - said that the misidentification of bonded labour cases as child labour was an issue in India.

"States deny the presence of bonded people ... it increases their work, and makes them (rescued workers) eligible to entitlements," said Suresh Kumar, executive director of child rights' charity Centre Direct. "(Most) children do not get aid."

Bihar government's social welfare director, Raj Kumar, said it was tough for victims of child labour to prove they had been enslaved. The burden of proof should not lie on children and officials must instead focus on questioning employers, he added.

Yet a senior labour official in Telangana said the state could not treat every case involving rescued child workers as slavery given many children worked part-time as domestic help or in shops, and were often encouraged to do so by their parents.

"(In such cases) there is no restriction on movement or forced labour," said joint labour commissioner E. Gangadhar.

The National Commission for the Protection of Child Rights (NCPCR) has urged states to hand over the decision-making from police and bureaucrats to local child welfare committees.

This would speed up the process and ensure fairer and more sensitive hearings for children, said chairman Priyank Kanoongo, who also called for compensation to not depend on convictions.

Amitosh Pareek of the Aasra Foundation - which gives legal assistance to rescued child workers - said the need to provide children who had been enslaved with due compensation had never been greater given the impact of COVID-19 on countless families.

"Without the support, the outcome is obvious - they will be back in the hands of traffickers," said Pareek, who is a lawyer.

"It is a huge injustice to deny (compensation) to any children in this context (the coronavirus outbreak in India)."

One former child labourer, Santosh Kumar, was rescued last year after being trafficked to a bangle factory in Jaipur.

Now home in Bihar, the teenager is awaiting compensation.

"I was told I was entitled to aid (after rescue), but haven't got any money yet," the 15-year-old said by phone.

"I do whatever work I get," Kumar said, adding that he had earned a little by digging mounds of mud. "There is not much work now because of the lockdown, but I have to keep looking."