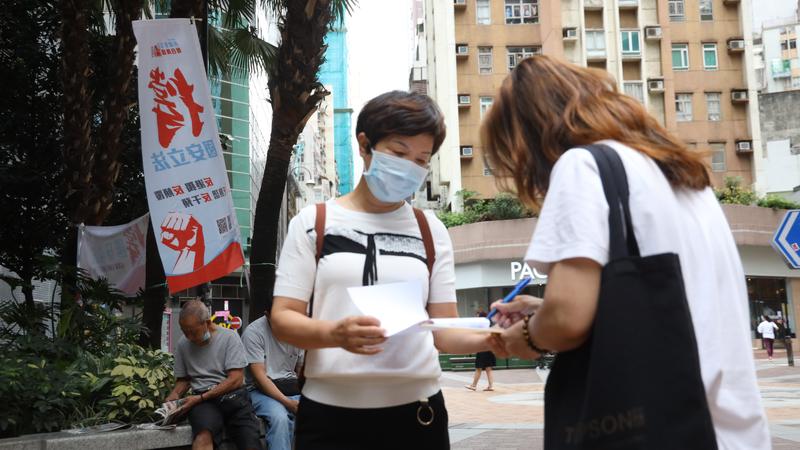 HONG KONG - Various sectors of Hong Kong voiced strong support for the proposed national security law for the special administrative region as details of the draft were released on Saturday following a three-day session of the Standing Committee of the National People’s Congress in Beijing.

Tam Yiu-chung, Hong Kong’s delegate to the Standing Committee, said in an interview live-streamed on Hong Kong’s i-Cable News that the legislators gave full consideration to suggestions for the draft from Hong Kong, such as stating that Hong Kong’s government will take charge of enforcement and prosecutions under the law except in certain circumstances.

The draft clearly states what crimes are offenses under the national security law, and protects the rights of Hong Kong residents stipulated under other Hong Kong laws and international covenants, Tam said.

Hong Kong’s common law system has been taken into consideration in writing the draft law, he said, adding that he hopes it can bring stability to the city under the “one country, two systems” principle.

The Standing Committee of the National People’s Congress wrapped up its bimonthly session on Saturday. According to the details, the proposed national security law will proscribe four types of acts endangering national security: secession, subversion of state power, terrorist activities and collusion with foreign and external forces to endanger national security.

The penalties for the crimes have yet to be announced. Tam said he believes punishment may range from three to 10 years imprisonment.

The Democratic Alliance for the Betterment and Progress of Hong Kong, the largest party in the city’s legislature, expressed “full support” for the draft law, saying it has taken into account the different legal systems in Hong Kong and the Chinese mainland.

In a statement issued on Saturday, DAB said it believes the law, which complies with international treaties by upholding human rights protection, will also be welcomed by the majority of Hong Kong residents.

Earlier, more than 2.9 million people in Hong Kong signed a petition in support the proposed legislation.

The party also suggested the Hong Kong government set up agencies and arrange enforcement officers in a timely manner, so that the law could be enforced as soon as it is passed to deal with violence and separatism and to stabilize the society.

The arrangement that the chief executive will be responsible for appointing judges to preside over national-security-related cases strikes a balance between the central government’s concerns and the HKSAR’s high degree of autonomy, said Lau Siu-kai, vice-president of the Chinese Association of Hong Kong and Macao Studies, the nation's leading think tank on Hong Kong affairs.

Such an arrangement will ensure the judges in charge of relevant cases have an intimate knowledge of national security issues and it shows the central government respects the general practice of common law, Lau said.

Lau said the national security agency to be established by the central government in the SAR will buttress the city’s ability to safeguard national security, as that isn’t an area of expertise within the local law enforcement agencies.

The FTU will mobilize all its members and affiliates to back the legislation that may lift the city out of the current chaos, it said in a statement.