Shanghai Museum exhibits a rare range of artifacts with origins from the lower reaches of the Yangtze River, Zhang Kun reports in Shanghai. 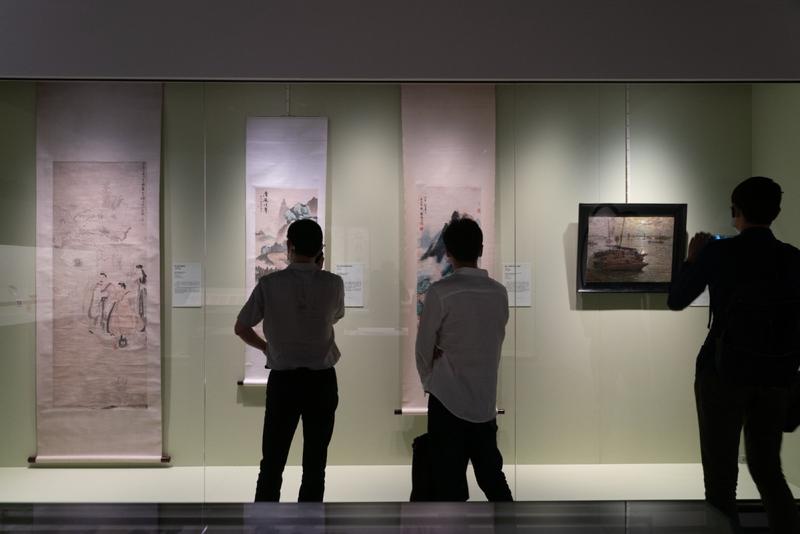 The exhibition, which runs from May 26 through Aug 23, showcases 197 objects, consisting of selected pieces from the collection of Shanghai Museum, as well as those borrowed from 15 other museums and institutions.

Today, the Yangtze River Delta has in a sense become synonymous with Jiangnan, according to Yang Zhigang, director of Shanghai Museum. With Shanghai being the flagship city in the region, Shanghai Museum has amassed an impressive collection and performed extensive research on the history and art of Jiangnan.

"For many years we have been dedicated to our role as a custodian of traditional Chinese culture and have staged dozens of exhibitions in Jiangnan," Yang says. "It has become our important mission to leverage our rich collection to host Jiangnan-themed shows, which may help to implement the municipal and national strategies promoting Jiangnan culture in Shanghai, alongside revolutionary culture and modern Haipai culture (Shanghai-style, which features a combination of Chinese and Western elements)," he says.

From a pottery sculpture of a domesticated pig dating back more than 5,000 years to oil paintings by artists studying in Europe in the 1900s, the exhibition presents the long story of Jiangnan's cultural development and economic importance in five chapters.

The first chapter, A Cradle of Valiant and Intelligent Civilization, features the formation of a distinctive Jiangnan culture, where the core value highlighting art and calligraphy was evolved.

The second chapter, A Life of Decorum and Freedom, examines social customs and rituals through ceremonial objects and paintings depicting the diverse ideology and religions in the area. 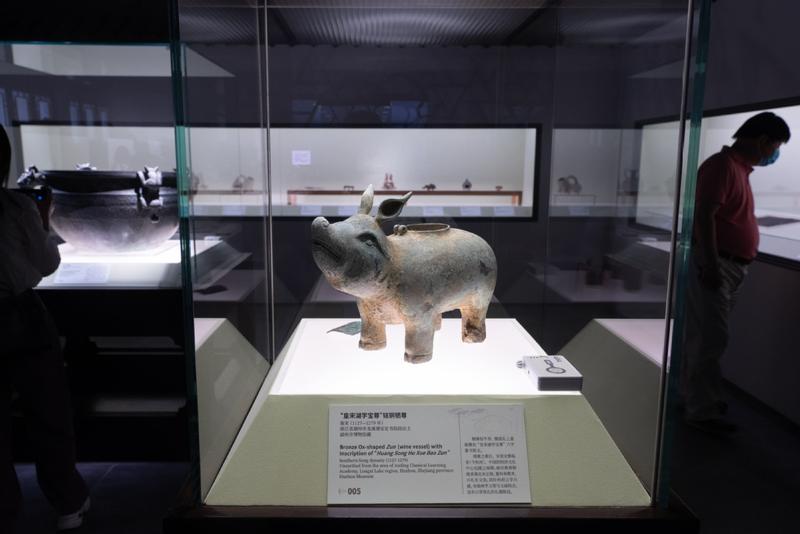 The third chapter, Moral Integrity and Worldly Success, highlights great historical figures in the area, from ancient politicians and marshals to philosophers and literati.

The fourth chapter, A Pastime of Grace, displays the interesting juxtaposition of refined high life and civilian aesthetics.

The fifth chapter, An Age of New Achievements, lays out the economic significance of the Yangtze River Delta as well as international trade and cultural communications, presenting fine silk products and ceramic that were important merchandise on the Maritime Silk Road.

The exhibits cover such a wide range of categories as ivory, bronze, ceramic, paintings and calligraphy, lacquer and furniture, some of which are on public display for the first time, according to Gu Xianzi, a researcher with Shanghai Museum and curator of the show.

"We started to make preparations for this exhibition in 2018," Gu said during a preview with the media. "All the departments of Shanghai Museum joined hands to work on this project, and we also consulted several scholars from other institutions to help the exhibition gain a better academic foothold."

To help audiences enjoy the exhibition and experience authentic Jiangnan culture and lifestyle, Shanghai Museum introduced a series of new merchandise related to the objects, artworks and the subjects of the exhibition, such as an embroidered silk pouch for storage of herbal incense, porcelain tea sets and even a limited edition of Chinese yellow liquors.

The museum hosted a livestreaming show on the night of May 26 to promote the exhibition and the merchandise. Between 7 and 9 pm, more than 800 sales were made during the livestream, raking in more than 90,000 yuan (US$12,700). Many viewers had to make pre-orders of certain products because they sold out so quickly.

Admission to Shanghai Museum is free from Tuesday to Sunday. Visitors to the exhibition will have to make reservations on the museum website or official WeChat account.