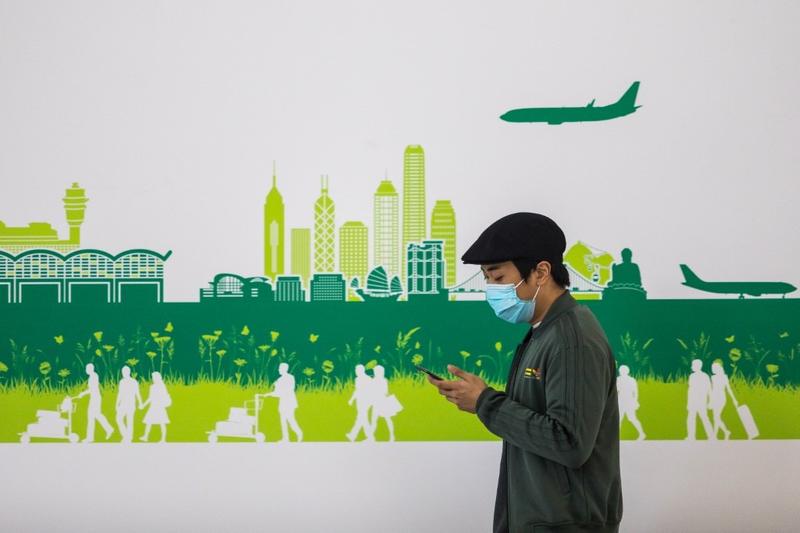 HONG KONG - Hong Kong recorded 21 new coronavirus cases on Tuesday, including three linked to a karaoke gathering and four others connected to the largest infection cluster linked to bars. The local tally rose to 935.

Three newly confirmed patients were colleagues of a 48-year-old salesman of Marks & Spencer in Hong Kong who was confirmed to be infected on Monday. They were among a group of eight people who gathered at a karaoke lounge in Causeway Bay on March 25.

Three Marks & Spencer employees were among 21 new patients on Tuesday. They were among a group of eight people who gathered at a karaoke lounge in Causeway Bay on March 25

Another four local cases involved close contacts, mostly family members, of previously confirmed patients who had visited bars. So far, more than 80 patients were found to have worked or drank at bars during the incubation period.

Health authorities also said a man was mistakenly admitted into hospital on Monday. In fact, his son was the confirmed patient. The son was hospitalized on Tuesday after the authorities noticed the mistake. The three family members, who were close contacts of an infected couple, were living together in a government quarantine unit.

He explained that some COVID-19 patients, especially younger ones, showed only mild symptoms. Thus he advised private doctors to arrange tests for patients even with mild symptoms or without travel history.

Wong said the center has received more than 4,000 specimens from private clinics, 2 percent of which were tested positive, which is a relatively high level among different groups of suspected patients under medical observations.

Of the 21 latest COVID-19 patients, aged between 16 to 61, 12 have recent travel history, including four students returning from abroad and a foreign domestic helper returning from France.

Health authorities were still trying to determine the source of infection of a 38-year-old Nepalese pregnant woman.

The Hospital Authority said 20 more patients have been discharged from hospital on Tuesday, while 14 were in critical condition.