Singapore says it was 'correct' not to close schools earlier 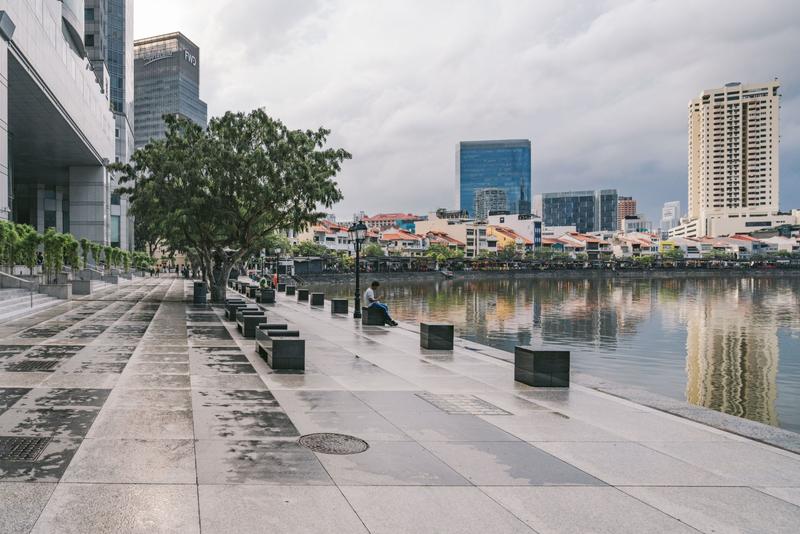 A man sits on the empty quayside during the evening 'happy hour' beside the Singapore river in Singapore, on March 27, 2020. (PHOTO / BLOOMBERG)

Singapore defended its decision not to close its schools earlier as the Southeast Asian country goes into a partial lockdown from today to stem the spread of the coronavirus.

It was the “correct” move to leave them open as young people don’t seem to be as affected by the virus as adults, while there is no evidence they are vectors of transmission, the city-state’s education minister Ong Ye Kung said in an interview with Bloomberg TV. Shutting the schools now is part of a slew of so-called “circuit breaker” measures to shrink the transmission rate of the virus, he said.

It was one of a handful of countries that had resisted doing so, citing early research that children are not as affected as adults,

“It was correct to keep schools open, but as of now, I think if we want to do a circuit breaker properly, we should close schools” as well, said Ong.

From this week, Singapore will close its schools as the city-state moves to full home-based learning. It was one of a handful of countries that had resisted doing so, citing early research that children are not as affected as adults, even when more than 160 countries had already shut their schools.

The decision to suspend schools and also close most workplaces came as confirmed cases of local transmissions and unlinked infections in the country have risen in recent weeks. As of Monday, Singapore reported a total of 1,375 cases since the outbreak began. On April 5, the city-state announced 120 new cases, by far its highest single-day tally.

While Ong said about 65 students have been infected with the virus so far, none of them got the disease while attending school but from traveling or from the adult family members in their households. Schools and some businesses may reopen by May 4 if the circuit breaker measures are successful, he said.

While Ong said about 65 students have been infected with the virus so far, none of them got the disease while attending school

“If we do it right, if everyone cooperates, we should be able to crash the transmission rate,” Ong said. “I really hope we do this successfully, and by the fourth of May, we can reopen some business outlets, we can reopen schools, and life gets back to a certain normalcy again.”

Trade-reliant Singapore is reeling from the impact of the coronavirus outbreak, with the government predicting a 1%-4% contraction in the economy this year. That’s even before new restrictions on movement begin today. Ong said the virus has all but forced productivity to come to a halt. “Activity stops, so the impact on GDP will be tremendous” this month, he said. 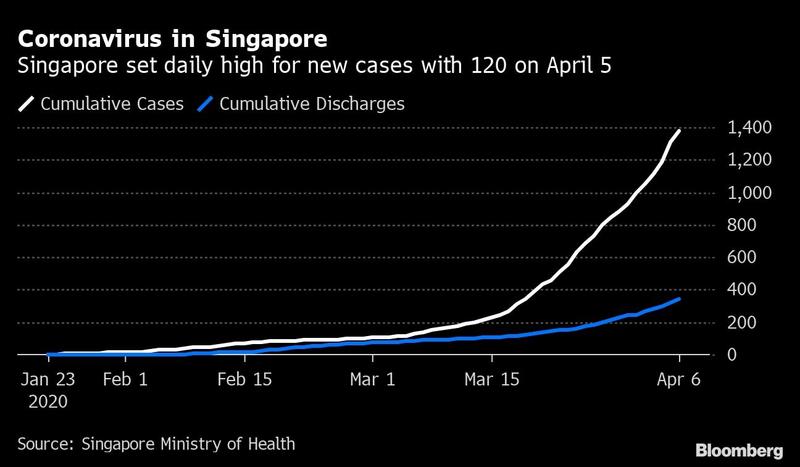 The fiscal measures are meant to help companies survive, ensure they have cash flow and help people to pull through this period, Ong said.

Trade-reliant Singapore is reeling from the impact of the coronavirus outbreak, with the government predicting a 1%-4% contraction in the economy this year

With general elections that must be held in the country by April 2021, Ong said there’s a “good chance” Singaporeans may have to go to the polls amid the virus outbreak.

The government introduced a bill in parliament on Tuesday, allowing for the implementation of temporary arrangements to ensure the safety of voters, candidates and election officials if elections happen during the present situation.

“Life still goes on. We still go about our daily lives and democracy still has to go on,” Ong said. “If we can get the virus in control, I think we can still have an election campaign plus voting in a safe way.”