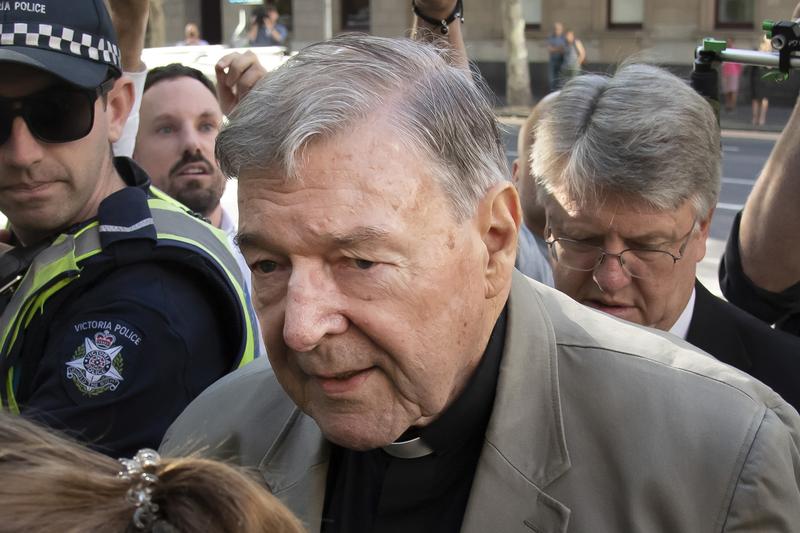 In this Feb 27, 2019, file photo, Cardinal George Pell arrives at the County Court in Melbourne, Australia. Australia's highest court on April 7, 2020 has dismissed the convictions of the most senior Catholic found guilty of child sex abuse. (ANDY BROWNBILL / AP)

The Vatican welcomed the decision and praised Pell for having “waited for the truth to be ascertained”.

In a statement it said it always had confidence in Australian justice, that Pell had always maintained his innocence and that the Holy See reaffirmed its “commitment to preventing and pursuing all cases of abuse against minors”.

The High Court, ruling from Brisbane, ordered Pell’s convictions be quashed and verdicts of acquittal be entered in their place, ending the most high profile case of alleged historical sex abuse to rock the Roman Catholic Church.

The seven judges of the High Court agreed unanimously that the jury in the cardinal’s trial “ought to have entertained a doubt” about his guilt. Pell, who has maintained his innocence throughout the lengthy court process, cannot be retried on the charges.

“I hold no ill will toward my accuser, I do not want my acquittal to add to the hurt and bitterness so many feel; there is certainly hurt and bitterness enough,” Pell said in a statement shortly before he was driven away from the maximum security Barwon Prison near Melbourne.

The verdict comes in the middle of Holy Week, the period leading up to Easter, the most important day in the Christian calendar.

A few hours after Pell’s acquittal, Pope Francis offered his morning Mass for those who suffer from unjust sentences. Francis did not mention Pell by name.

“I would like to pray today for all those people who suffer unjust sentences resulting from intransigence (against them),” Francis said, speaking extemporaneously at the start of the Mass.

An investigation of Pell by the Vatican was mooted but never formally begun.

The pope appointed Pell to overhaul the Vatican’s vast finances in 2014 and has withheld comment on the case throughout the trial and appeals.

The Survivors Network of those Abused by Priests (SNAP) said it was “dismayed and heartbroken” by the verdict.

“This is a disappointing ruling that only exacerbates the mistrust survivors feel,” SNAP Australia said in a statement. 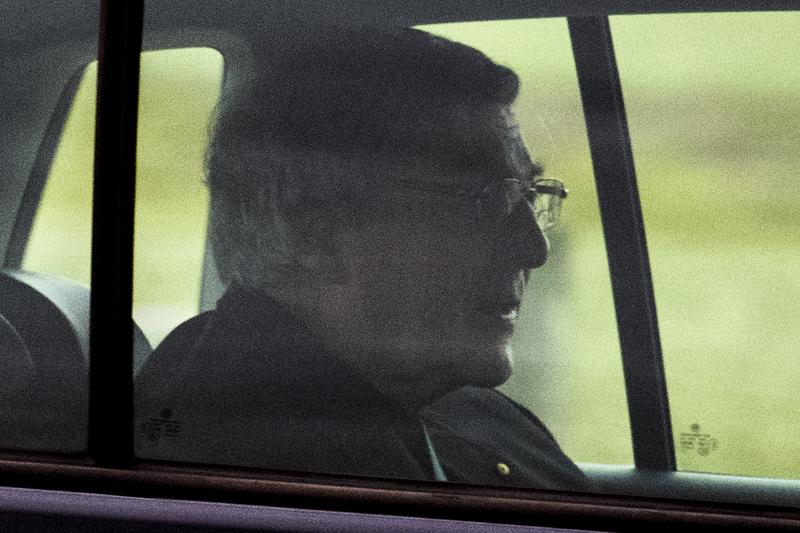 Cardinal George Pell sits in the back seat of a car as he leaves prison in Geelong, Australia, April 7, 2020. Pope Francis' former finance minister Pell had been the most senior Catholic found guilty of sexually abusing children and has spent 13 months in high-security prisons before seven High Court judges unanimously dismissed his convictions. (JAMES ROSS / AAP IMAGE VIA AP)

Pell, a polarising figure in Australia for his conservative views, remained a cardinal but lost his treasurer role last year when he became the highest ranked Catholic official worldwide to be jailed for child sex offences.

He was serving a six-year sentence on one charge of sexual penetration of a child under 16 and four charges of an indecent act with a child under 16, which the plaintiff said took place when Pell was archbishop of the city of Melbourne.

Did not take stand

Pell’s first trial ended in a hung jury. The jury at his second trial in 2018 unanimously found him guilty. Pell did not take the stand at either trial.

A lower appeal court had upheld Pell’s conviction, but the High Court found it had failed to properly consider evidence that should have raised doubt that he was guilty.

Pell’s accuser, one of two boys the archbishop was alleged to have assaulted, had said the offences took place shortly after Sunday masses, in the priests’ sacristy and corridor of St. Patrick’s Cathedral in Melbourne, while Pell was robed.

The High Court judges pointed to unchallenged evidence from church officials at Pell’s trial that he typically spent time talking to congregants on the church steps after mass, he was always accompanied by a priest while robed, and the sacristy was usually a hive of activity after mass.

The lower appeals court and the trial jury watched a video of his accuser’s testimony, described by the prosecutor as “powerful and persuasive”. The High Court did not view it and said it should not have been necessary for the appeal court to have viewed it.

The second alleged victim in the case died in 2014 of a drug overdose. His father, who is pursuing a civil case against Pell, said through his lawyer Lisa Flynn he was “in shock” and “furious” a conviction by a unanimous jury had been overturned.

“Our client says he is heartbroken for (his son’s friend, the accuser in the case) who stuck his neck out by coming forward to tell his story,” Flynn of Shine Lawyers said.

Vivian Waller, a lawyer for the accuser, said her client would make a statement on Wednesday.

While the trial and appeals were held in courtrooms packed with media and supporters for both sides, Tuesday’s decision was delivered to a largely empty courtroom in Brisbane because of national restrictions on travel and public gatherings amid the coronavirus pandemic.

The Australian Catholic Bishops Conference said the acquittal would be welcomed by many and “devastating for others.”

“The result today does not change the Church’s unwavering commitment to child safety and to a just and compassionate response to survivors and victims of child sexual abuse,” said Archbishop Mark Coleridge, president of the conference.