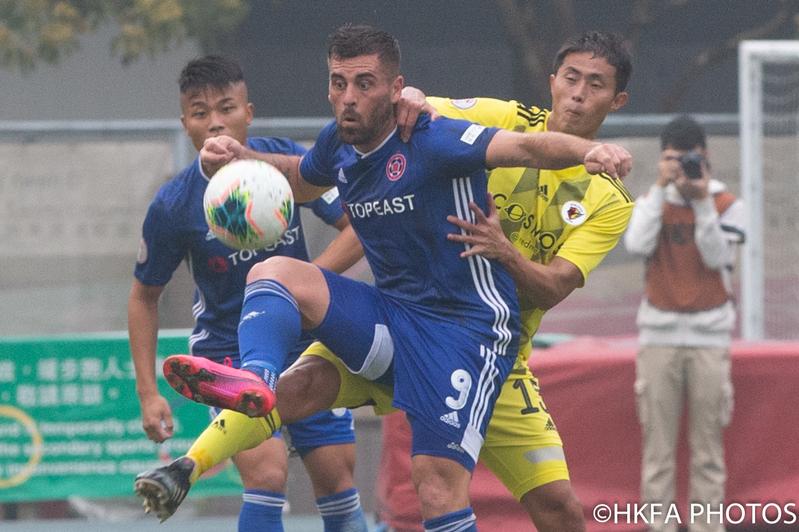 Eastern beat Pegasus 5-0 and advance to the FA Cup final scheduled for May. (PHOTO COURTESY OF HKFA)

Following a new spike in confirmed coronavirus cases in the city, the Hong Kong Football Association once again made the decision to suspend all competitive matches until at least April 13. After an initial shutdown at the end of January, the situation appeared to become more relaxed, with Sapling Cup games going ahead throughout February at the Football Training Centre and later on FA Cup games at the Tseung Kwan O Sports Ground, albeit behind closed doors.

Meanwhile, the HKFA Medical Committee recommended stricter precautions for the coming weeks. As CEO Paul Woodland explained: “It is unfortunate that the number of COVID-19 cases has been risen in Hong Kong and HKFA will act on the advice given by the Medical Committee that for the health and safety of players and all other persons at matches. A decision has been made to suspend all matches with immediate effect for a period on three weeks. The Jockey Club HKFA Football Training Centre will also close its doors till advice is given that it is safe to open for limited services for HKPL team training.”

A few days ago, Hong Kong was one of the few global leagues left with on-going competitions, aside from exceptional places like Belarus, which is still continuing with football matches until this day.

If the situation will not significantly improve over the next few weeks, the Hong Kong Football Association would soon face increasing pressure, as time is running out to finish the season by the end of May. As many player contracts are expiring at that time, an extension of the season is rather unlikely. The final decision is also not just in the hands of the FA. Eventually, they will rely on the re-opening of sports venues which are managed by the Leisure and Cultural Services Department which is bound to government decisions. 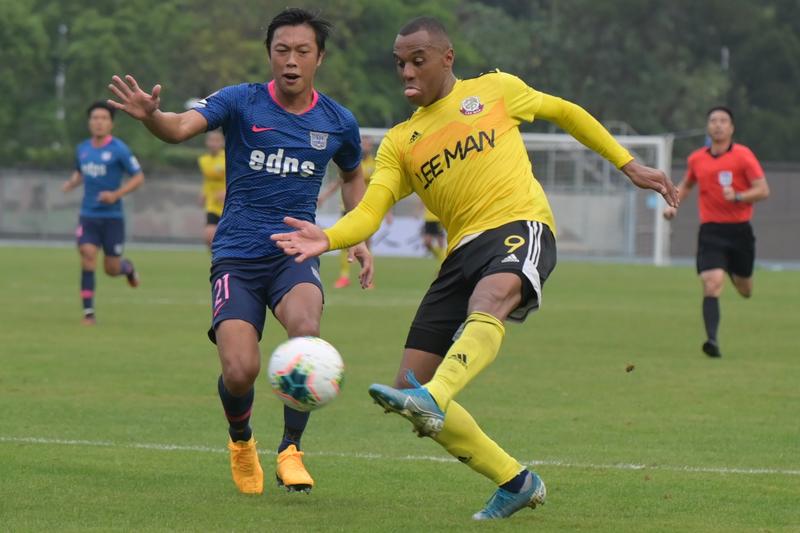 For now, however, this may especially affect the lower amateur leagues in Hong Kong, particularly First Division, Second Division, and Third Division. HKFA chairman Pui Kwan-yee admitted that it will be very difficult to reschedule all the postponed games for these competitions and that an eventual shortening of the season would be a more realistic option. Previously, First Division side Resources Capital have expressed their ambitions to get promoted to the Premier League. They are currently leading the table, five points ahead of runners up Hong Kong Football Club. However, this is with just 13 out of 26 rounds played at the moment. Hence, a final decision might entail some serious negotiations over the summer months, about who should be eligible for promotion and relegation between the four divisions. In the meantime, results of the reserve leagues, youth leagues, and women’s leagues are likely to be scrapped.

Nonetheless, before the most recent suspension of local football and the closure of sports venues, the HKFA was able to proceed with one more league game between Lee Man and Kitchee as well as the FA Cup semi-finals before the lockdown returned.

In their rescheduled league encounter, Kitchee succumbed to a crucial defeat against Lee Man on March 18, when the Bees managed to turn around the game within the last five minutes. Kitchee took the lead in the 66th minute when Nikola Komazec scored his debut goal for the club. However, it was Lee Man’s Michael N’dri who became the man of the match. After Li Ngai-hoi handled the ball in the box, the French striker converted from the spot. A few moments later, N’dri exploited a careless safe by Wang Zhenpeng to score the match winner in the third minute of added time. This victory puts Lee Man back into the title race, claiming the runners-up spot in the league, just three points behind R&F. Kitchee are on third, on same points with Lee Man, however, with one game more than their rivals. They are followed by Southern and Eastern on fourth and fifth respectively.

The other two games last weekend featured two exciting FA Cup semi-finals. Eastern were the clear favourites for their match-up with Pegasus and the Blues made no mistake to claim an easy win. The 5-0 rout included two goals each by Sandro and Everton Camargo, with Michel Clayton completing the score. The Flying Horsemen had no recipe against the on-rolling Brazilian-infused Eastern attack, which is probably the strongest offensive line-up in the league at the moment.

On Sunday afternoon, R&F and Tai Po were fighting over the last remaining spot in the FA Cup final, and the Greens offered a surprisingly competitive game. What should have been a relatively easy task for the Guangzhou side, turned into a spectacle when Dudu equalized in the fifth minute of injury time, forcing the game into extra time. Now it was Tai Po’s turn to take the lead through Michel Lugo in the 98th minute, but R&F’s Tiago de Leonco equalized just nine minutes later. This meant that the decision went into a penalty shootout, in which R&F kept the upper hand, converting all five of their attempts.

Given the current situation, the exact date for the final is not confirmed yet, though it has been tentatively scheduled for 4 pm on May 31, 2020. At that day, Eastern and R&F may fight for the last remaining ticket in next year’s AFC Cup competition. This year’s edition of the latter has also been suspended, with both Kitchee and Tai Po waiting for the group stage fixtures to resume. But this is not expected to happen until later this year.