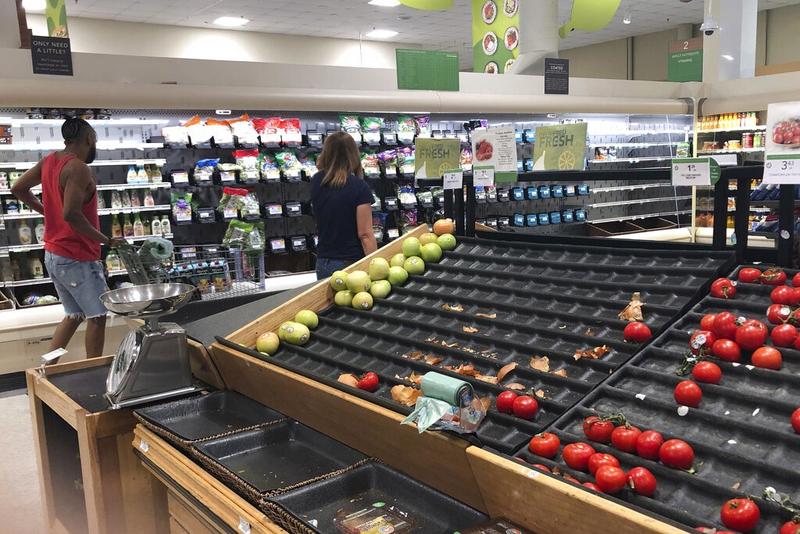 Shoppers walk near empty shelves as they look for supplies at a Publix Supermarket, March 17, 2020, in Miami Shores, Fla. (PHOTO / AP)

SINGAPORE - Global food security concerns are mounting with around a fifth of the world’s population already under lockdown to fight the widening coronavirus pandemic that has infected over 470,000 people across 200 countries, killing 21,000.

Panic buying of household staples like toilet paper and cleaning products have occurred in nearly every country hit by the virus, and empty shelves in supermarkets have been common.

Compounding the anxiety stemming from erratic consumer buying has been concern that some governments may move to restrict the flow of food staples to ensure their own populations have enough while supply chains get disrupted by the pandemic.

“If major exporters start keeping grains at home, it will have the buyers really worried. It is panicking and not rational, as fundamentally the world is well supplied with food.”

Vietnam, the third largest rice exporter, and Kazakhstan, the number nine wheat exporter, have already made moves to restrict sales of those staples amid concerns over domestic availability.

India, the top global rice exporter, has just entered a three-week lockdown that has brought several logistics channels to a halt.

India, the top global rice exporter, has just entered a three-week lockdown that has brought several logistics channels to a halt

On the importer side, Iraq announced it needs 1 million tonnes of wheat and 250,000 tonnes of rice after a “crisis committee” advised building up strategic food stocks.

Together, these moves have raised concerns among agriculture traders about unnecessary food supply distortions.

Combined global production of rice and wheat - the most widely-traded food crops - is projected to be a record 1.26 billion tonnes this year, according United States Department of Agriculture data.

That output tonnage should easily surpass total combined consumption of those crops, and should lead to a build in year-end inventories to a record 469.4 million tonnes, USDA data shows.

However, those projections assume normal crop flows from where they’re produced to where they’re consumed, as well as the usual availability of substitutes.

Prices for rice are already rising due to expectations of a further squeeze on exports.

“It is a logistics issue. Vietnam has stopped exports, India is in a lockdown and Thailand could declare similar measures,” said a senior Singapore-based trader at one of world’s top rice traders. 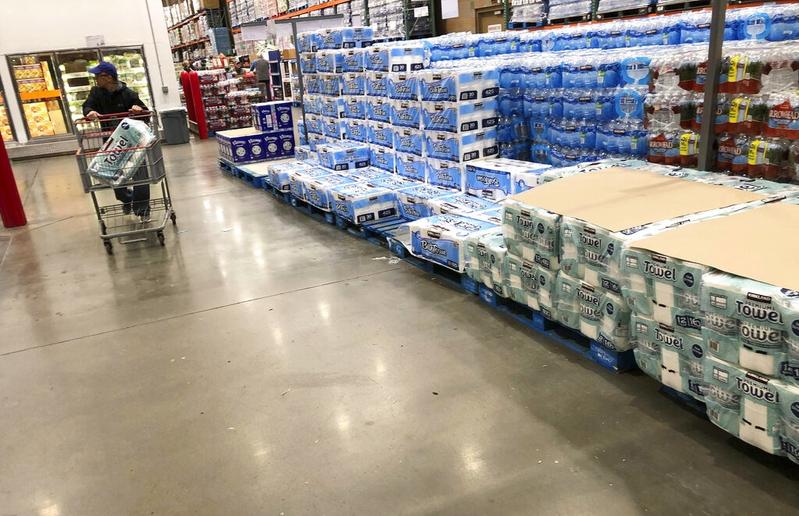 A shopper pushes a cart past a dwindling supply of toilet paper and hand towels in a Costco warehouse as shoppers continue to buy paper products in response to the spread of the coronavirus, March 23, 2020, in Lone Tree, Colo. (PHOTO / AP)

Elsewhere, Russia’s vegetable oil union has called for a restriction in sunflower seed exports, and palm oil output has slowed in the number two producer Malaysia.

Benchmark rice prices in Thailand RI-THBKN5-P1 have climbed to the highest since August 2013 at US$492.5 a ton.

Global rice stocks are estimated to surpass 180 million tonnes for the first time this year, up 28% since the 2015-16 season

The market had topped US$1,000 a ton during the food crisis of 2008, when export restrictions and panic buying buoyed prices.

“We are unlikely to see a repeat of 2008,” the Singapore rice trader said. “One thing is that the world has enough supplies, especially in India where inventories are very large.”

Global rice stocks are estimated to surpass 180 million tonnes for the first time this year, up 28% since the 2015-16 season.

But those inventories are not distributed evenly. Big rice buyers such as the Philippines, the top importer, and others in Asia and Africa could be vulnerable if crop movements are curtailed for long.

“Our rice inventory is good for 65 days. We have enough rice for the next two months,” said the Philippines Agriculture Secretary William Dar.

With additional supply coming from the dry season harvest, Dar told reporters the Philippines has enough rice for the next four months.

Most wheat buyers in Asia, led by the world’s second largest importer Indonesia, are covered for supplies until June, traders said.

“As of now we have not seen any wheat importer rushing to cover supplies more than the usual needs,” said one trader in Singapore at an international trading company which sells Black Sea and US wheat in Asia.