Kitchee and Southern drop out of FA Cup 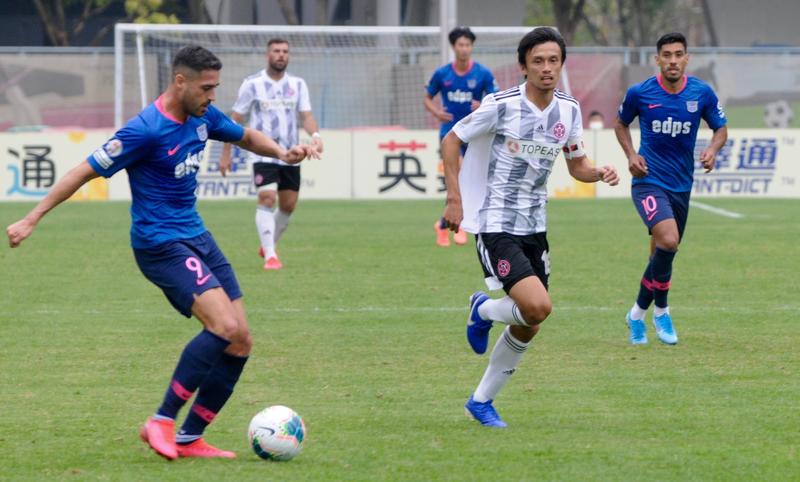 Kitchee lost 0-2 to Eastern in the FA Cup quarter-final. (PHOTO COURTESY OF HKFA)

Even though all games are currently played behind closed doors at Tseung Kwan O Sports Ground, the FA Cup quarter finals provided some entertaining football matches last weekend. Pegasus, R&F, Eastern, and Tai Po emerged as winners of their respective games and will continue their battle in the upcoming semi-finals. For Kitchee, Southern, Happy Valley, and Yuen Long, however, the hope for another trophy is gone now.

Yuen Long and Pegasus were the first to meet on March 12. The Tangerines took the lead early on, but soon it turned into an open game at eye-level with plenty of goals on either side. Pegasus’ Jean Moser scored the 3-3 equalizer through a penalty in the last minute, forcing the game into extra time, where the Brazilian found the back of the net two more times. Maicon Santana pulled one back for Yuen Long in the 118th minute, but it was too little too late and the match ended in a 4-5 victory for the Flying Horsemen. Man of the match was definitely ex-Yuen Long striker Jean Moser with a total of four goals.

One day later, on March 13, R&F locked horns with Happy Valley in what turned into a very one-sided affair. Giovane da Silva scored a hat-trick within less than 30 minutes for the Guangzhou side, and his teammate Igor Sartori added a fourth goal in the 83rd minute to mark a deserved 4-0 win. Happy Valley are now out of all competitions, and like Yuen Long, they may now fully focus on the relegation battle for the coming weeks, which will decide if they can stay in the top-flight or not in the coming year.

The most anticipated game of the round was definitely the encounter between arch-rivals Kitchee and Eastern on Sunday afternoon, March 15. Both teams created plenty of chances, but in the end it was Eastern who had the upper hand. Eastern striker Sandro opened the score in the 53rd minute against his ex-club, and after Kitchee continued pressing for an equalizer, Everton Camargo put an end to their comeback hopes with another goal in the 82nd minute. The match also saw a controversial scene between Lucas Silva and Helio, with the latter suffering a cheek bone fracture, which could put him out for the rest of the season. 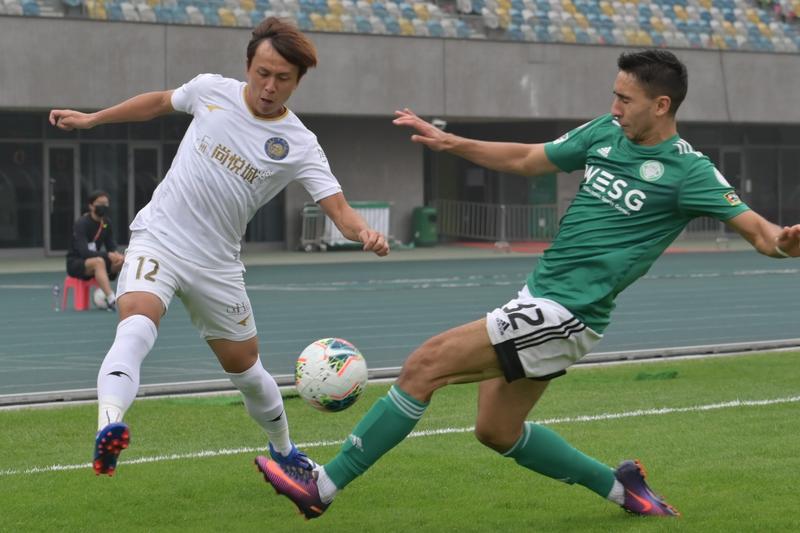 Last but not least, Southern and Tai Po met each other for a district derby on March 16, in which the Aberdeeners suffered a disappointing 1-4 loss. The Greens have probably seen the biggest improvement among local sides in recent weeks, and did not disappoint their fans with another entertaining match. Dudu and Michael Luk scored early in the first half, giving their team a 2-0 lead, before Chan Kong-pan pulled one back for Southern. But the dominance of the reigning champions could not be stopped in the second half as well. Yuto Nakamura and Kim Seung-yong added two more goals to the final tally – and the result had also some serious consequences for Southern. Soon after the game the club announced that they had released head coach Ricky Cheng from his duties. Cheng has come under increasing pressure, as Southern continuously failed to win any silverware, despite a promising squad at their disposal.

The coming days will see three more games at Tseung Kwan O Sports Ground, with Lee Man and Kitchee squaring off in a rescheduled Premier League game on Wednesday, and the two semi-finals of the FA Cup being scheduled for Saturday and Sunday. All games remain behind closed doors but will be broadcast online for free.

The game between Lee Man and Kitchee was originally scheduled for early October. Recently, the two clubs agreed to use the current window and make up for the previously postponed game. That said, it will be a crucial match for both of them, as it could become an early decision for their fate in the current championship. If Lee Man win the game, they could find themselves back in the mix for the title race, as they would jump to the second position, on equal points with Kitchee. At the same time, however, this could allow R&F to widen the gap to their followers and further assert themselves on the top. For Kitchee, a win could boost their chances to become a serious title challenger, as they would be able to catch up to R&F – forcing a decision in their direct encounter that has yet to be played. 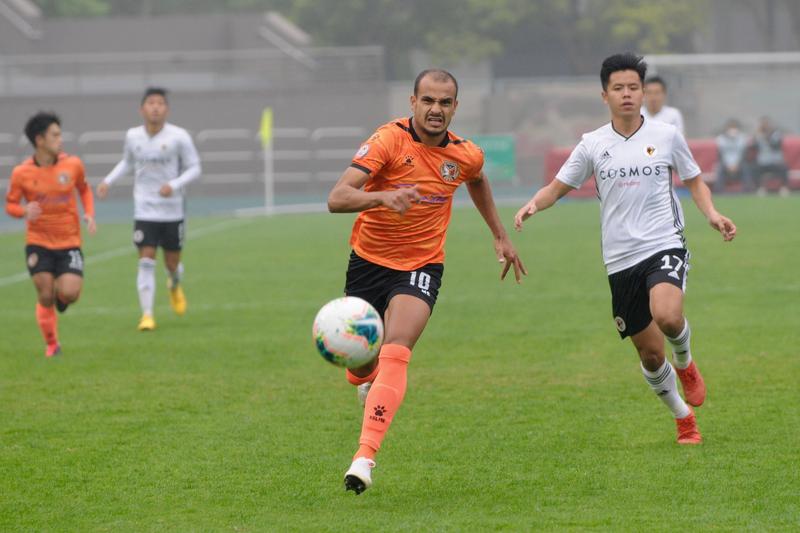 Pegasus eliminated Yuen Long from the FA Cup with a 4-5 victory in extra time. (PHOTO COURTESY OF HKFA)

There is no doubt that Eastern will be clear favourites in this game, especially after eliminating title defenders Kitchee in the previous quarter final. With three of the league’s best strikers at their disposal – Sandro, Lucas Silva, and Everton Camargo – Eastern have currently the most dangerous attacking line, which could turn into a serious challenge for the troubled Pegasus defense, which still conceded four goals against Yuen Long last weekend. However, the Flying Horsemen have their very own Brazilian threat to count on. Jean Moser just scored four of his team’s five goals in the last match, and Eastern goalkeeper Yapp Hung-fail should be duly warned by now.

Until recently, this game should have been a relatively easy task for R&F, however, Tai Po have really improved in recent weeks. Compared to a regular league game, the Greens should also feel some additional motivation, as they have now realistic chances to salvage at least one piece of silverware, despite many expecting that the fallen champions would have a disastrous season.

The winners of these two games will face each other in the FA Cup Final, which is tentatively scheduled for 31 May.