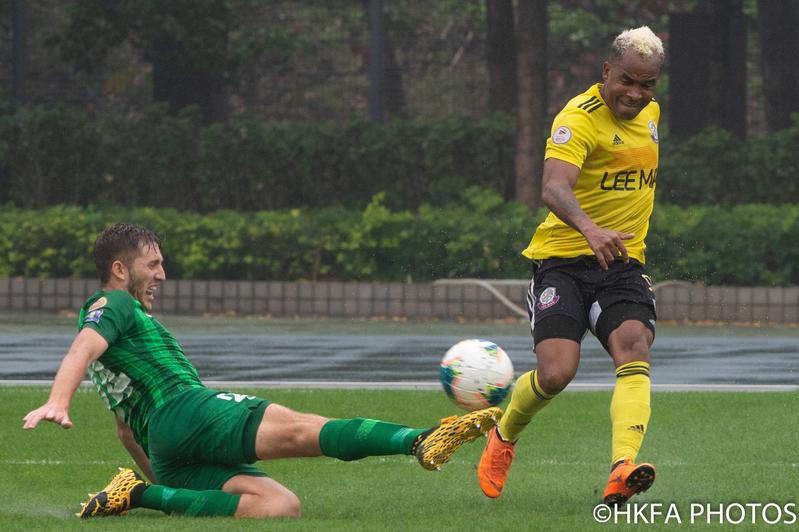 Following a relatively slow increase of new Covid-19 cases in Hong Kong over the last weeks, both cultural and sports organization in the city aim to resume partial operations. However, for now all publicly owned sports grounds in Hong Kong remain closed, which still limits the possibilities for the Hong Kong Football Association to get back to normal anytime soon. All league games have been suspended since the end of January, which includes Premier League, First Division, Second Division, Third Division, Reserve Division, as well as women’s and youth leagues. An eventual fixture pile-up seems now inevitable and clubs may soon need to discuss if they agree to shorten the season, as it will be a difficult task to extend the entire schedule over the summer.

Nonetheless, the HKFA has been working hard to keep the professional clubs of the top-tier engaged, first by playing Sapling Cup group stage games at the Football Training Centre in February, and now by organizing FA Cup rounds at Tseung Kwan O Sports Ground – though still behind closed doors.

Meanwhile, FIFA agreed to the joint petition of AFC member associations to postpone the upcoming World Cup qualifying matches in March and June to autumn. The HKFA has signaled that it may use these freed up match days to reschedule Premier League matches – in the hope to get the season back on track by the end of March or early April.

On Tuesday, March 10, Southern and Kitchee squared off at Tseung Kwan O, in what was the first league match in 51 days and a direct fight for the runners-up position in the table. The Bluewaves seem to have been least affected by the difficult circumstances and impressed with a dominant performance, beating the Aberdeeners 5-1, with goals by Chan Shinichi, Park Junheong, and Manuel Bleda. Kitchee are now second in the league, just three points behind R&F. Southern, Eastern, and Lee Man are on third, fourth, and fifth respectively.

The HKFA has also kicked off the FA Cup knock-out tournament with a preliminary round last weekend. Eastern and Tai Po came out as winners of their respective matches and complete the quarter final fixtures for the coming days, which will all be played behind closed doors in Tseung Kwan O. However, a free online live stream will be available for all of these games. 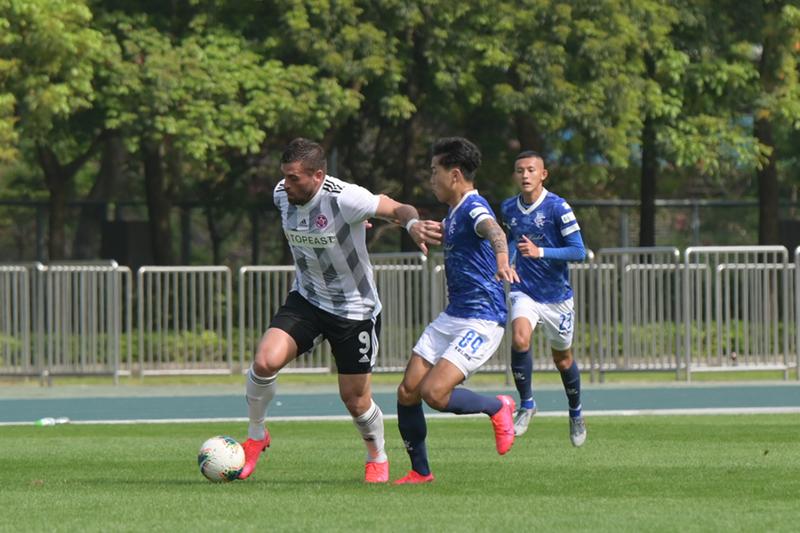 Eastern beat Rangers 8-2 in the first round of the FA Cup. (PHOTO COURTESY OF HKFA)

Yuen Long and Pegasus will face each other in the first quarter final on Thursday afternoon. Both clubs have had a rough season so far and are still not safe from relegation in the league. Pegasus lost all of their last three games in the Sapling Cup, whereas Yuen Long were able to draw with Tai Po and beat Lee Man in their last two outings. Nonetheless, fans should expect a game at eye-level that could easily go either way or even force a decision in extra time or penalties. The Tangerines may also feel a fresh boost from the sidelines, as Kenneth Kwok has returned to the team as head coach until the end of the season – with the hope that he turns once again into the club’s savior.

R&F will be the clear favorites in this upcoming match up with Happy Valley. The Guangzhou side have had a terrific season so far, and even though they were not able to progress in both Senior Shield or Sapling Cup, they seem to have great determination in winning at least one piece of silverware this year. The clubs recently moved their training base to Hong Kong in order to avoid cross-border quarantine regulations and it is likely that they will finish their season in the SAR by relocating their home ground. However, in recent weeks the team has not put much effort into the Sapling Cup group stage, so it is yet to see if they can easily gain back their momentum to maintain their dominance in a heavily interrupted season.

In what is undoubtedly the most exciting quarter final pairing, archrivals Kitchee and Eastern meet each other again on Sunday in Tseung Kwan O. The two clubs have just faced each other in the Sapling Cup, where Kitchee edged out their opponents with a last-minute goal by Fernando. However, this time the stakes will be much higher – and some players will also have to overcome previous club affiliations. Eastern will most likely line up both Sandro and Lucas Silva, who not long ago were two of Kitchee’s most dangerous forwards. On the other side, Manuel Bleda will need to challenge his former teammate Yapp Hung-fai in the Eastern goal. If anything, the Eastern attacking line appears to be on fire, scoring a total of eight goals in their 8-2 victory over Rangers in the FA Cup preliminary round, with Lucas Silva and Wong Wai contributing two each. For Eastern the FA Cup may also be the only path to a spot in continental football next year.

Last but not least, Southern and Tai Po will lock horns on Monday afternoon in another district team derby – however, the first one in history to be played in Tseung Kwan O behind closed doors. The Aberdeeners may still lick their wounds after a painful 1-5 league defeat to Kitchee last Tuesday. Tai Po, on the other hand, have played some decent football in recent weeks. They also signed 34-year-old forward Kim Seungyong who previously played for FC Seoul, Ulsan Hyundai and Gangwon FC. Last weekend, Tai Po beat Lee Man on penalties, after their FA Cup match could not be decided within 120 minutes.