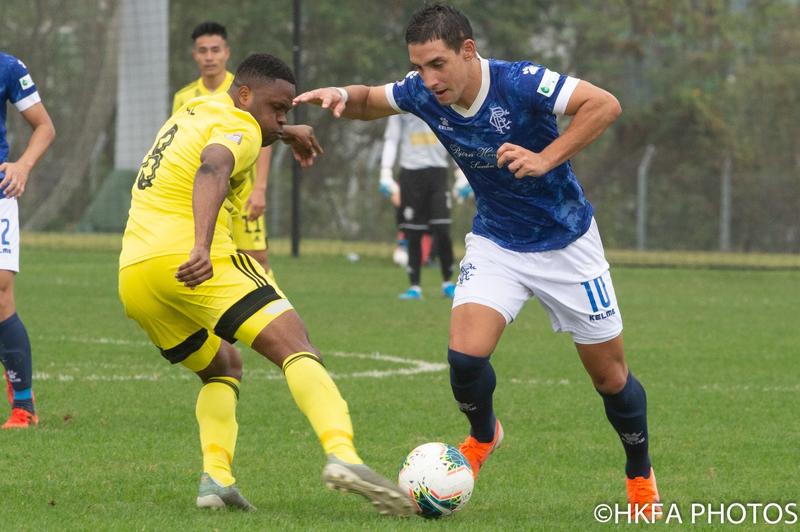 Following the coronavirus outbreak at the end of January, all sports and cultural facilities in the city were ordered to be closed. This also affected the Hong Kong Premier League, which had to put its fixture schedule on hold – making it more and more unlikely that the season could be finished on time by the end of May. Simultaneously, the pressure on the Football Association has been mounting as well. Local clubs demanded a more pro-active approach in negotiating a re-opening of venues with the Leisure and Cultural Services Department – with limited success.

In February, a consensus was reached that the remaining fixtures of the less significant Sapling Cup group stages would be played behind closed doors at the Football Training Centre in Tseung Kwan O, which is managed by the HKFA and therefore could remain open. Fans were not allowed to attend, and after the first few games had been organized, resistance among local clubs was growing. The facilities were not deemed suitable for professional football matches and also the pitch quality was slowly deteriorating due to the high game frequency.

In the end, Kitchee and Southern won their respective groups in the Sapling Cup and are set to meet each other on 10 May in the final at Mong Kok Stadium. The Senior Shield final between Eastern and Lee Man – originally scheduled for early February – has yet to be rescheduled for another date.

In early March the HKFA finally came to an agreement with LCSD to partly reopen Tseung Kwan O Sports Ground for football games – provided they are played behind closes doors, which means that fans will not be able to attend the games. Instead of pursuing a full operation of the Premier League, it was decided to prioritize FA Cup games, which are supposed to be played at neutral venues anyway. For each game, a maximum of six players will be allowed to enter a dressing room at the same time, while team discussions during half-time will be held at separately prepared conference rooms. Shower rooms will only be available in the nearby Football Training Centre. Rangers, Eastern, Lee Man, and Tai Po will start with the preliminary FA Cup round on the coming weekend, with quarter finals being scheduled for the week after.

Meanwhile, Kitchee and Southern also agreed to play a Premier League match on March10 at Tseung Kwan O as well, which was postponed last October. The HKFA is currently also considering options to organize a round of Premier League games at the end of March, provided that FIFA and AFC agree to reschedule the World Cup qualifying round window. Following a crisis meeting of AFC member associations, it seems now more than likely that all upcoming international games in March and June will be moved to October and November respectively. For Hong Kong this would include the upcoming away game in Iran, the home fixture against Iraq and eventually the away match in Bahrain.

The AFC Cup group stage, in which both Tai Po and Kitchee look to be involved, has also been put on hold for the time being, and an early resumption seems rather unlikely.

With all matches in March being set to be played behind closes doors, the HKFA has organized live online broadcasts – so fans of the local league will still be able to watch the games. 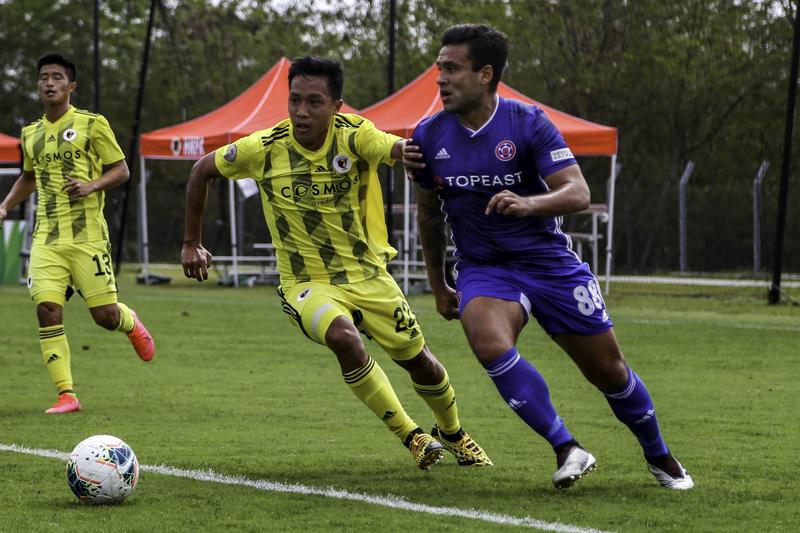 Eastern and Lee Man will appear in the preliminary round of the FA Cup. (PHOTO COURTESY OF HKFA)

Most of the time Rangers are a solid guarantee for high-scoring matches. Their three Sapling Cup games in February have seen a total of 24 goals, of which they conceded 15 and scored nine. The most traumatic game was the 9-3 loss to Pegasus, which saw the Flying Horsemen scoring five goals in just eight minutes. However, Rangers made up for this embarrassment soon after, when beating Sapling Cup title holders Lee Man 6-3, with one hat-trick each by Leandro Basan and Stefan Pereira. Nonetheless, it should be expected that the upcoming FA Cup match will be taken more seriously by both Eastern and Rangers, especially by the first who have very slim chances to win the championship and could use the cup as a pathway for next year’s continental competition.

On Sunday afternoon, Lee Man will host another behind closed door game, facing off with Tai Po. Both sides had a very disappointing showing in the Sapling Cup, where the Greens finished bottom of Group B and Lee Man second bottom in Group A. Obviously, their priorities are somewhere else this season. While Tai Po are fighting for survival in the top flight, Lee Man have embraced the role of the underdogs – with a realistic chance to even bag more than one trophy this season. 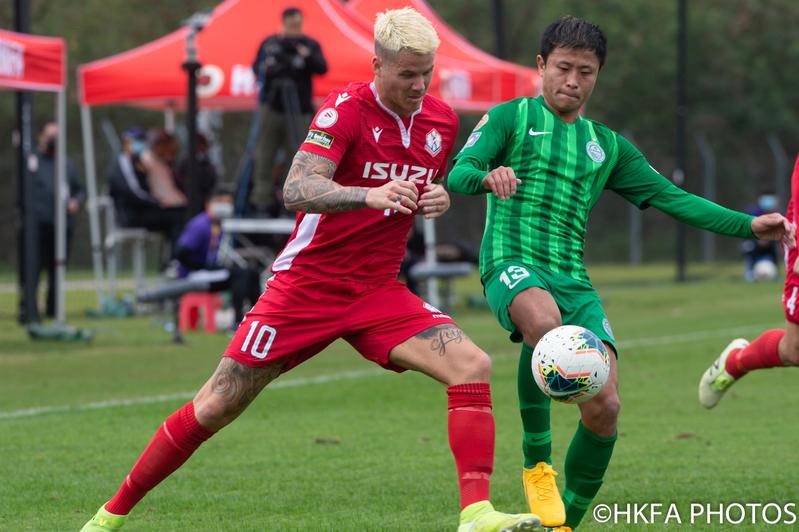 With a win against Kitchee in the upcoming Premier League game Southern could close the gap to leaders R&F. (PHOTO COURTESY OF HKFA)

Tuesday afternoon will eventually see the official return of the Premier League, as Southern and Kitchee face each other in the first championship game since Jan 19. Both sides, however, gained momentum in recent weeks and seemed rather unfazed by the events surrounding them. They won their respective groups in the Sapling Cup and will meet each other again in the final in May. For now, however, they will look at picking up important points in the league. With a victory, Southern could close the gap to leaders R&F to just a single point – albeit with a game more played. Kitchee, on the other hand, could leap-frog runners-up Southern and position themselves as the first followers of R&F. They are currently six points behind, with a game in hand, and could close the gap to three points. For R&F the remainder of the season looks also less secure, as it seems unlikely that they will be able to play their remaining home games at their stadium in Guangzhou.