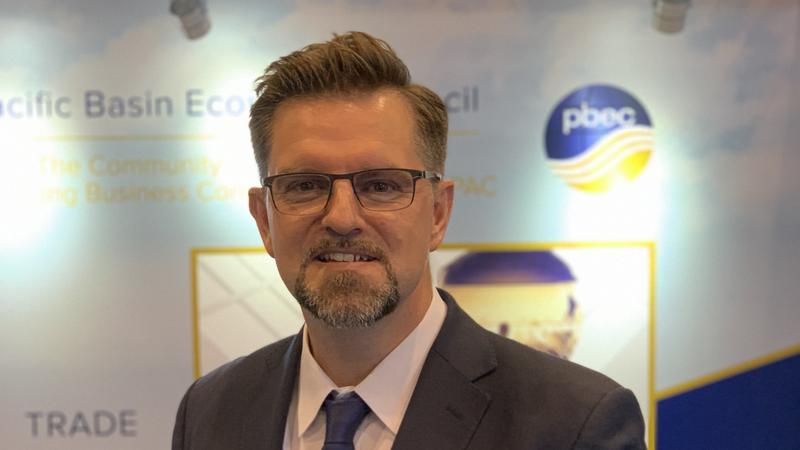 HONG KONG-A veteran British aviation expert has praised China’s efforts to combat the novel coronavirus outbreak as “right and effective”, especially its use of drones and robotic technology to fight the pathogen.

Michael Walsh, chief executive of Pacific Basin Economic Council, a nonprofit organization that advocates responsible tech progress to fuel economic growth, said the massive suspension of economic and social activities, as well as the lockdown of some cities on the Chinese mainland, at the expense of economic growth and personal convenience, has shown the resolve of Beijing.

“The numbers speak for themselves — they’ve made the right decision,” he said, citing noticeable declines in the numbers of new infections outside Hubei province in the past few days.

In a video interview with China Daily on Friday, Walsh, who is also a former chief commercial officer with Hong Kong Jet, a local private charter airline, pointed out it’s not easy to make timely decisions in such a public health crisis.

The deployment of cutting-edge technologies, including drones and robotics, in the battle against the epidemic has been very opportune, he said.

The “contactless deliveries” by drones and robots have helped immensely in distributing urgent medical supplies and daily necessities in Wuhan and other cities in Hubei — the epicenter of the outbreak — where stringent road traffic restrictions have been enforced to curb the spread of the deadly virus.

Besides logistics, medical robots, empowered by 5G technology and big data, are also being used in some hospitals in Wuhan for distant diagnosis and disinfecting facilities.

The aim is to protect front-line doctors and nurses, who Walsh described as “true heroes serving their profession and country in the face of adversity”, from being infected and to reduce their workload.

Such a public health emergency has taught the world how effective technologies can be in offering humanitarian relief, he said.

Walsh cited China’s home-grown brands, including SF Express, JD and DJI, which have deployed their latest technologies to ensure prompt deliveries of medical supplies and protect residents in Hubei from the contagion.

Even before the outbreak, China has been actively relying on its own smart technologies in various fields, said Walsh.

He also highlighted the use of drones in providing crucial data and aerial surveillance in the lockdown areas for emergency response teams on the ground. But, users of drones, including governments or companies, should comply with a set of conduct codes to avoid intruding into the privacy of others even during a crisis.

The epidemic clearly has taken a toll on many industries, including aviation.

“For the aviation sector, it’s the busiest season for maintenance work. The suspensions will have a knock-on effect on the supply chain of receiving and delivering spare parts,” said Walsh.

He noted that some of his friends and colleagues working on the mainland had to postpone scheduled aircraft maintenance work as workers are unable to report for duty due to the current travel restrictions.

Walsh, who has been living in Hong Kong for 13 years, returned to the SAR earlier this month from a business trip to Europe, with loads of masks and sanitizers, and found the city in a state of panic amid the outbreak.

The growing number of infections in Hong Kong has triggered citywide hoarding of surgical masks, but he said people’s adaptability has improved compared with the SARS epidemic in 2003 because technology has offered them more options in their daily lives.

But, one thing that technology can’t solve is the mental strain.

“My life has been greatly affected. The epidemic is putting a major strain on family life and marriage as the novelty of having time together wears off. Stress levels are being heightened with economic pressures to come still,” said Walsh, who works from home frequently and teaches his two children extra-circular activities at home.

As a business leader, he deplored any xenophobic act or sentiment against Chinese arising from the epidemic that originated in Wuhan in December.