Drawing the blade of justice

After hitting 'rock bottom', Xu Xianzhe picked up a pen and sketched himself a thrilling new chapter, Xing Wen reports. 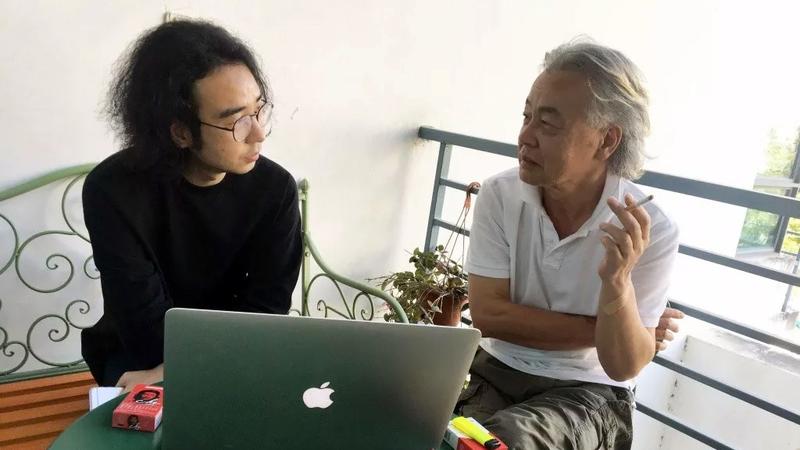 Xu Xianzhe (left), author of Blades of the Guardians, discusses with Japanese manga editor Kazuji Kurihara how to polish a story in Xiamen, Fujian province. (PHOTO PROVIDED TO CHINA DAILY)

Lines of black ink slash back and forth across the page, vividly contrasting with the crisp white of the paper. Each stroke, though slightly different - some heavy and dark, others light and wispy - contributes to helping form the finished composition.

With a flourish, the 35-year-old author and illustrator, Xu Xianzhe, finishes scribbling his signature and, with a smile, hands the book to one of the many adoring fans clamouring for his autograph at the 2019 Shanghai Book Fair.

After going through twists and turns in my first 25 years, I thought it was time for me to follow my heart and become a storyteller

Xu Xianzhe, 35, author and illustrator, a former advertising major who changed profession at 26

It is the final leg of his summer book signing tour which has also taken him to Beijing, Changsha in Hunan province, Wuhan in Hubei province and Hangzhou in Zhejiang province.

Each stop, without exception, Xu has found himself surrounded by crowds of young readers, each one captivated by the intriguing plot and well-rounded characters in his long-running comic book, Blades of the Guardians.

The story is set in the late Sui Dynasty (581-618), when people suffered under the yoke of a warmongering tyrant and bore the burden of heavy taxes, compulsory military service and forced labor.

The protagonist, Dao Ma, is an adept martial artist and a soldier of fortune. More than a mere mercenary, he honors a heroic code, placing a high value on the ties of kinship and loyal friends.

One day, he is entrusted to escort a mysterious masked man - actually a rebel leader - on a hazardous journey from Xiyu, or the western regions, to the imperial capital (now Xi'an), forming the basis for a suspense-filled and thrilling tale. 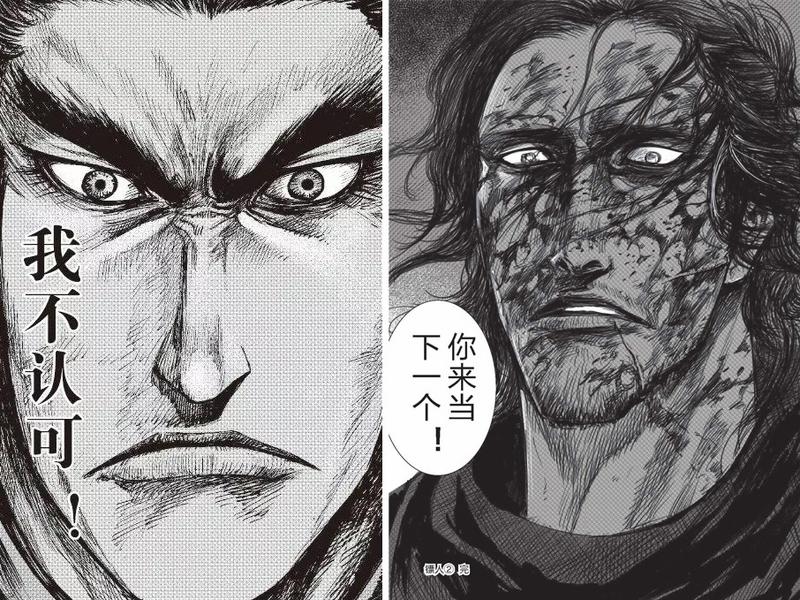 Xu says that he set the story during the short-lived dynasty because he wanted to give it a solid cultural and historical foundation, showing how people struggle with fate and fight against it in troubled times.

It took him several years of preparation before he started work on the comic, during which time he practiced drawing storyboards and read reference books like Zizhi Tongjian, (Comprehensive Mirror for Aid in Government) and Suishu (History of Sui), and sought for advice from experts on the design of weapons and costumes.

"The creation of Dao Ma's image was inspired by historian Sima Qian's description of xiake (meaning swordsmen, or vigilantes) who stand for free will, upholding justice, and fighting against a rigidly stratified society," says Xu. "I suppose the Chinese 'xiake spirit' will resonate with readers around the world."

Last April, the first book of the serialized comic was launched and its sales exceeded 100,000 copies in its first month. Japanese manga artists Rumiko Takahashi and Tooru Fujisawa lavished high praise upon Xu's work for its fascinating characters and enjoyable film-like narration.

Unlike many other influential comic strip artists, who learned to paint or draw from a young age, Xu, who was once an advertising major at Northeast Normal University, barely has any such training. 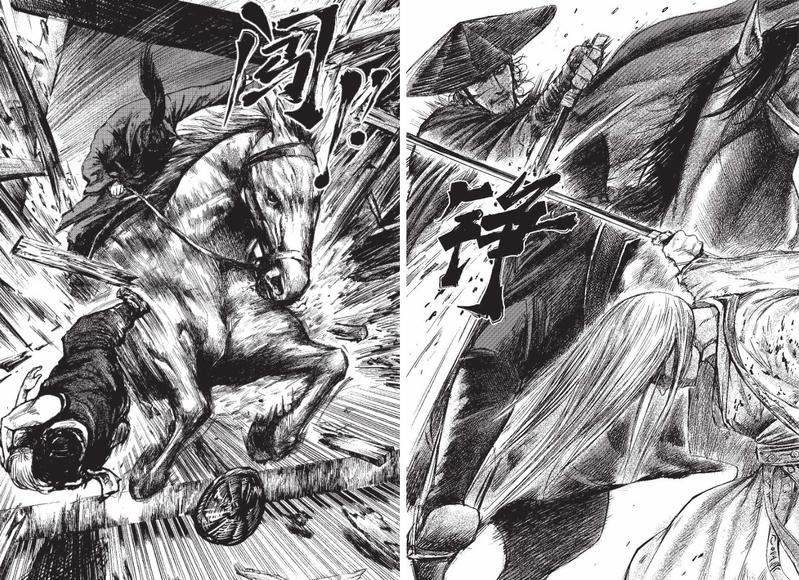 After the failure of his advertising startup and, in his own words, "hitting rock bottom", he changed professional tack completely, deciding instead to pick up a pen and delve into the depths of his imagination.

"I became obsessed with the fantasy world that I would read about in comics and see in animated films when I was a little boy," recalls Xu, who's based in Xiamen, Fujian province. "After going through twists and turns in my first 25 years, I thought it was time for me to follow my heart and become a storyteller."

He admits that lacking painting skills, he had to overcome the difficulties of drawing the scenes that were so vivid in his mind. "Despite this," he says, "I was motivated by a desire to tell a grand story."

However, Xu found that his lack of formal training offered him an advantage in that he was not bound by any traditional artistic dogma.

Additionally, an ethnic Korean growing up in Yanbian Korean autonomous prefecture in Jilin province, he is a fluent speaker of both Chinese and Korean, and once worked as part-time literary translator, a vocation that equipped him with the skill to sensitively craft his characters and their dialogue.

Well-rounded characters and a logical plot are the basis for creating high-quality comics, he says.

"Characters are not the marionettes; they are the puppet masters," he explains. "By putting myself in their place and being able to think like them, they guide my pen to draw how their story unfolds." 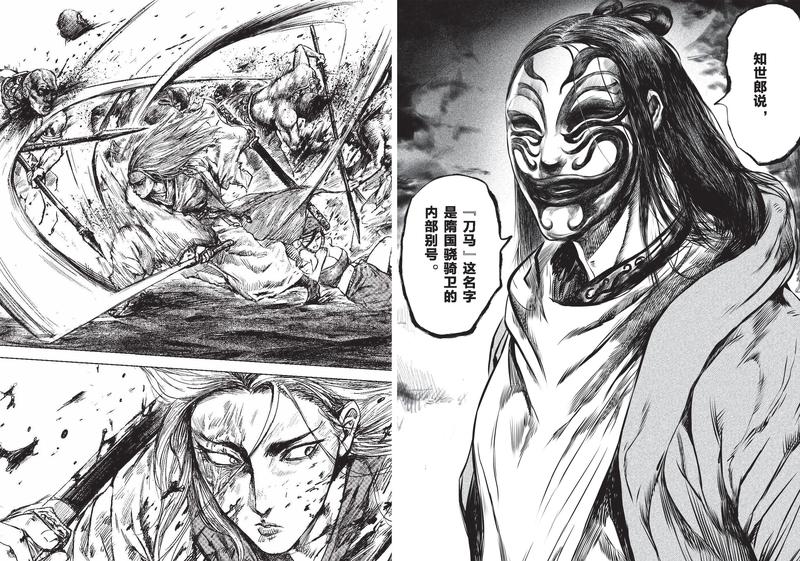 Kazuji Kurihara, the editor of the comics, adds that all cartoonists should throw themselves into their creations like Xu. Producing works with such depth helps to forge stronger bonds with the readers.

"To reach a higher level, cartoonists have to broaden their horizons by reading books, watching movies and acquiring extensive knowledge, as well as cooperate with a professional comic editor who can help them to overcome bottlenecks," comments Kurihara on micro-blogging site Sina Weibo.

Xu agrees, and points out that the increasing number of passionate cartoonists are helping to bring about a flourishing Chinese comic and animation industry.

Everyone's hustling for their own benefit. This is a sentiment that Dao Ma often echoes, showing his understanding of human society. "Even so, he still believes in something higher than personal profit, such as the bond with his son," says Xu.

Xu, after the mixed fortunes of his 20s, has realized that he has become less impetuous and no longer chases short-term success and a quick profit.

With plans to continue working on the comic, eventually adapting it for the screen, Xu hints that Dao Ma and his own stories will continue to be intertwined for at least the next decade, stating with a smile that both of their adventures are "to be continued".