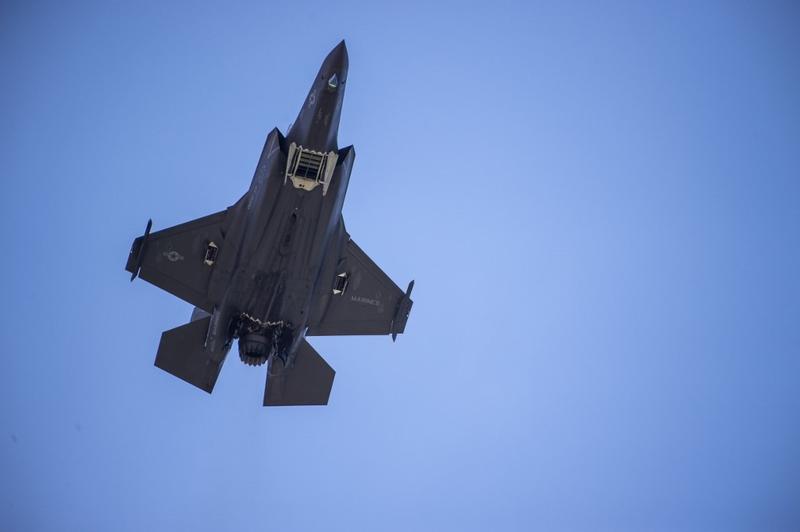 SINGAPORE - The US State Department has approved the sale of up to 12 F-35 fighter jets and related equipment to Singapore at an estimated cost of US$2.75 billion, pending approval from Congress, Washington's Defense Security Cooperation Agency said on Friday.

The State Department has made a determination approving a possible foreign military sale to Singapore of up to twelve F-35B...aircraft and related equipment for an estimated cost of $2.750 billion.

The tiny Asian city-state said last year it planned to buy an initial four F-35s from Lockheed Martin Corp, with an option for eight more, as it looks to replace its aging F-16 fleet.

"The State Department has made a determination approving a possible foreign military sale to Singapore of up to twelve F-35B...aircraft and related equipment for an estimated cost of $2.750 billion," the DSCA said in a statement, adding it had notified Congress of a possible sale.

DSCA said the sale involved equipment from Lockheed and engine maker Pratt and Whitney. The F-35B variant of the jet can handle short takeoffs and vertical landings, attributes seen as benefiting land-scarce Singapore.

The Pentagon in October announced F-35 jet prices for the next three years which lowered the cost of the jet by 13 percent, a move seen as encouraging other nations to buy the warplanes. The jet currently makes up about 25 percent of Lockheed's annual revenue.

With Southeast Asia's largest defense budget, Singapore is a key prize for global arms companies as it looks to invest in new technology and upgrade its equipment.

Singapore, which is expected to hold an election within months, set aside about 30 percent of its total expenditure on defence, security and diplomacy efforts in its 2019 annual budget.