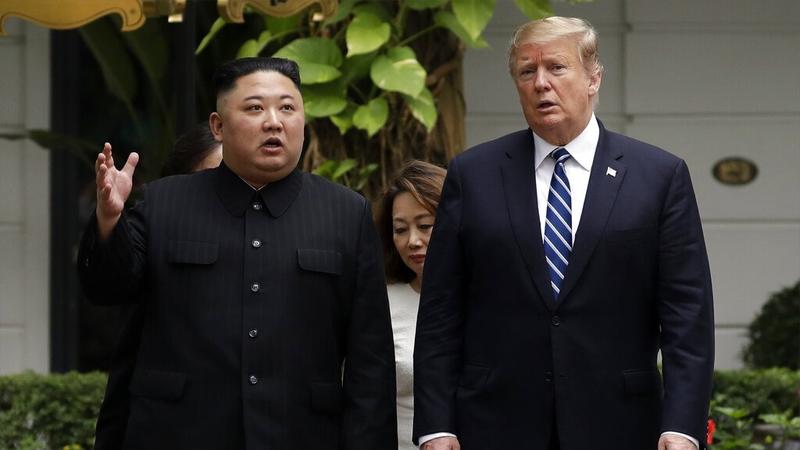 PYONGYANG — Leaders of the Democratic People's Republic of Korea (DPRK) and the United States had "constructive and candid" talks in Hanoi Thursday and will "continue productive dialogues" to address issues of mutual concern, the Korean Central News Agency (KCNA) reported Friday.

"They had a constructive and candid exchange of their opinions over the practical issues arising in opening up a new era of the improvement of the DPRK-US relations on the basis of the progress," the KCNA report reads.

The Hanoi summit "offered an important occasion for deepening mutual respect and trust and putting the relations between the two countries on a new stage," the KCNA reported

The Hanoi summit "offered an important occasion for deepening mutual respect and trust and putting the relations between the two countries on a new stage," it added.

ALSO READ: China hopes DPRK, US will continue to have dialogue

"They agreed to keep in close touch with each other for the denuclearization of the Korean peninsula and the epochal development of the DPRK-US relations in the future, too, and continue productive dialogues for settling the issues discussed at the Hanoi Summit," the report reads.

Trump said Thursday afternoon in Hanoi at a press briefing that the main impediment to a deal was Kim's requirement that the United States lift sanctions against Pyongyang "in their entirety" in exchange for denuclearizing a "large portion" of the DPRK's nuclear program, which was not acceptable by the United States.

However, DPRK's Foreign Minister Ri Yong-ho told a news conference early Friday morning that his country only asked for a partial lifting of sanctions at the meeting with Trump, contradicting what Trump said earlier.

Following the summit, the Republic of Korea (ROK)'s President Moon Jae-in said Friday that the ROK will work with the United States and the DPRK to ensure they reach agreement on denuclearization.

Moon has been an active supporter of efforts to end confrontation on the Korean Peninsula, meeting Kim three times last year and trying to facilitate his nuclear negotiations with the United States.

"My administration will closely communicate and cooperate with the United States and North Korea so as to help their talksreach a complete settlement by any means," Moon said in a speech in Seoul, ROK's capital.

Moon also said the ROK would consult with the United States on ways to resume joint projects with the DPRK including tourism development at Mount Kumgang and the Kaesong industrial complex, both in the DPRK.