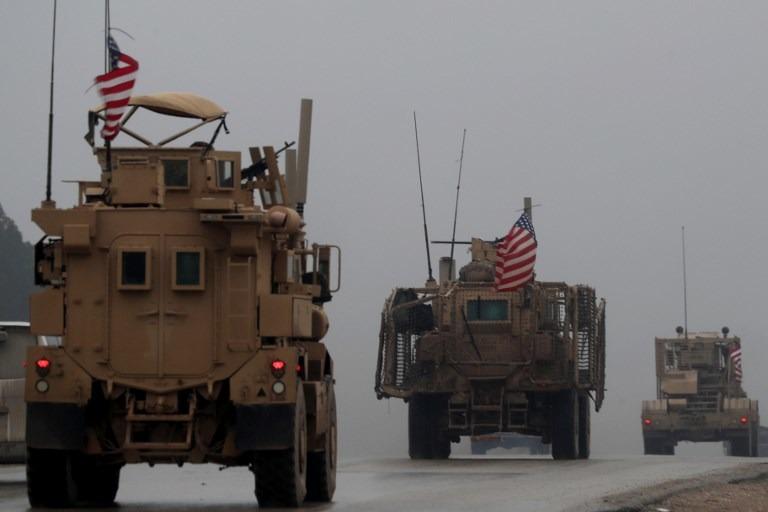 This file photo taken on Dec 30, 2018 shows a line of US military vehicles in Syria's northern city of Manbij. A spokesman for the US-led coalition said on Jan 11, 2019 that the coalition has begun the process of withdrawing from Syria. (DELIL SOULEIMAN / AFP)

BEIRUT — The US-led coalition against Islamic State has begun the process of withdrawing from Syria, its spokesman said on Friday, affirming the start of a pullout that has been clouded by mixed messages from US officials.

The coalition has begun the process of our deliberate withdrawal from Syria. Out of concern for operational security, we will not discuss specific timelines, locations or troop movements

The coalition "has begun the process of our deliberate withdrawal from Syria. Out of concern for operational security, we will not discuss specific timelines, locations or troop movements," Colonel Sean Ryan said.

The Syrian Observatory for Human Rights said the US forces started the first withdrawal operation from Syria on Thursday evening from Syria's northeastern province of Hasakah.

The watchdog group said 10 armored vehicles in addition to other military gears withdrew from the US base in the Rmailan area in Hasakah.

US President Donald Trump announced last month the decision to withdraw 2,000 US troops who have deployed to Syria in support of the Kurdish-led Syrian Democratic Forces (SDF) militia in the fight against Islamic State.

The US forces have several bases in Hasakah and Rmailan is one of the most important ones due to abundance in oil fields in that area, which is controlled by the SDF. 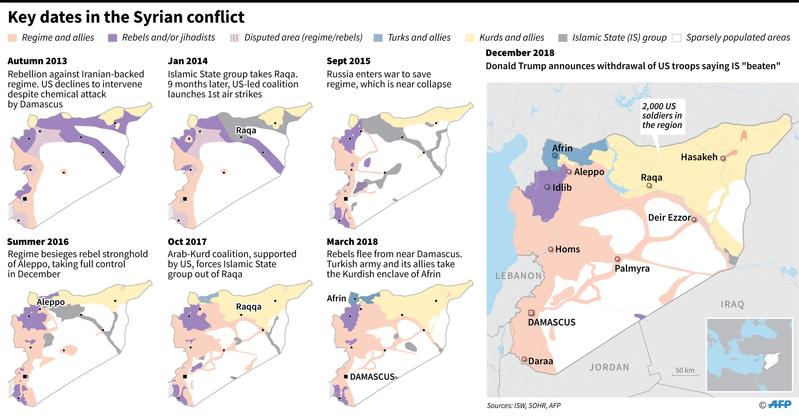 This Dec 20, 2018 AFP graphic depicts a map showing territorial control in Syria at seven key moments in the war.

Russia's foreign ministry said Friday it had the impression that the United States wanted to stay in Syria despite the announced withdrawal of US troops, RIA news agency reported.

Washington's Kurdish allies in northern Syria fear the withdrawal will open the way for Turkey to mount a long-threatened offensive against their area. Turkey views the dominant Syrian Kurdish groups as a national security threat.

US National Security Adviser John Bolton suggested on Tuesday that protecting the Kurds would be a pre-condition of the US withdrawal, drawing a rebuke from Turkish President Tayyip Erdogan who called his comments "a serious mistake".

But US Secretary of State Mike Pompeo said on Thursday the withdrawal would not be scuppered despite the Turkish threats.