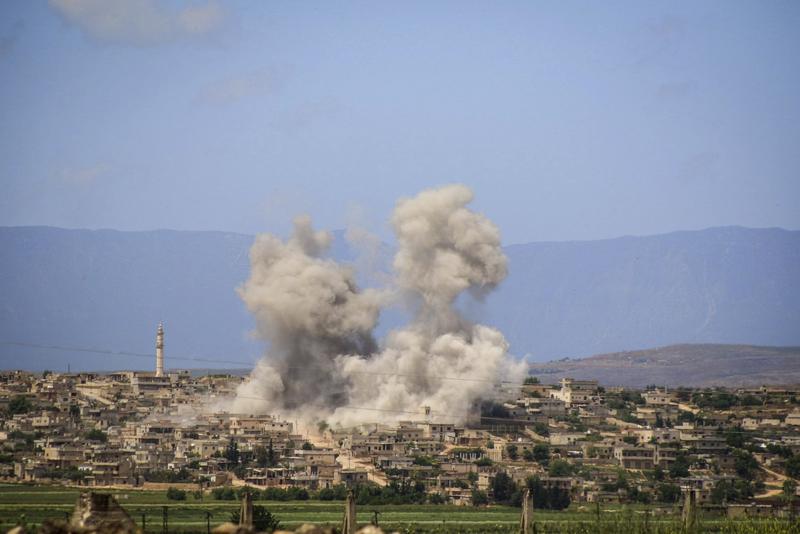 In this May 3, 2019 photo provided by the Syrian Civil Defense White Helmets, which has been authenticated based on its contents and other AP reporting, shows smoke rising after Syrian government and Russian airstrikes hit the town of al-Habeet, southern Idlib, Syria. (PHOTO / SYRIAN CIVIL DEFENSE WHITE HELMETS / AP)

ANKARA — The Turkish leadership has been increasing its diplomatic engagement with Russia in an attempt to prevent attacks from the Syrian government in Syria's last major rebel enclave, Idlib.

Earlier this month, the Syrian army, backed by the Russian air force, launched a massive ground offensive against the jihadists in Idlib, a northwestern province included in the de-escalation zone under a deal reached between Russia and Turkey last year.

In a phone conversation with his Russian counterpart Vladimir Putin on Monday, Turkish President Recep Tayyip Erdogan expressed concern over ceasefire violations in the past two weeks by the Syrian army in Idlib, said Turkey's Presidential Communications Director Fahrettin Altun on Twitter.

Erdogan warned Putin about the Syrian government's intention to "sabotage" Turkey-Russia cooperation in the rebel-stronghold and "harm the spirit of the Astana agreement," Altun said.

In the city of Astana, Russia, Turkey and Iran as "guarantor countries" have organized many rounds of talks on Syria, with the biggest achievement of the trio being the creation of de-escalation zones to reduce violence in the war-torn country.

Altun said the Turkish president also underlined that increasing tensions in the region would jeopardize the formation of a constitutional committee in Syria and the political process.

Meanwhile, Erdogan expressed Turkey's concern over possible refugee influx to its borders due to the military offensive in Idlib, a Turkish official told Xinhua on condition of anonymity. 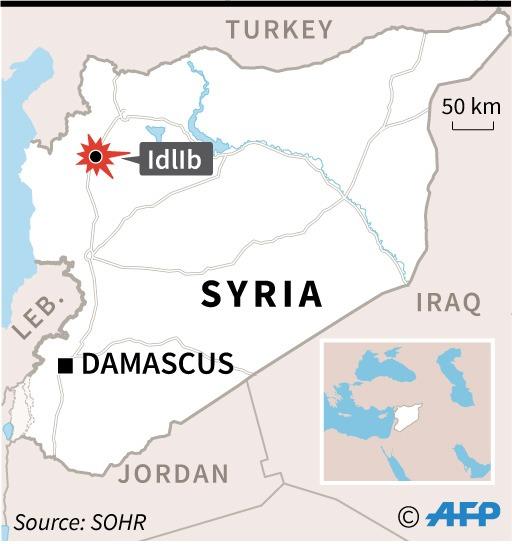 Nihat Ali Ozcan, a Turkish security expert, said Turkey is worried that the massive attacks by Syrian forces might trigger a humanitarian crisis and cause refugee crises, adding that the clashes also put lives of the soldiers in the observation posts of Turkish Armed Forces in danger.

Turkey should prioritize security of its soldiers and reevaluate its objectives in this deal, the expert noted.

Erdogan's diplomatic attempt was followed by Turkish Defense Minister Hulusi Akar on Tuesday as he had a phone conversation with his Russian counterpart Sergei Shoigu.

They discussed measures to reduce tensions in the area within the scope of the Sochi agreement, as well as regional security issues, according to a statement of Turkey's Defense Ministry.

In their conversation, the Turkish minister noted that the Turkish military reinforced its forces in the observation posts after two soldiers were wounded in the clashes between the regime forces and rebels.

Russia has long been putting pressure on Turkey to launch a military offensive against the opposition-held areas, saying that Ankara failed to meet its commitment to end rebel attacks against the Syrian government, and failed to convince the opposition to retreat out of a buffer zone and critical highways that underpinned the Turkish-Russian deal.

In September, Russia and Turkey have sealed a memorandum in Sochi to enforce a new demilitarized zone between the armed opposition and the government troops in Idlib by the middle of the following month, from which jihadists were required to withdraw.

As the guarantor of Syrian President Bashar al-Assad's government, Russia is responsible for preventing attacks by regime forces and Iranian-backed militias in the rebel enclave, while Turkey takes its role for the rebels.