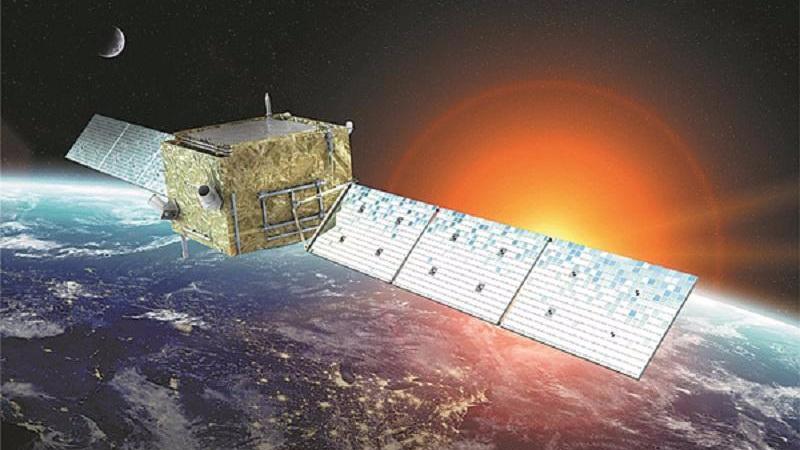 It has the highest energy resolution and particle identification ability, perfect for searching for traces of the annihilation or decay of dark matter particles, scientists say.

DAPME has opened a new window to observe the high-energy universe, showing new physical phenomena beyond our current understanding

The initial detection results were published in the latest issue of the academic journal, Nature.

Wukong, or the Dark Matter Particle Explorer (DAMPE), was launched in December 2015. It is helping scientists lift the "cloak of invisibility" from dark matter.

"DAPME has opened a new window to observe the high-energy universe, showing new physical phenomena beyond our current understanding," said Chang Jin, chief scientist of DAMPE and vice director of the Purple Mountain Observatory under the Chinese Academy of Sciences (CAS).

The 1.9-tonne satellite uses a creative detection technology and method independently developed by Chinese scientists, but costs only one seventh of NASA's Fermi Space Telescope and a twentieth of the Alpha Magnetic Spectrometer (AMS-02), a state-of-the-art particle physics detector operating on the International Space Station (ISS).

In an orbit about 500 kilometers above the Earth, DAMPE has scanned the entire sky four times and captured more than 3.5 billion high-energy cosmic ray particles, said Chang.

Japanese scientists put the CALorimetric Electron Telescope (CALET) on the ISS four months before the launch of DAMPE with a similar goal. But DAMPE has collected almost five times more data than CALET.

The number of high-energy electrons and positrons measured by DAMPE is more than five times that of AMS-02, sent to the ISS in 2011, according to Chinese scientists.

This shows China is a world leader in detecting dark matter in space.

Scientists at the Purple Mountain Observatory used their own method to analyze the data and drew a gamma ray chart of the sky only a month after DAMPE went into orbit.

Many scientists were so excited at seeing the chart that they wept at the perfect performance of the satellite. If any small device had failed, it would have been impossible.

Smaller than an ordinary satellite, DAMPE is about a cubic meter or the size of a desk. It has the widest energy range coverage and highest energy resolution of any dark matter probe currently in space. 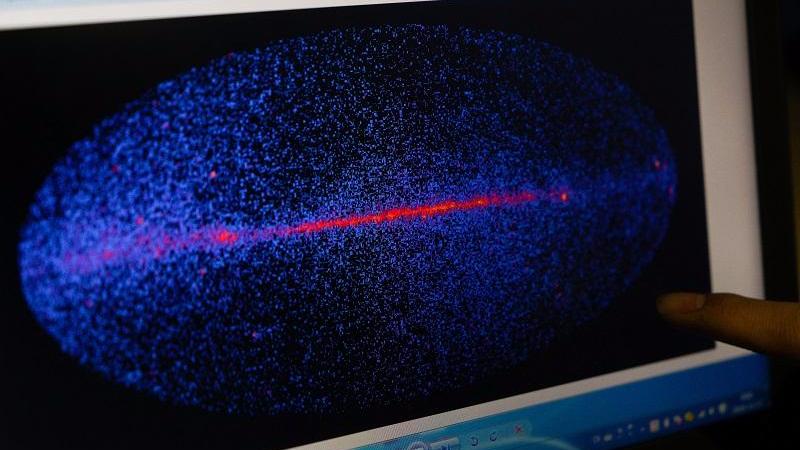 They work together to measure high-energy electrons and gamma rays, which might lead to possible traces of dark matter particle annihilation or decay and help reveal the physical details and space distribution of dark matter.

The core payload, the BGO calorimeter, contains more than 300 world's longest BGO crystals, which are 60 centimeters long. The crystals enhance the ability to identify particles. For instance, it can distinguish an electron from 50,000 protons.

A glance inside DAMPE would reveal thickly dotted wires, more complicated than those of the Beijing spectrometer, a large particle detector on the Beijing Electron Positron Collider.

At the 19th National Congress of the Communist Party of China (CPC), Chinese President Xi Jinping called for more efforts to make China a country of innovators.

"We should aim for the frontiers of science and technology, strengthen basic research, and make major breakthroughs in pioneering basic research and groundbreaking and original innovations," said Xi, also general secretary of the CPC Central Committee.

He cited Wukong as one of China's major scientific breakthroughs of the past five years, together with achievements such as the quantum science satellite, the Jiaolong deep-sea manned submersible, the Tiangong-2 space lab and the FAST radio telescope.

The development of DAMPE reflects Chinese scientists' creativity and innovation in tackling one of the huge mysteries of modern science. 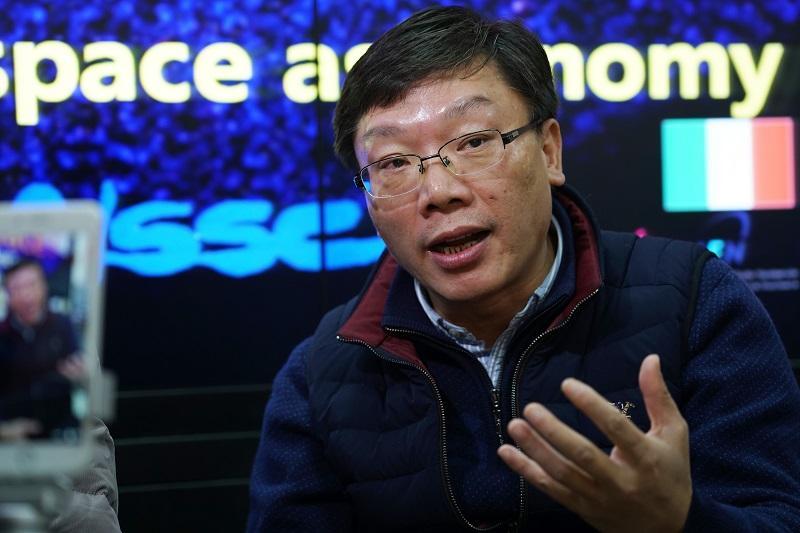 Chang Jin first mooted the idea in 1998. Scientists and engineers took almost two decades to make the satellite a reality and send it into space, and make a major breakthrough on the frontier of dark matter detection.

The Chinese technology and method is also applied in Japanese and US probes.

The key for the detection is to distinguish the various particles in space, and accurately measure their energy, direction and charge, said Chang.

"Searching for dark matter is like playing hide-and-seek. The more sensitive the detector, the more possible discoveries," said Chang.

After collecting the particles, scientists need to carefully analyze them. "So far, we use only common methods to analyze the data. However, the detection efficiency will rise if we continue to improve the analysis methods," Chang said.

Associate Professor Su Meng, of the Department of Physics and Laboratory for Space Research at the University of Hong Kong and a visiting research fellow at the Purple Mountain Observatory, said DAMPE for the first time clearly measures the cosmic electron and positron spectrum at an energy level up to 5 TeV (tera-electron-volts).

"This is of great significance for distinguishing whether the electrons and positrons are from dark matter annihilation or astrophysical phenomena," said Su.

"This is the first accurate observation at such a high energy range, which has never been achieved by any of the costly experiments including AMS-02 and the Fermi space telescope," Su said.

"During the long process of the human pursuit of science, we have seldom seen elements of Eastern culture. As a rising big country, China, at its current stage, has the ability and condition to contribute to the progress of human civilization," Su said.

"It's worth making efforts to leave China's mark on such an important scientific issue like exploring dark matter," he added.

Ed Gerstner, scientific director of Springer Nature China, said the results of Wukong satellite demonstrate a milestone in the development of China's technological prowess. The exquisite technology necessary to make the measurements is unrivalled. And who knows what other technological challenges it might help China meet.

China's support of fundamental science represents an understanding of the role that basic science plays as an engine of the innovation economy, according to Gerstner.

Bai Chunli, president of the CAS, said, "We should remember this day in the history of human scientific development, when Chinese scientists are no longer learners, successors and onlookers in major natural science discoveries, but, instead, they are gradually entering the center of the scientific stage."