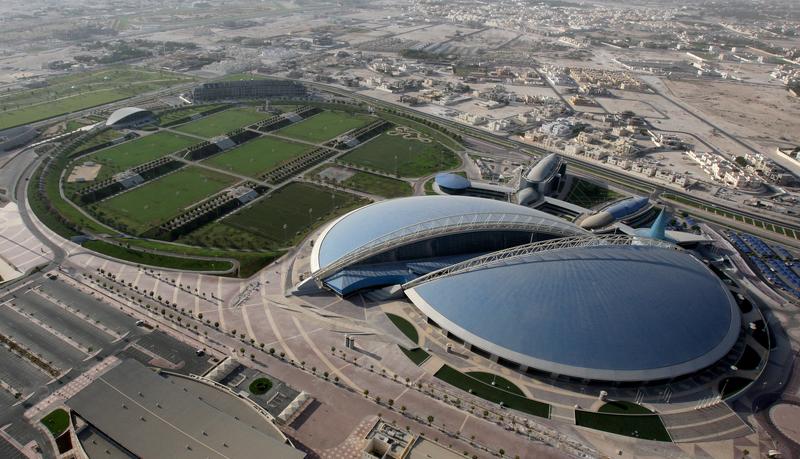 DOHA – With four years to go before the 2022 World Cup, Qataris are hoping to surprise the world and make their mark on the championship, which will be held in the Middle East for the first time ever.

Qataris are aware of the challenges facing their country, including on the pitch since this will be Qatar’s first appearance in a World Cup.

Since 2010, when Qatar won the right to host the global competition, organizers have been working to make sure they will present a special edition, by showcasing their skills through holding a string of sports events and tournaments.

The most prominent of these events were the 2011 AFC Asian Cup and the 2015 World Handball Championship.

Yet, apart from organizing the tournament, Qataris look forward to show their mettle during the games.

On the contrary of what many expect, Qatar, which never qualified to the World Cup before, has adopted an ambitious long-term plan to build a competitive team.

Qatar relies on the so-called "European project" of Aspire Academy in coordination with the Qatar Football Federation.

The Qatari National Football Federation revealed that the national squad for the 2022 World Cup will depend heavily on members of the U-19 team, currently led by Portuguese coach Bruno Miguel

Founded in 2004, Aspire Academy aims at scouting for and grooming young Qatari athletes.

Director General of Aspire Academy, Ivan Bravo, expressed his confidence in the current pool of talents.“Members of the youth team have now become part of the Olympic team and some of them are playing with the national team. This is only the beginning of the future of Qatari football,” Bravo said.

“It is not based on coincidence or luck, but the result of work and coordination at the highest levels between Aspire, the Qatari Federation and Qatari clubs,” he added.

The programme includes sending the players to perform in Europe for one year in order to gain experience and provide them with suitable conditions to help them adapt to difficult situations, Bravo said.

The Qatari National Football Federation revealed that the national squad for the 2022 World Cup will depend heavily on members of the U-19 team, currently led by Portuguese coach Bruno Miguel.

Most of these players are playing in European clubs, thanks to Aspire’s project to send young talents to clubs including Belgium’s K.A.S. Eupen and Spain’s Cultural y Deportiva Leonesa.

The project started to bear fruit as Akram Afif, Qatar’s al-Sadd forward, has become a mainstay of the national football team as well as al-Duhail’s al-Moez Ali and Abdullah Abdulsalam al-Ahraq. Other Aspire Academy graduates include Ahmed Moein, who plays in Spain.

Qataris also cherish high hopes for players from the younger generation such as Khaled Mounir of Spain’s Cultural, Hashim Ali Abdulatif of Leeds United as well as Abdulrashid Ibrahim and Nasser al-Ahraq of Portugal’s Academica.

Qatar’s policy is to support the national squad with young players from the junior and Olympic teams and gradually integrate the best of them into the 2022 national team, without affecting participation in other competitions, most notably the 2019 Asian Cup in the United Arab Emirates.

The team will continue to rely on more experienced players such as Hassan Al-Haydos and Karim Boudiaf.

There are currently 12 players, who are part of the Aspire Academy’s project. The academy has already groomed other players, who are now big names in the Qatari football. They include al-Sadd’s players Abdulkarim Hassan and Ibrahim Majid, Ahmed Yasser Elmohamady and Mohammed Alaa Eddin who play for al-Rayyan as well as Al-Gharafa’s striker Ahmed Alaa.

Qatar’s participation in the Asian Cup 2019 is part of its plan to prepare for the World Cup 2022, which also features several friendlies.

It remains unclear if Qatar’s Spanish coach Felix Sanchez will continue to be in charge of the national team until 2022. There are reports that other names have been nominated to take over the job including Italy's Antonio Conte, Argentina's Jorge Sampaoli, as well as Spain's Pep Guardiola, Luis Enrique or Xavier Hernández Creus.

Qatar finished third in the AFC U-23 Championship in China earlier this year, seen as a continuation for clinching the title of the 2014 AFC U-19 Championship held in Myanmar.

Such gains have inspired hopes among Qataris that there is a promising future for the Qatari football.

“If you ask any player in the team what is your goal, you will find their ambition has no limits. They all agree that all the achievements they have made are just initial steps,” Bravo added.