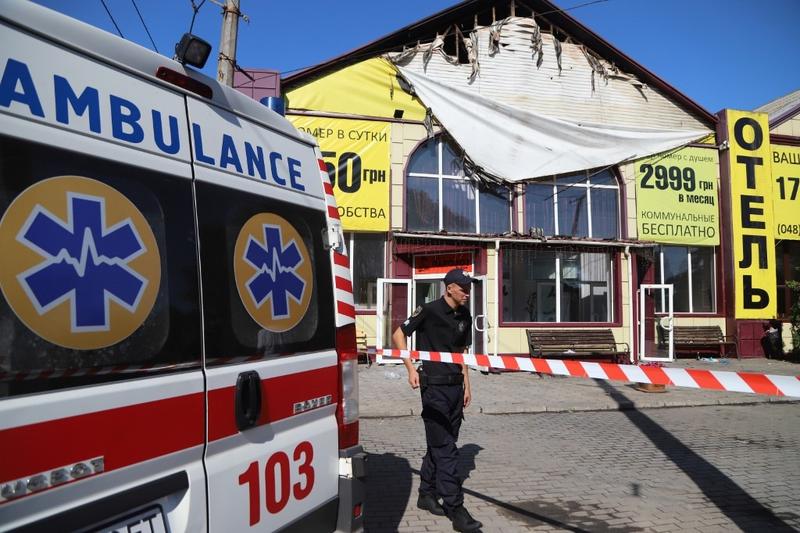 A policeman stays on guard in front of the Tokyo Star hotel in Odessa, southern Ukraine, on Aug, 2019, after a fire broke out overnight. (OLEKSANDR GIMANOV / AFP)

MOSCOW — A fire in a hotel in the Ukrainian port city of Odessa has killed eight people and left a further 10 hospitalized.

According to a city police statement, a criminal investigation has been opened into the fire that spread to about 1,000 square meters of the Tokyo Star hotel before dawn on Saturday.

The conditions of the 10 people who had been hospitalized were not mentioned in the police statement.