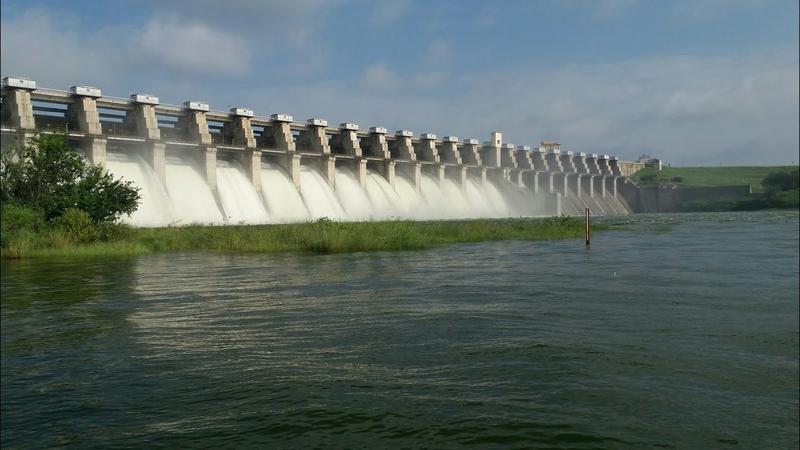 Jayakwadi Dam helps irrigate agricultural land in the drought-prone Indian state of Maharashtra. As investors worldwide work to dissolve the assumed conflicts between financial yields and social impact, a lack of agreement on gauges, such as ways to quantify the carbon dioxide emission cut achieved through a dam’s green energy output, has emerged as a thorny issue. (PHOTO PROVIDED TO CHINA DAILY)

Editor’s note: We continue with our series on impact investing by taking a hard look at what the term really means to the average investor. It seems there’s still a long way to go before impact investing can be turned into a large-scale practice for financing social and environmental benefits.

Back in 2007, on the banks of Lake Como in Bellagio, Italy, the term “impact investing” was coined at a Rockefeller Foundation meeting and defined as a practice of generating social and environmental benefits alongside financial returns.

It wasn’t a new idea, as a whole world of social investing, social enterprises and social entrepreneurs had existed for decades. But, it finally had an official name.

Since then, many fund managers, investors and financial-services industry bodies worldwide have embraced the term and invested intentionally in companies and funds that are not only money-making, but have measurable, positive social and environmental outcomes.

Despite all the hype, there’s still a long journey before impact investing can eventually turn into a large-scale practice for financing social and environmental improvements, with challenges looming ahead.

For impact stalwarts, the charm of the impact-investing business is, by and large, built on the premise that adding impact products to the investment portfolios will not necessarily lower financial returns.

“The concept of impact investing is certainly good enough. But, in markets like Asia, it’s far from an influential practice. I don’t think it’s  guaranteed that there’re no trade-offs inherent in the impact investing approaches,” he said. “The market should be more objective about the levels of risk and the expected returns, both financial and non-financial, of the impact products.”

He agreed with Colin Graham — chief investment officer of multi-asset solutions at Singapore-based Eastspring Investments, the Asian investment arm of Prudential — who reckoned there’s a huge possibility, if not 100 percent, that financial returns and positive social and environmental impacts are not mutually exclusive and can yield better investment performance.

Yet, there is also a very big “but” here. What remains unclear, Reynolds pointed out, is whether better returns are driven by fundamentals or demand.

The vibrant impact investing business worldwide in the past 20 years has created growing demand for social enterprises and impact-oriented projects. As economics suggests, when strong demand creates an impact on the price, the price goes up along with demand.

Therefore, it may not be more expensive, or could be even cheaper, to put money into positive impact projects. But, the real issue is such satisfactory returns could not be easily attributable, Reynolds noted.

What comes as a more pressing issue that hinders the less developed business from growing into a mainstream practice is a lack of criteria used specifically to judge the level of impact, he said.

Unlike in traditional finance, there is no common language in the socially responsible and purpose-driven finance. Such language ambiguity could be blamed for the inefficiency of the impact investing market. “This leaves an awful lot of work around definitions that really needs to be done,” said Reynolds.

At the moment, he pointed out, impact investing remains a practice where investors just pour money into what they believe makes the impact.

Such a definition question is nothing new in the old-fashioned investment world, he said. Even traditional investors cannot steer clear of the problem, such as whether Uber should be defined as a transportation company or a technology firm. This has much to do with their asset allocation and investment portfolio.

“Impact investing can mean totally different things to different people,” Chen noted. “The practice has challenged the long-held view that social returns should be funded by philanthropies, and financial returns by mainstream investors. But, as impact investing business bets big on the power of ‘double bottom line investing’, how to measure the social impact becomes a ‘sore spot’.”

“Such a sore spot, if coped with properly, is what makes impact investing a world-changing enterprise that deserves combined and unremitting efforts,” he reckoned.

Citing investment in a dam as an example, Reynolds said prospective investors may have the expectation of producing green energy to reduce carbon dioxide in the environment. They may set a numerical goal of offsetting 10 million tons of carbon dioxide. But what if they get only an 8-million-ton offset, a scenario that can be interpreted as failing to have the impact wanted?

The biggest barrier here is the difficult access to such data and information where investors could base their impact investment decisions, Reynolds said.

The example only marks one simple and ideal way of measuring the impact for a specific industry. The market, as a whole, however, simply goes without clear and uniformed standards that make the impact consistently measurable and quantifiable.

The impact investing industry today cries for a whole set of quantitative, research-driven methods within a single impact-measurement framework that are consistent across industries and businesses, said Chen.

The market is in dire need of more effective ways to accurately evaluate positive and negative impact to convince mainstream investors that financial returns would not be compromised or sacrificed in pursuit of social impact.

But the tide may be turning.

In markets like China where impact investing is still considered a niche, Reynolds believed the practice fits nicely with a broad investment evolution from narrowly focusing on short-term, volatile equities to a wider range of more diverse financial instruments and structures, including those more mature, longer-term securities designated to meet the retirement purpose.

Such a transition is afoot in China, a country whose savings rate stood at an astonishing 46 percent in 2016, compared to a global average of around 25 percent. Chinese retail investors, who have long been beset by a shortage of investment vehicles, have dominated the stock market, making it a playground and casino in their quest for quick profits.

As local retail investors move away from a short-term speculative mentality to a long-term wealth generation mindset, they will naturally have their eyes trained on impact investing — a practice that normally has a better financial performance over a longer horizon.

Impact investing is not a game exclusive to deep-pocket institutional investors, who, indeed, have what it takes to define what the “impact” should be. Retail investors also hold the admission tickets to play a part in. Looking ahead, there will be more impact-oriented ETF products available in the markets, Chen noted.