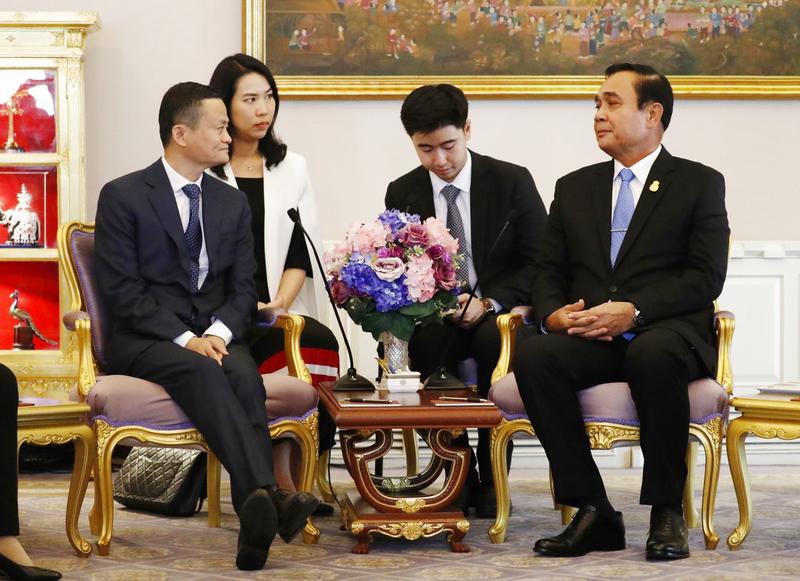 BANGKOK — The Chinese e-commerce giant Alibaba has agreed to step up investments in Thailand as competition between online retailers heats up in fast-growing Southeast Asia.

Thai PM Prayuth Chan-ocha said he asked Jack Ma to help Thailand to boost exports of rice, palm oil and rubber and to help the country's low-income and farm workers

The founder of the online shopping giant, Jack Ma, met with Thailand's prime minister, Prayuth Chan-ocha, Thursday and later signed several agreements, including one to help set up a "smart digital hub" in a showcase project called the Eastern Economic Corridor, to facilitate trade between Thailand, China, Laos, Myanmar, Cambodia and Vietnam.

Prayuth told reporters that the amount of investment involved would be determined later.

Reports said the hub, due to be completed next year, would also serve as a research and development center for Alibaba.

The Thai PM said he asked Ma to help Thailand to boost exports of rice, palm oil and rubber and to help the country's low-income and farm workers.

Ma told Prayuth that Alibaba could help develop logistics systems to speed up delivery of farm products, he said. 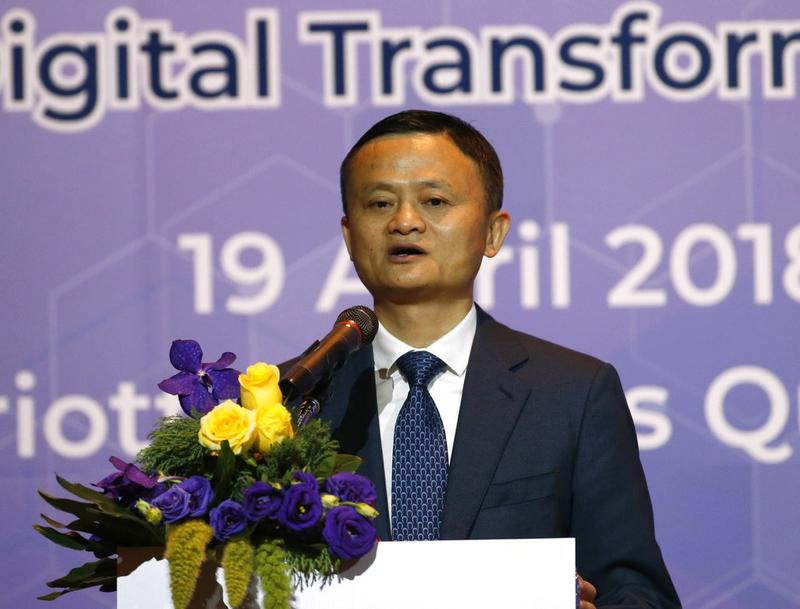 "Therefore, this is beneficial to Thailand. Don't think of this as being disadvantageous for Thailand," Prayuth said.

The government said Alibaba also plans to help train Thai entrepreneurs and small businesses in e-commerce and to set up an online tourism platform.

Alibaba and Amazon both have been expanding in Southeast Asia, an increasingly affluent region of more than 600 million people. E-commerce still accounts for less than 3 percent of retail sales in the region but is growing quickly.

Last month, Alibaba announced it was investing another US$2 billion in regional online retailer Lazada Group, doubling its stake in the company that it gained control of in 2016.