Iran: US sanctions on Khamenei mean end of diplomacy 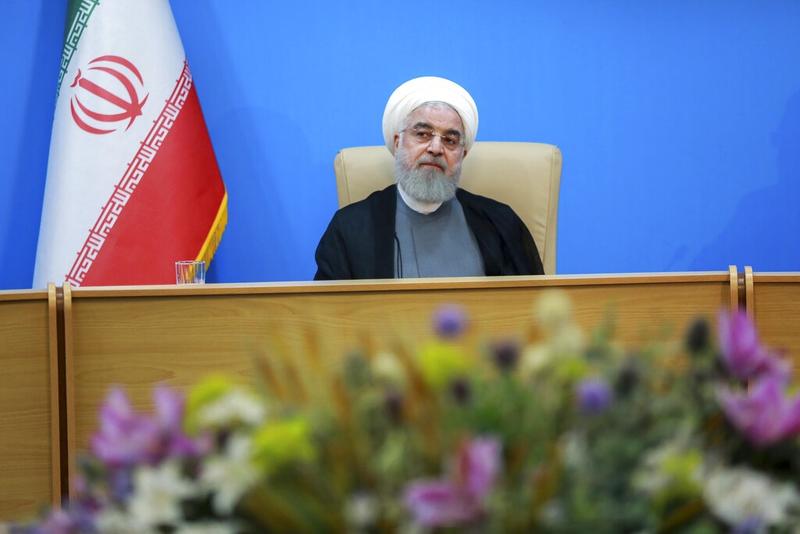 In this photo released by the official website of the office of the Iranian Presidency, President Hassan Rouhani attends a meeting with the Health Ministry officials, in Tehran, Iran, June 25, 2019. (IRANIAN PRESIDENCY OFFICE VIA AP)

TEHRAN - Iran on Tuesday slammed the Trump administration over new US sanctions targeting the Islamic Republic's supreme leader and other top officials, with the Foreign Ministry saying the measures spell "permanent closure" of diplomacy between Tehran and Washington.

Trump alleged that Iran's supreme leader "ultimately is responsible for the hostile conduct of the regime." The Ayatollah is Iran's utmost authority who has the last say on all state matters

"The fruitless sanctions on Iran's leadership and the chief of Iranian diplomacy mean the permanent closure of the road of diplomacy with the frustrated US administration," Mousavi said.

He alleged that the supreme leader "ultimately is responsible for the hostile conduct of the regime."

The Ayatollah is Iran's utmost authority who has the last say on all state matters.

Iran's President Hassan Rouhani described the White House as "afflicted by mental retardation," and called the sanctions against the Ayatollah "outrageous and idiotic," especially as the 80-year-old Shiite cleric has no plans to ever travel to the United States. 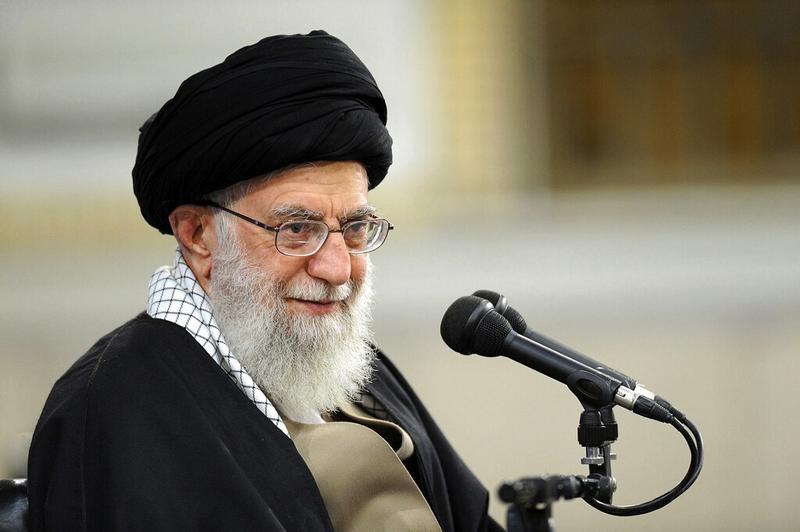 The sanctions imposed by the order will deny Iran's leadership access to financial resources, blocking them from using the US financial system or accessing any assets in the US.

US Treasury Secretary Steven Mnuchin revealed in a press conference that the new executive order will freeze billions of additional dollars in Iranian assets.

READ MORE: Iran blames US of blocking its participation in Security Council briefing

The newly signed executive order has allowed Mnuchin to impose sanctions on officials appointed to their position by the Iran's supreme leader. 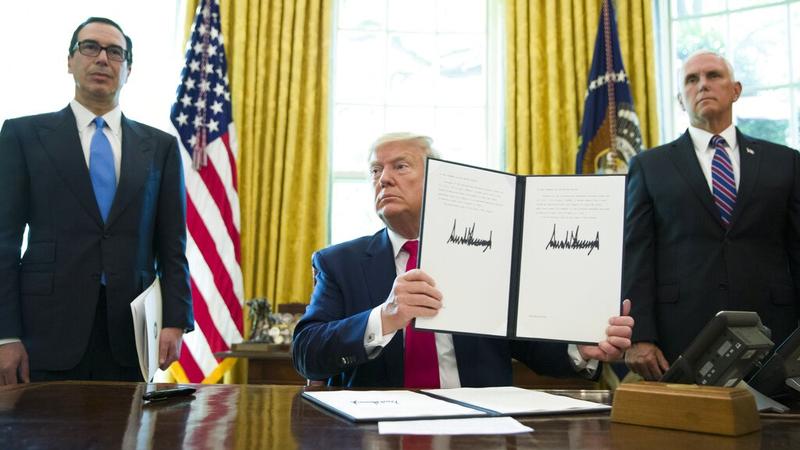 US President Donald Trump holds up a signed executive order to increase sanctions on Iran, in the Oval Office of the White House, June 24, 2019, in Washington. (ALEX BRANDON / AP)

Trump said Monday's move came after "a series of aggressive behaviors by the Iranian regime in recent weeks" including shooting down a US drone, which he described as "not good and not appropriate."

Iran said the US drone was flying over southern Iran. Washington said it was downed in international airspace over the Strait of Hormuz in the Gulf.

Also on Monday, US Treasury announced that it has blacklisted eight senior commanders of Navy, Aerospace, and Ground Forces of the Iranian Islamic Revolutionary Guard Corps (IRGC), citing their supervision over the IRGC's "malicious regional activities."

Zarif, in response to the US new sanctions, said in a tweet that the hawkish senior US officials close to Trump "despise diplomacy, and thirst for war"

As a result of today's action, all property and interests in property of those individuals that are in the US or in the possession or control of US persons must be blocked, said the Treasury in a statement.

While intensifying the economic pressure on Iran, Trump avoided further stoking the already tense military tension in the region.

"We do not seek conflict with Iran or any other country," he said on Monday, adding that he looks forward to "discussing whatever I have to discuss with anybody that wants to speak."

From Israel, Trump's national security adviser John Bolton said talks with the US were still possible and that the US is leaving an "open door" for Iran to walk through.

Zarif, in response to the US new sanctions, said in a tweet that the hawkish senior US officials close to Trump "despise diplomacy, and thirst for war."

But he said Iran will never pursue a nuclear weapon, according to the IRIB news agency.

Iranian ambassador to the United Nations Majid Takht Ravanchi, meanwhile, told reporters in New York that Iran would not accept talks with the United States while it is under the threat of sanctions.

Tensions remain high in the region over Iran's downing of a US military drone last week and Trump's decision to abort imminent military strikes against Iran in retaliation.

Over the past month, Washington has beefed up its military forces in the Middle East, which Iran described as a disturbing element.

Iranian President Hassan Rouhani said on Sunday that military intervention of the US in the region has caused problems for the nations, semi-official Fars news agency reported.

Ties between the US and Iran have deteriorated significantly after Washington walked away from the landmark 2015 Iran nuclear deal in May 2018 and reimposed energy and financial sanctions, which had been removed under the deal, on Iran.

Iran will take new steps to reduce its commitments under its nuclear deal with world powers on July 7, the Secretary of the Supreme National Security Council, Ali Shamkhani, said on Tuesday, according to the Fars news agency.