'Smart Prison' facilities soon to get pilot run in HK 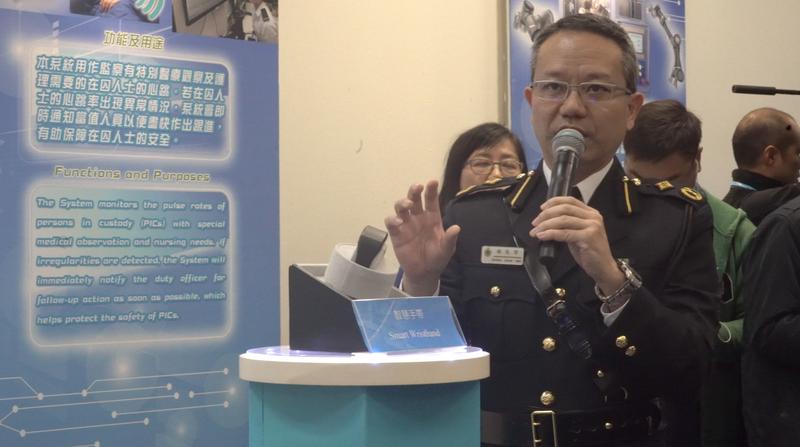 Hong Kong’s Correctional Services Department will launch four high-tech trial projects in some local prisons and correctional institutions to enhance the efficiency and security of prisons.

At a press conference on Thursday morning reviewing the department’s work in 2018, CSD Commissioner Woo Ying-ming said these pilot projects, under a “Smart Prison” initiative, will be introduced in the first half of the year.

New equipment, including a new CCTV system with video analytic monitoring functions, smart wristbands for prisoners and a drug-detection robotic arm system, will be used, he revealed.

Woo said the application of new technologies aims to enhance the efficiency of institutional management and operations and improve readiness in emergency situations.

In Pik Uk Prison, New Territories, the new CCTV system has been installed in four dormitories. This is to assist staff in monitoring abnormal and bad behavior by people in custody via video analytics, explained Senior Superintendent (Penal Operations) Ng Chiu-kok.

Once cameras capture prisoners’ abnormal actions — such as fights, committing suicide, passing out or climbing up inside the prison, the system sends warning signals. Staff will hear this and respond, explained Ng.

The new CCTV system in the four dormitories is only the first step. Ng said it would be extended to all dormitories for night use. He added that the expanded program is expected to be completed in the fourth quarter of 2021.

In addition, smart wristbands for prisoners will be trialed at Lo Wu Correctional Institution in the first quarter of the year. This is also to monitor prisoners’ health and their movements.

CSD Assistant Commissioner Yeung Chun-wai said some prisoners — such as those under special medical observation and nursing care wear these gadgets. Staff can then monitor their pulse rates and overall health.

The smart wristbands are expected to be launched at a hospital and two dormitories of Stanley Prison, wards of a hospital of Tai Lam Centre for Women and Siu Lam Psychiatric Centre by the fourth quarter of 2021.

A drug-detection robotic arm system will be deployed on a trial-basis at one CSD reception center in the second quarter. This is to improve frontline staff’s work environment and relieve pressure, Yeung said.

After installation of the system, newly admitted prisoners will be required to defecate into a specially made potty. Then the equipment will detect if there are drugs concealed in prisoners’ feces.

Under current practice, staff have to manually conduct the examination with simple tools.

According to data provided by the CSD, in 2018, there were 25 cases of smuggling drugs into correctional institutions, including 16 cases of drugs being concealed in body cavities.