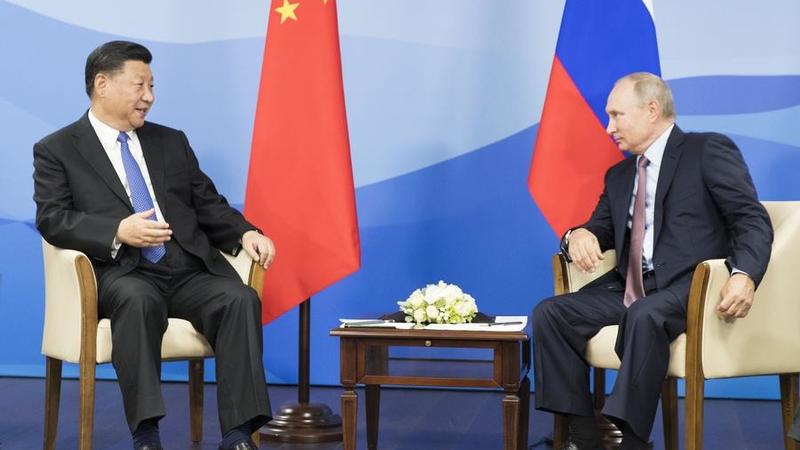 The two heads of state made the remarks while attending a roundtable meeting on regional cooperation between the two countries on the sidelines of the 4th Eastern Economic Forum (EEF), which runs from Tuesday to Thursday in Vladivostok in Russia's Far East.

Noting that China and Russia are each other's biggest neighboring country and most important comprehensive strategic partner, Xi said it is conducive to address risks and challenges, as well as boost development to strengthen cooperation and deepen interests.

For future cooperation at subnational levels, the Chinese president encouraged local governments to strengthen overall planning and coordination, optimize policies, forge more partnerships, as well as to create a better business environment for companies to invest in each other's regions.

Xi also asked local governments to give full play to their complementary advantages and their distinctive sectors, push for more precise ways of cooperation, and create highlights in cooperation.

In addition, he called for increasing people-to-people and cultural exchanges, cementing the mainstream public opinion and social foundation for cooperation, and promoting institutionalized and regular exchanges in culture, tourism, education and media at subnational levels.

Xi said that it is the right time for the two countries to strengthen regional cooperation as he and Putin had agreed to designate 2018 and 2019 as the years of China-Russia local cooperation and exchange.

China and Russia's governments will support their local regions in making the pie of cooperation bigger and sharing the fruits of cooperation, Xi said, while expressing the hope that the representatives of Chinese and Russian regional governments at the roundtable can grasp the opportunity to usher in a new era in China-Russia subnational cooperation and contribute more to bilateral relations.

Pointing out that subnational cooperation is an important part of the Russia-China comprehensive strategic partnership of coordination, Putin said he is delighted that the local regions of the two countries have carried out close economic and trade cooperation as well as people-to-people and cultural exchanges.

The Russian government welcomes Chinese businesses to invest in the country and is willing to continue to offer favorable conditions to strengthen subnational cooperation between the two countries, he said.

Under new circumstances, Russia and China should improve connectivity, promote trade and investment liberalization and facilitation, deepen friendship between the two peoples, and push for more results from subnational cooperation that can benefit the two peoples, Putin said.

Xi arrived in the port city of Vladivostok on Tuesday to attend the EEF. He will address the plenary session, the main event of the forum, on Wednesday.

The EEF was launched in 2015 on the personal initiative of Putin. Xi's attendance will be the first by a Chinese head of state at the forum.