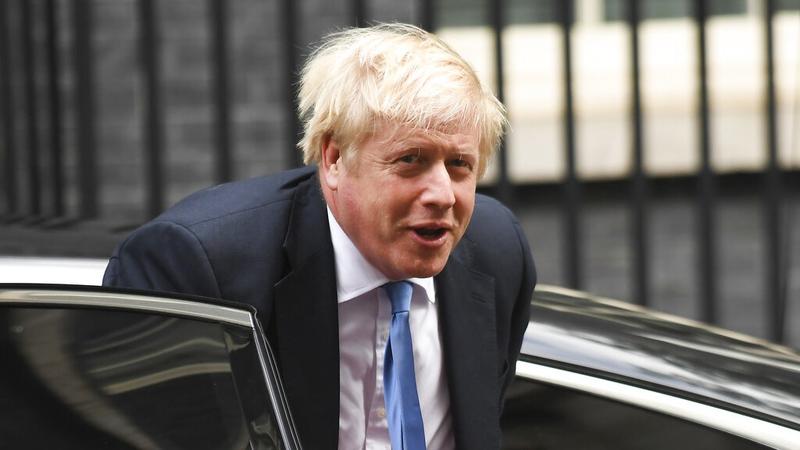 British Prime Minister Boris Johnson was given a week by the European Union to revise his Brexit deal or risk a humiliating postponement of the UK’s departure just as support was building at home for his plan.

The EU’s chief negotiator, Michel Barnier, told a private meeting of European senior diplomats that the latest British blueprint for post-Brexit arrangements along the border with Ireland fell far short of his conditions for a deal, three EU officials said

The EU’s chief negotiator, Michel Barnier, told a private meeting of European senior diplomats that the latest British blueprint for post-Brexit arrangements along the border with Ireland fell far short of his conditions for a deal, three EU officials said.

Meanwhile, there were signs an accord might finally get through the UK Parliament as some Brexit hard-liners and those on the pro-EU side of the governing Conservative Party said they would fall into line.

After more than three years of brinkmanship and bickering, Johnson finds himself in the opposite position to his predecessor -- but one no less risky to his leadership. Theresa May lost her job because she struck an agreement with the EU and couldn’t get it through Parliament.

Johnson’s future now rests on whether he can reach a compromise with Brussels while still keeping his new converts on board at home.

The EU will make a decision in a week about whether the two sides are closing in on a deal as they demanded the British government come up with a better offer. In a sign of the determination to thrash out an agreement, David Frost, Johnson’s envoy to the EU, immediately resumed talks in Brussels and will continue on Friday. Johnson himself may hold meetings in several European capitals over the weekend, officials said.

After politely welcoming the proposals on Wednesday, the main European institutions broke cover to criticize the plans.

European Council President Donald Tusk, who spoke by telephone to Johnson and Irish President Leo Varadkar, said he was “unconvinced” by the proposals. European Commission President Jean-Claude Juncker described them as “problematic,” while the European Parliament, which has a veto over the final deal, said it had “grave concerns.”

European Council President Donald Tusk said he was “unconvinced” by the proposals. European Commission President Jean-Claude Juncker described them as “problematic,” while the European Parliament said it had “grave concerns”

A spokeswoman for the British government said it didn’t accept the downbeat assessment from European leaders and that progress had been made.

Johnson has promised to pull the UK out of the EU on Oct 31 regardless of what happens next, though Parliament has already legislated against a “no-deal” Brexit. A Scottish court will start hearing a case on Friday designed to ensure he complies.

After two missed Brexit deadlines already this year, the clock, as ever, is ticking. It’s now impossible to see a deal being done in time unless Johnson makes fresh proposals, two EU officials said. Barnier told diplomats Johnson’s response needed to be urgent and sustainable.

Johnson’s Brexit plan can’t be negotiated by Oct 31, Norbert Roettgen, the chairman of the foreign affairs committee in the German parliament said in a tweet. “If UK is serious about this, it must seek extension,” he said.

But in London, as the British parliament debated Johnson’s plan, it became clear that the new deal would receive the backing of rival factions of his Conservatives, some opposition Labour parliamentarians and the Northern Ireland’s Democratic Unionist Party. The deal reached with the EU a year ago by May was rejected three times.

Indeed, the lukewarm response from the EU raised the temperature between Belfast and Dublin as politicians traded blows over the plan. Irish Foreign Minister Simon Coveney said his government would never accept any proposal that gives Northern Ireland an effective veto over the measures. DUP leader Arlene Foster accused him of rejecting a “reasonable offer” and “paving the way for a no-deal Brexit.”

The EU believes Johnson’s plan doesn’t work because it leaves Northern Ireland subject to different customs rules from the Irish Republic, and leaves working out how to do customs checks on goods traveling between the two countries until after Brexit.

Brussels also doesn’t accept giving Northern Ireland’s assembly a veto over the plan every four years, fearing it could be left not being able to control the EU frontier at all. The assembly in Belfast, meanwhile, has been suspended since January 2017 after a dispute between the two main parties, the DUP and Irish nationalists Sinn Fein.

In a sign that all is not lost, it emerged that Johnson may be prepared to countenance an alternative plan and keep Northern Ireland in the customs union as long as the EU put a time limit on it, two people familiar with the matter said.

That idea is not something the EU is formally considering, but officials didn’t rule out that it could be an element of an eventual compromise.