By Prime Sarmiento in Hong Kong & Chen Yingqun in Beijing 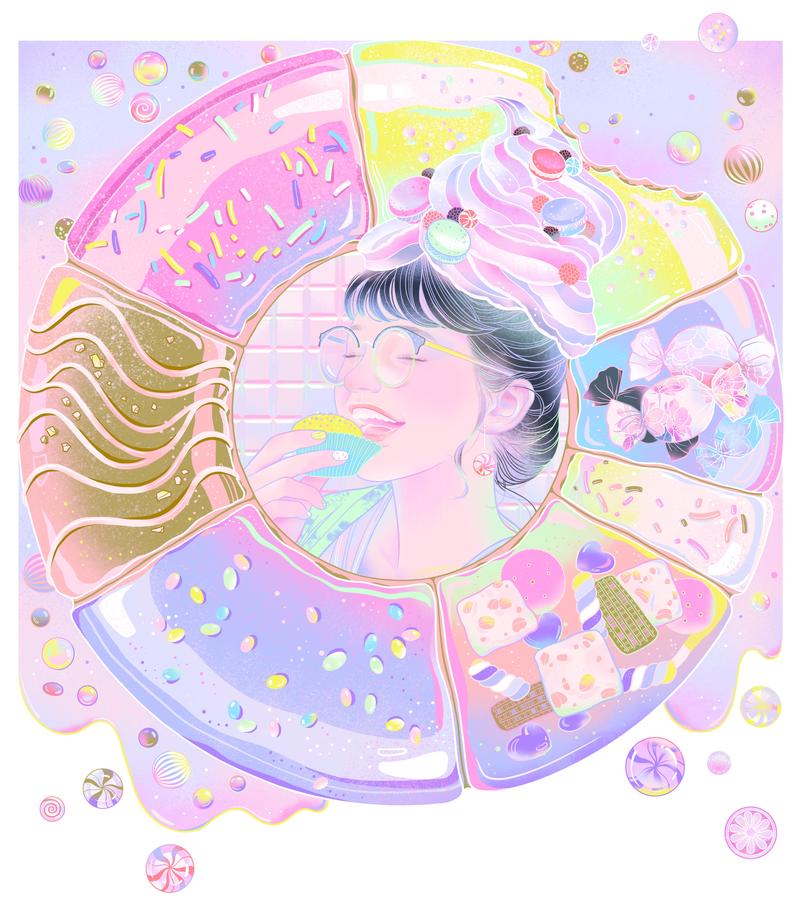 Despite its unattractive name, zangzangbao (dirty, dirty bread) is a popular snack in China. Food lovers line up at teahouses and bakeries eager to snap up the chocolate-and cream-filled croissants with a dusting of cocoa powder on top.

The snack was introduced by a trendy Beijing bakery in 2017, and the name reflects the fact that it can be quite messy to eat. Customers usually end up with sticky fingers and lips after eating the sweet treats.

Sweetness can bring happiness and pleasure to people, and diversified products can meet different consumers' requirements. That is why the brand has become so popular

Zangzangbao is just one of the trendy snacks that are appealing to a rising number of consumers with a sweet tooth. The country's expanding middle class is demanding tasty, sweet food, drinks such as bubble milk tea and luxury chocolate.

The demand for sweet delights is rising in tandem with China's influence on the global sugar trade.

It is the world's second-biggest sugar importer, and analysts expect this huge demand to continue dictating pricing trends in the next few years.

Charles Clack, a commodity analyst at Rabobank, a banking and financial services company in the Netherlands, said: "Local production is expected to stay relatively stable in the coming years, but will not be enough to satisfy overall Chinese demand for sugar. Imports will be key to satisfying China's sweet tooth. A marginal improvement in Chinese demand in coming seasons may also see imports rise slightly."

According to the United Nations Food and Agriculture Organization, China will be one of several Asian countries that will experience their largest increases in sugar consumption in coming years. From last year to 2027, it expects China's sugar consumption to rise by 1.9 percent on average annually.

According to the OECD-FAO Agricultural Outlook 2018-2027, rising demand for processed products, sugar-rich confectionery and soft drinks in Asia's urban centers will boost demand for sugar. The report is released by the Organisation for Economic Cooperation and Development and the UN Food and Agriculture Organization.

Despite growing awareness that higher sugar consumption can be unhealthy, she said these consumers prefer food and drink products that are tasty. "They don't pay much attention to the nutritional information (on food labels), as they just want to enjoy and indulge," she said.

For example, Li cited the bubble tea craze, which often sees consumers line up for hours for the drink. She said a Mintel survey last year found that only 5 percent of respondents ages 18 to 49 did not buy any bubble tea during the survey period from June to August. 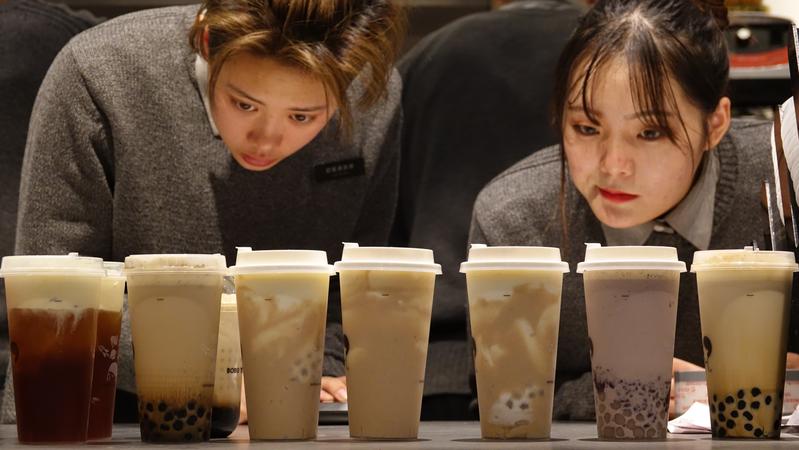 Customers wait for more than one hour in lines to get a taste of the bubble tea and cheese tea at the newly-opened store of HEYTEA in Qingdao, Shandong province. (YOU ZHENG FOR CHINA DAILY)

"The rise of tea shops in recent years has lured a large number of Chinese consumers to drink beverages such as milk tea, fruit tea and cheese tea. These drinks all have high quantities of sugar," she said.

Featuring fresh-cut fruit, a sweet cheese topping and freshly brewed tea, HEYTEA has become a popular brand with young consumers. Many line up for at least half an hour just to buy a cup of the beverage.

Since 2017, the 6-year-old brand has doubled the number of its shops, including tea vendors and teahouses, to 198. The best monthly sales for a single shop reached 4 million yuan ($578,000), according to Huo Wei, HEYTEA director of communications.

"Sweetness can bring happiness and pleasure to people, and diversified products can meet different consumers' requirements. That is why the brand has become so popular," she said.

Huo said HEYTEA keeps introducing new products to consumers, which can attract younger people who like to try new things.

"We will develop new products in line with the characteristics of a particular city and based on different seasons," she said. For example, in Beijing, HEYTEA has produced a special product for the city, which mixes the liquor baijiu and osmanthus tea.

Gan Lin, 29, who is a big fan of sweet foods, opened a bakery in Mianyang, Sichuan province, after graduating with a law degree. She sells cakes made to order and sweets that are intricately designed and follow the latest trends. Her main customers are young women and children.

The women take cakes and candies with their afternoon tea, which has become a popular activity for them, and they are easily attracted by products that are attractive or feature unique designs, Gan said.

She added that candies that make people feel happier are also proving popular. 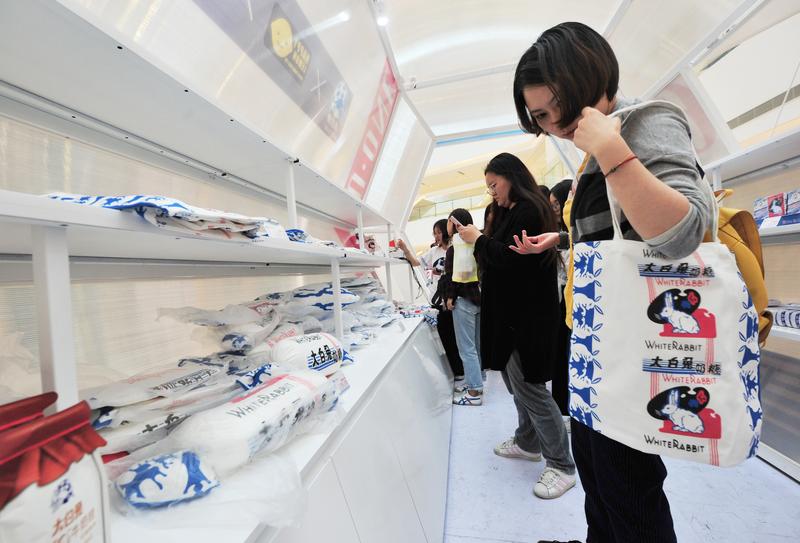 Children are usually interested in chocolate cakes and candies. Many now buy them for breakfast, as their busy parents don't have time to prepare this meal for them.

Mauro De Felip, general manager of chocolate brand Ferrero China, said that compared with other developed markets in Asia, individual consumption of chocolate in China is much lower, at 200 grams per capita annually. In Japan and South Korea the figure is 2,000 grams.

"The chocolate market in China is booming and there's plenty of potential for growth," he said.

Ferrero's business in China has grown steadily in recent years, contributing a considerable proportion of the Ferrero Group's growth.

"We believe the rising chocolate industry in China is driven by the huge consumption potential from a continually expanding middle class, as well as growing needs in lower-tier markets driven by urbanization. This creates potential for the mid-to premium-end market in particular," he said.

Li, the Mintel director, said the rise in food delivery services has also led to increased sugar intake, judging by the popularity of dishes with a high sugar content such as sweet and sour pork ribs and soy-braised pork.

Another factor is the increased demand for processed food as people live faster-paced lives.

According to the latest report from the US Department of Agriculture, China's food and beverage manufacturing industries grew by 6.7 percent in 2017, accounting for 70 percent of the nation's sugar consumption.

"Contacts in the industry report that consumption growth is mainly driven by carbonated beverages, as well as dairy products, especially yogurt," the report said.

"Yogurt producers reportedly prefer to use natural sugar in their products in order to improve the taste."

According to the International Sugar Organization in London, China is among the world's 10 biggest sugar-producing countries, with annual output pegged at 10 million metric tons. But local production can barely cope with increasing demand. 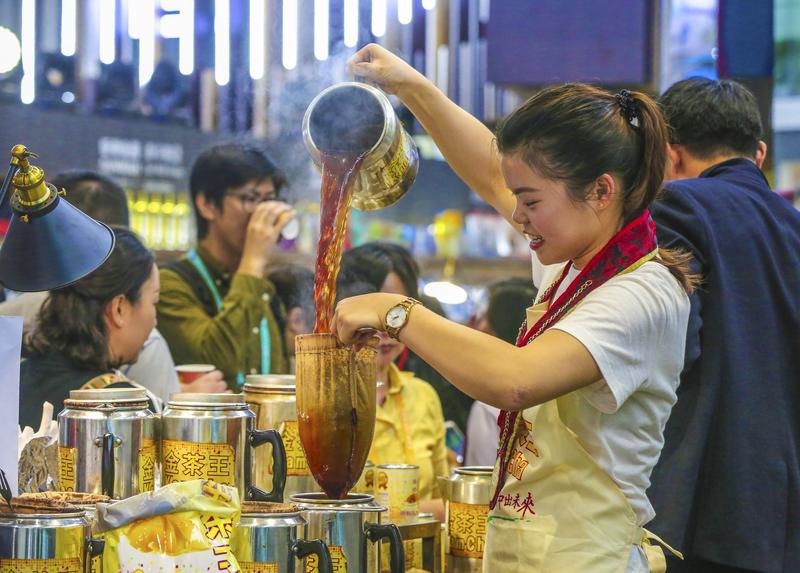 The Ministry of Agriculture and Rural Affairs expects domestic sugar output to rise by 4.2 percent year-on-year to 10.68 million tons from October last year to September this year, according to a Xinhua News Agency report.

China's sugar imports, even though unchanged from the previous year, are still seen as a supportive factor in a market recovering from last year's historic lows.

Last year, raw sugar futures traded on the Intercontinental Exchange fell to a 10-year low of 10 cents a pound (0.45 kilograms), pressured by bumper crops in key exporters Thailand and India. The health-and-wellness trend has also dampened sugar demand in Australia, the United States and Europe.

Prices have recovered slightly this year, with raw sugar futures trading at 12 to 13 cents per pound on the exchange in the first week of last month.

Asian sugar exporters are embracing the opportunities offered by the Chinese market. For example, Pakistan will export 300,000 tons of sugar to China this year, based on an arrangement reached by the two countries' governments, according to media reports.

In India, the Ministry of Commerce said the Indian Sugar Mills Association has sealed a contract with China National Cereals, Oils and Foodstuffs Corp to export 15,000 tons of raw sugar. The ministry also said in a statement that India plans to export 2 million tons of raw sugar to China this year.

In late April, MSM Malaysia Holdings, one of the world's biggest sugar refineries, shipped 7,000 tons of sugar to China. In a statement issued on April 26, the Kuala Lumpur company said it was its first shipment to the country.

John Stansfield, senior analyst at Group Sopex, a sugar trading house in London, said, "China is a key factor for the sugar market in 2019."

He said the country's crackdown on the smuggling of refined sugar will encourage raw imports of the commodity to be refined domestically. This, in turn, will support the global trade in raw sugar.

But such support could be limited, at least in the near term. Analysts note that a huge sugar surplus remains in the global market, with China holding a big inventory. The US Department of Agriculture estimates that China has more than 5 million tons in its reserves.

Stansfield said that overall Chinese sugar import demand is likely to remain restricted, as there are still very large reserves that can be released on to the domestic market.